According to a recent press release, Singapore Airlines’ Low Cost subsidiary Scoot is planning to open flights between London Gatwick (LGW) and Singapore (SIN) via Bangkok (BKK). The airline has stated that this will be the only Low Cost connection between London and the two Asian destinations, and it will compliment the existing frequent flights from London Heathrow (LHR) operated by the parent company, Singapore Airlines. 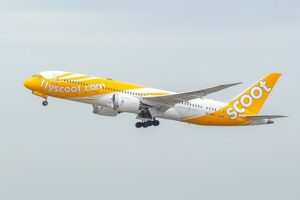 The airline will fly its Boeing 787s between SIN and LGW with one stop in Bangkok, where, thanks to its fifth-freedom rights, it will be able to carry passengers between any point of the route.

Scoot’s new service will start on 16th December 2021, with eight rotations during Christmas holidays, and it will then restart on 22nd March 2022 with two weekly flights, increasing to three from the following week (when IATA Summer season starts). This is the outline of operations starting from the end of March 2022:

The progressive relaxation of international borders presents new opportunities for airlines and travelers alike. With the ability to now travel quarantine–free between the United Kingdom and Thailand, Scoot is excited to introduce the only low–cost option between Bangkok and London offering our unique combination of great value and great experience with a touch of Scootitude. 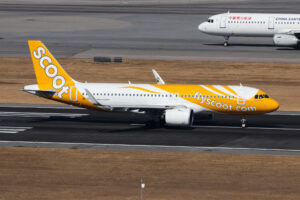 Why does this route make sense?

London to Bangkok and London to Singapore are two very important markets, which used to offer huge capacity pre-pandemic. Now that Thailand is gradually reopening and Singapore has implemented VTL (quarantine-free Vaccinated Travel Lanes), the capacity in the two markets is ramping up.

In January, Taiwanese EVA Air and British Airways will both restart flying between London Heathrow and Bangkok with daily flights, while Thai Airways is currently offering four weekly direct flights to Bangkok and three weekly via Phuket (HKT).

From Singapore, Singapore Airlines is flying three times a day to the British capital, along with British Airways flying four times a week. Qantas will join with daily flights starting from March.

In these markets dominated by Full-Service carriers, Scoot wants to offer a low-fare option, suitable for price-sensitive passengers.

On another note, this is not the first time we see a Low-Cost service between London and Singapore: between 2017 and 2019, Norwegian used to operate the route directly, four times a week. Despite the success of the route in terms of passengers, the route was discontinued for “network adjustments”.

The opening of London operations will also support Scoot’s long haul expansion: in Europe, the airline is currently flying daily between Berlin (BER) and Singapore, with a stop in Athens (ATH) three times a week. The airline also sells tickets on the BER-ATH sector, for as little as £44 one-way.

Additionally, the airline flies three times a week from Singapore to Jeddah (JED), and it offers a total of 18 weekly flights to Australia, where it flies to Perth, Melbourne and Sydney. Flights are operated with a Singapore Airlines codeshare, complimenting the parent company’s operations.

Scoot will offer the cheapest fares for such long flights, with tickets starting from £210 between LGW and SIN and £177 between LGW and BKK. The lowest fare include only the seat itself; luggage, food and any other ancillaries are offered for a fee.

The airline also offers a premium product called ‘ScootPlus’, where the fare includes a larger seat in front of the plane, luggage, meals on board, priority boarding and 30MB Wi-Fi throughout the flight, with fares starting at around £249 one-way.

Interestingly, Scoot offers also a cabin in between Economy and ScootPlus, called “Scootinsilence Quiet Zone”: seats are fairly larger than Economy and they have adjustable headrests; moreover, no kids under 12 years old are allowed on this specific cabin! 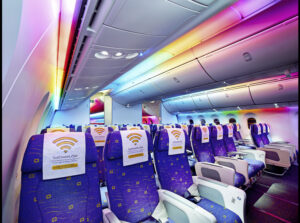 What do you make of this new low-cost long-haul route? Let us know in the comments!

Airbus ventures into Skywise with Vietnamese IT Giant