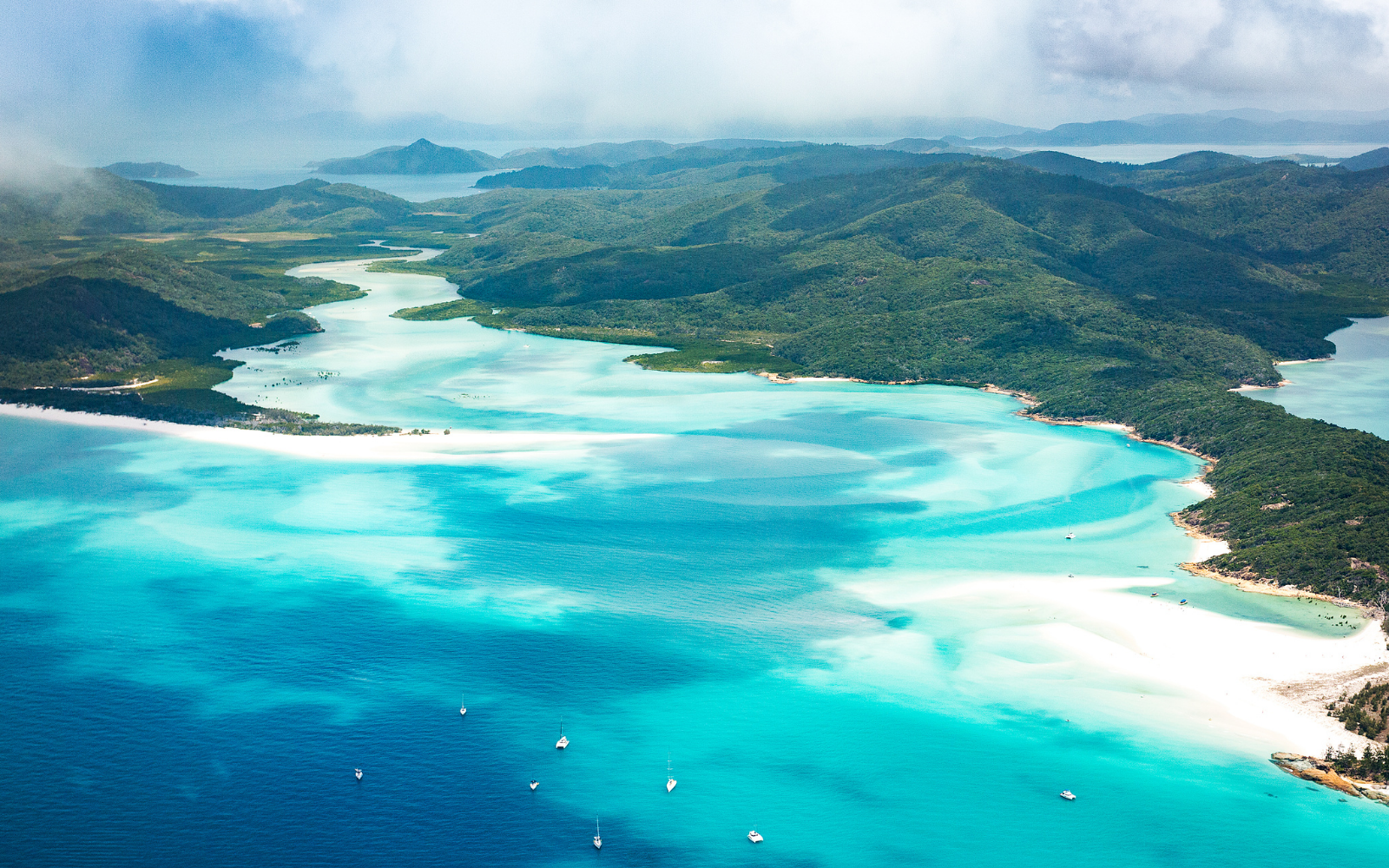 After an absence of seventeen years, Qantas finally landed on the Whitsunday coast with a new route from Brisbane Airport. The flying kangaroo will run return flights between the Queensland capital of Brisbane and the idyllic stretch of coastline seven days a week. The first flight from this new route was met with celebrations on the ground as it landed at Proserpine Airport this afternoon.

Qantas Opens Gate To The Tropical North Of Queensland

With seven weekly return flights, Qantas has committed to driving tourism back into the tropical north of Queensland as well as access to the great barrier reef. QantasLink will operate the flights with their 74-seat Q400 turboprop aircraft, adding more than 1000 seats to the route per week.

QantasLink CEO John Gissing said the new route opening has come just in time for the school holidays, giving those wishing to explore the Whitsunday coast more options. The QantasLink flights will run alongside Jetstar’s ten weekly flights on the same route. Jetstar flights from Melbourne and Sydney will restart when the New South Wales and Victoria borders reopen.

We have already seen a great response for our new flights to the Whitsunday Coast and we’re pleased to be making it easier for Australians to explore this fantastic region with its world-famous beaches, – said Mr Gissing.

Mr Gissing believes the new route will be welcomed by North Queensland residents and business owners as the added tourism will help the region recover from the effect COVID19 has had on the economy.

Once borders reopen, these flights will open up the Whitsunday Coast to Qantas customers across the country and ultimately from around the world who will be able to seamlessly connect through Brisbane from our extensive domestic and international networks. More visitors will be great for the north Queensland economy with flow on benefits for local businesses in their recovery from the impact of COVID.

Times will vary from the rest of the week on Tuesdays and Saturdays, with the QF2526 flight leaving at 10:00 and arriving on the North Queensland paradisical coast by midday. A shorter turn-around time on the ground will see the return flight leaving just 25 minutes later and scheduled to arrive in Brisbane by 14:20.

Whenever Qantas launches a new route, it’s sure to create some buzz. But it’s worth remembering the same route with Jetstar is considerably cheaper, quicker and more frequent. Qantas tickets start around A$193 (141USD) while Jetstar is pricing the same route at A$137 (100USD), a significant difference in price for those hoping to spend extra at the destination while arriving, on average, 20 minutes ahead of Qantas customers. However, it is worth remembering that the Qantas Fly Flexible policy offers customers who book flights before the 28th of February 2022 some extra flexibility with fee-free date changes.

Will you be heading the Queensland’s tropical north this summer? Let us know in the comments!

Read Article
Airbus has not released a brand-new airplane in a while, and there has been some speculation going around…
Read Article
A Berry Aviation Embraer EMB-120 suffered a landing gear failure during climbing, resulting in an emergency belly landing…