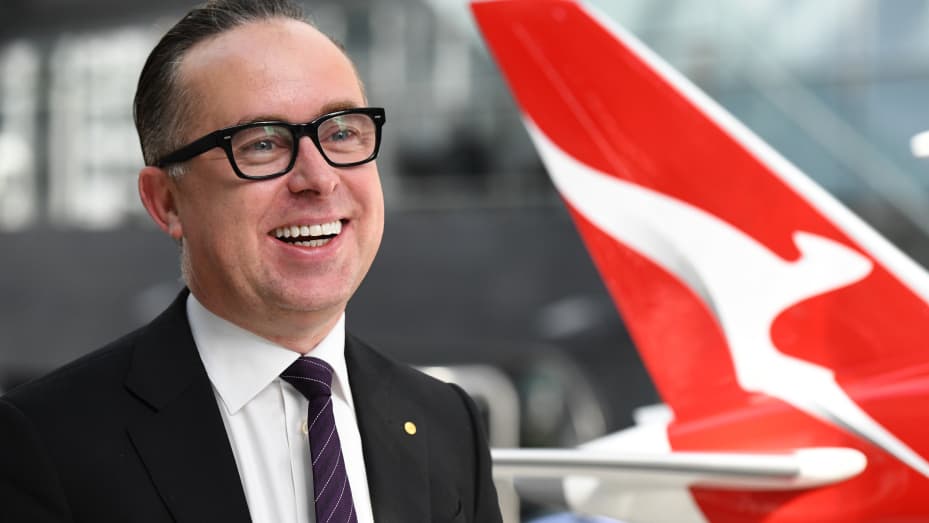 We all love a good villain, and there’s no better villain than the big CEO that earns our yearly wage before their cup of coffee on a Monday morning. Qantas CEO Alan Joyce is well known for earning a tasty salary package. In 2017 alone, he made nearly as much as it would cost to purchase a Gulfstream G450 private jet. But what would a major airline boss do with a private jet?

A Salary Package Most Aussie’s Can Only Dream Of

If I put my entire life savings on the table next to Alan Joyce’s 2020/21 salary package, there would be A$1.979 million and a bunch of red-notice letters. Take a wild guess who those letters belong to. I know what you’re thinking. Surely the pandemic hasn’t hit Australia’s highest-earning CEO that badly?!

While that salary would make the average joe and their accountants slobber, it’s a significant pay cut on Joyce’s usual take-home salary. The Qantas CEO is still largely remembered for making headlines in 2018 when he became Australia’s highest-paid exec. The Qantas 2018 annual report showed that he had a total package, including share price growth, of A$24.584 million in fiscal 2017.

Qantas released their latest annual report on Friday, revealing exec salaries for the year. Remuneration committee chairman Paul Rayner said CEO Alan Joyce’s pay package was marginally higher compared to previous years. This is reflected in the one month of zero-base pay and three months of reduced salary in the calendar year to June 30th. Chairman Rayner went on to say that Qantas executives have gone two years without annual incentives despite the pandemic increasing demands on their jobs.

In 2021/22, our executive cohorts are again facing both an extremely high workload and the prospect of a third year of no annual incentives being awarded – Paul Rayner, Qantas remuneration committee chairman.

For Paul Rayner, the focus is on retaining key executive staff while moving into a post-pandemic recovery phase. He voiced his concerns about losing staff due to not being able to offer salary based incentives and bonuses.

In that context, it is more critical than ever that the group retains its talent, because the delivery of the three-year recovery plan and the other key outcomes required to set our business for success beyond the pandemic depends upon the effort and acumen of our executive leadership in particular. The board is particularly concerned that a continued loss of capability and experience will materially inhibit the group’s ability to deliver the key outcomes required for success beyond the pandemic.

Paul Rayner has said that Qantas is thinking about how it can incentivise its workforce, with any changes to the remuneration framework deferred until the second half of 2021/22. Meanwhile, Alan Joyce has offered to postpone the decision until at least August 2022 on the subject of his long term incentive plan rights.

Qantas announced on August the 26th that the Australian flagship airline made a before-tax loss of A$2.35 billion for the first full year affected by the Covid pandemic. On top of this, Qantas stood down around 40 per cent of its full workforce, highlighting the toll the pandemic has taken on both international and domestic aviation. However, Alan Joyce remains confident that better times await us, predicting some form of international travel as early as November after New South Wales hit their vaccine target of 80 per cent first dose last week.

With aviation on the cusp of a revival in Australia, will you be travelling to the land down under, or will you be on the first flight out? Let us know in the comments!

The UK says farewell to the Traffic light system

Read More
The worldwide pandemic brought commercial air travel to a sudden and abrupt halt. When planes were grounded and…
Read More
AirAsia have announced that they have pledged to keep on all current employees, despite 96 percent of their…
Read More
Women run the world, it’s no secret. So why is aviation still an unequal minefield for ladies to…