Portugal’s aviation regulator has rejected plans to build a second airport in Lisbon. The National Civil Aviation Authority (ANAC) refused the plans as a unanimous favourable vote was not given by all the communities that would be affected by a new airport in the city.

Future of a second airport uncertain

It it a huge blow for the Portuguese Government as a second airport to help with the country’s infrastructure has been debated for a number of decades. The second airport was proposed to be at the existing Montijo military air base in the Lisbon metropolitan area. In a statement released by ANAC yesterday, they said that the reason for the rejection was due to a law that means all communities need to agree for the project to go ahead. 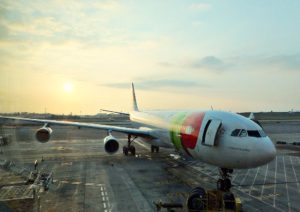 Despite the plans receiving two communities in favour for a second airport in Lisbon, two unfavourable votes were given and one not presented at all. Therefore ANAC said: “It is concluded that ANAC is obliged to reject the request outright” under Decree-Law no. 186/2007.

Last year, the Portuguese Government said that this law should be changed.

Why does Lisbon need a second airport?

The decision by the ANAC is a setback for the Portuguese Government as plans for the airport were initially considered due to Lisbon’s only airport, Humberto Delgado Airport operating at maximum capacity.

In 2019, the government signed an agreement with ANA – Aeroportos de Portugal (the country’s airports manager) to increase Lisbon’s airport capacity and transform Montijo’s air base to a secondary airport in the capital, whilst also investing €1.15 billion by 2028 to increase Lisbon’s current airport.

The statement released by ANAC also showed that some of the communities had concerns over the impact increased flight activity at Montijo would have on the environment. The Montijo site is on the Tagus estuary, a nature reserve where thousands of wetland birds congregate on their journey between Northern Europe and Africa. The site is currently protected under numerous international treaties due to its importance for these protected species leaving questions on how this airport would affect the habitat if it is eventually approved. 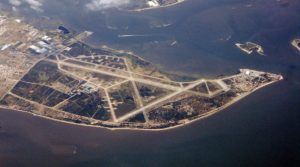 It is unclear where the decision made by ANAC leaves the Portuguese Government now on what would have been one of their biggest infrastructure projects to date. It seems all the while the law gives the control to the communities, the plans will be rejected which raises concerns for Lisbon’s only airport with the increasing tourism the city attracted before the pandemic.

Let us know what you think about the debate and whether you think Lisbon should get a second airport below.