Earlier this week, on 26 February 2021, A Boeing 737-700, belonging to Linhas Aereas De Mocambique (LAM), overshot the runway at Quelimale, Mozambique. Through this write-up, you will learn all about this incident and how it happened.

LAM is the main carrier of Mozambique and has a small fleet of 6 jets that fly to multiple destinations in Africa. The airline’s fleet includes Boeing 737-700s, Bombardier’s Dash-8s, and Embraer 190s. Founded in 1937, the airline has many codeshare agreements with several airlines such as TAP Air Portugal and many more. However, with the COVID-19 pandemic, the airline has been facing losses. 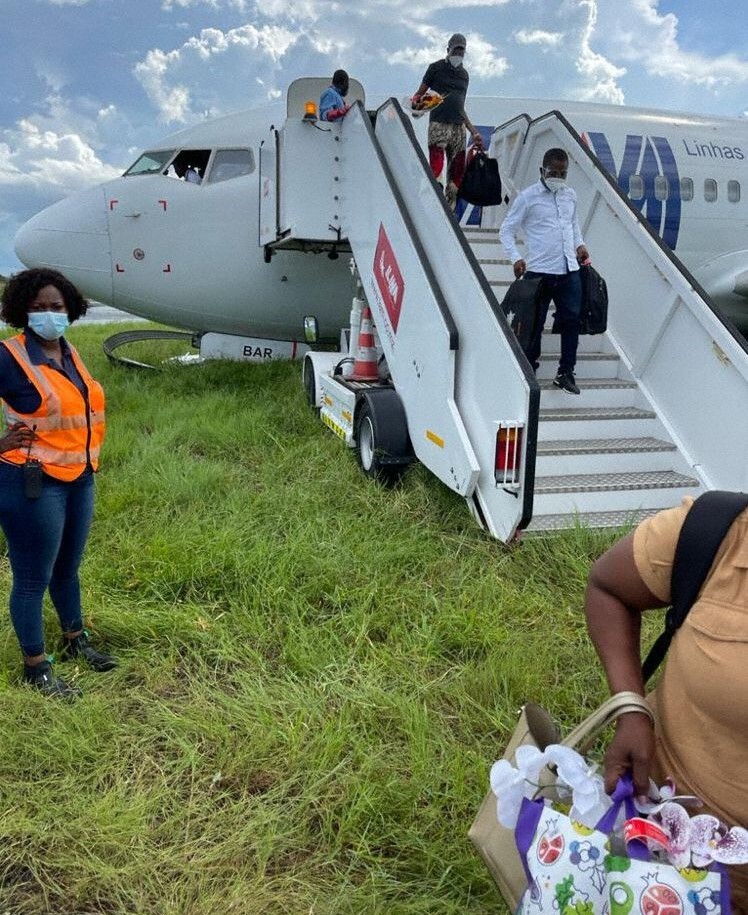 Image of TM144 after overshooting the runway

More about the incident:

On 26 February 2021 at 11:05 am UTC, LAM flight TM1134 departed for Quelimane, Mozambique. After several minutes of flight, TM1134 came for a landing at 12:45 am UTC. However, the landing did not go as well as expected. Due to the airport’s intense rain, the flight overran the runway and came to a halt on the grass near the taxiway. No casualties have been reported, and everybody evacuated safely. As of now, investigations are ongoing, and the reason the airplane had an excursion on the runway is still unknown, with human or mechanical errors likely to be the reason.

The aircraft in question, C9-BAR, is one of LAM’s only Boeing 737-700s. First delivered in 2004, the Boeing 737 has been in service with multiple airlines all over the globe and had an excellent safety record until now.

A statement from the airline:

A statement from the airline was given shortly after the incident:

“The incident, which recorded no casualties, occurred this afternoon, at approximately 2:40pm. The flight TM1134 was operating from Maputo to Quelimane.

Firefighters from Mozambique’s Airport were at the runway as passengers and crew were safely disembarked and taken to airport facilities for further assistance.”