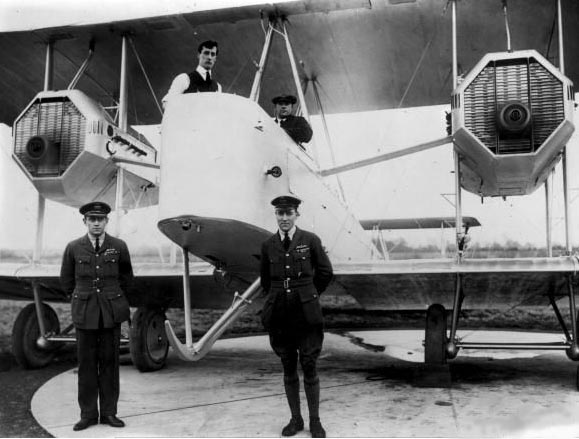 After the catastrophic First World War, many surviving pilots found themselves unemployed. For the men and non-commissioned officers there were few opportunities, but for the officers—and during days of empire–there was often adventure to be had.

We’ve previously written on pioneers of long-distance aviation, who proved the possibilities of commercial aviation; Kingsford Smith to Australia, the French Saint-Exupery and the Brazilian Santos Dumont.

It was two such WWI veterans; Christopher Joseph Quintin Brand (later Air Vice-Marshal & Sir) and Hesperus Andrias van Ryneveld (‘Pierre’, General & Sir) both having flown with distinction for the Royal Air Force in the Great War, who pioneered the route through Africa.

In 1920, The Times of London offered a prize of £10 000 (£300 000 in today’s money) for the first pilot to fly from London to Cape Town. The Allied General Jan Smuts (who had fought against the British during the Boer War in South Africa) wanted a South African to win the prize and authorised the purchase of a Vickers Vimy, named Silver Queen for £4 500.

The Vimy entered service at the very end of the First World War but never saw active service. It was a twin-engine heavy bomber, with an open cockpit and no ability to trim. The maximum speed was 160 km/hr and had a range of 1 400km. The Vimy achieved fame when John Alcock and Arthur Brown made the first non-stop crossing of the Atlantic in June 1919 and the obvious choice for the African flight.

The flight was (to use an over-worked term) epic. Leaving London on 4th February 1920, van Ryneveld and Brand landed safely at Heliopolis near Cairo but en route to Wadi Halfa in northern Sudan, one of the engines overheated and they forced landed, the aircraft being unusable from then on. A second Vimy—the Silver Queen II–was made available from the RAF in Cairo on 22nd February and the pair continued the journey, after many stops arriving at Bulawayo in Zimbabwe. (then Southern Rhodesia)

On take-off from a hot-and-high Bulawayo, the Silver Queen II was badly damaged and the pilots borrowed a De Havilland DH9, named Voortrekker. They left on the 17th March and without further mishap, arrived at Youngsfield, Cape Town three days later.

The Times declined to give the prize, presumably intending that just one aircraft be used in the journey! However, both pilots were knighted for their exploits and were awarded £5 000 each.

Brand died in 1968 in Mutare, Zimbabwe. Van Ryneveld passed away in 1972, after having established the South African Air Force, the third oldest in the world. The Pretoria suburb of van Ryneveld Park is named after him and the airport at Upington in the Northern Cape province of South Africa is also so named.

Read More
GE Aviation’s GE90 engine celebrates 25 years of service on November 17, 2020 and GE expects the technological…
Read More
Hiroshima, in Japan, is one of those places a lot of people feel morally obliged NOT to visit. …
Read More
There was a time when four-engined airliners were the norm in commercial air travel. From their roots laid…