Alberto Santos Dumont, the youngest of seven children, was born on the 20th July 1873 in the Brazilian town of Palmira (now ‘Santos Dumont’) in the Amazonian province of Minas Gerais. His father managed then owned a coffee plantation, and was known for a time as the ‘Coffee King of Brazil’.

From young age, Alberto was fascinated by machinery and learned to drive the plantation’s steam engines and locomotives. He wrote later that his dream of flying was inspired while watching the skies above the plantation. 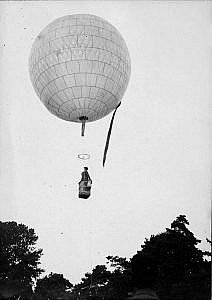 In 1891 after an accident, the family moved to Paris in search of treatment for Santos Dumont senior, where Alberto considered a flight in a balloon. Being too expensive, he decided against the flight and instead bought a Peugeot motorcar. After spending time in Brazil, he finally decided to take up ballooning in Paris, making a first flight of two hours and covering 100 kilometres. Dissatisfied with being at the mercy of the wind and after a period of trial and error, in 1899 Santos Dumont made successful flights in a dirigible, a form of steerable, powered balloon.

In October 1901, Santos Dumont won the Deutsch de la Meurthe prize for a timed flight around Paris and became an international celebrity. In order to take part in a prize race he shipped his seventh dirigible to Louisiana. Whilst in the US, he met President Roosevelt but was suspected of interference in the race and returned to France. 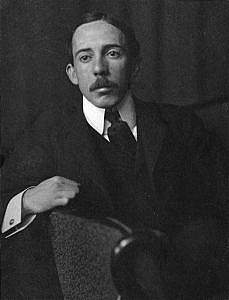 He became increasingly more interested in heavier-than-air aircraft and in November 1906 set a world record in France by flying 220 metres in 21.5 seconds. In 1908, Santos Dumont began working with the Clement-Bayard company to mass-produce an aircraft of his own design, the Demoiselle No. 9. This was the first ever production aircraft and was offered with three engine options and flew at 120 km/hr. The Demoiselle sold in the US for several years afterwards.

Santos Dumont’s final flight was in a Demoiselle in January 1910 during which he crashed. That March he announced his retirement from aviation. He became a recluse and moved to the French coastal village of Bénerville-sur-Mer taking up astronomy as a hobby. At about this time he became depressed by his state of health—later to be identified as multiple sclerosis. After the outbreak of the First World War the French authorities suspected him of being a German spy and he burned all his plans and papers as a result. Becoming increasingly ill, he moved into a series of sanatoria (care homes) in France and later in Switzerland. 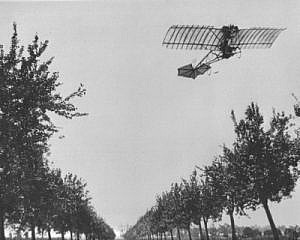 Santos Dumont’s cousin travelled to Switzerland in 1931 and accompanied him back to Brazil. Seriously unwell and depressed by both his illness and the military use of aircraft in a São Paulo revolution he hanged himself in July 1932. After lying in state in both São Paulo and Rio de Janeiro he was buried in the São João Batista Cemetery. He never married.

His honours from both Brazil and France are too many to list here, but he remains a legend in Brazil where the belief persists that he preceded the Wright brothers in the first powered heavier-than-air flight. The Rio de Janeiro airport is named after him and the magazine Flying named him in the top ten of its ‘Heroes of Aviation’.

A Look at the Roots of South Africa...

Pakistan International Airlines: From Start to Peak I