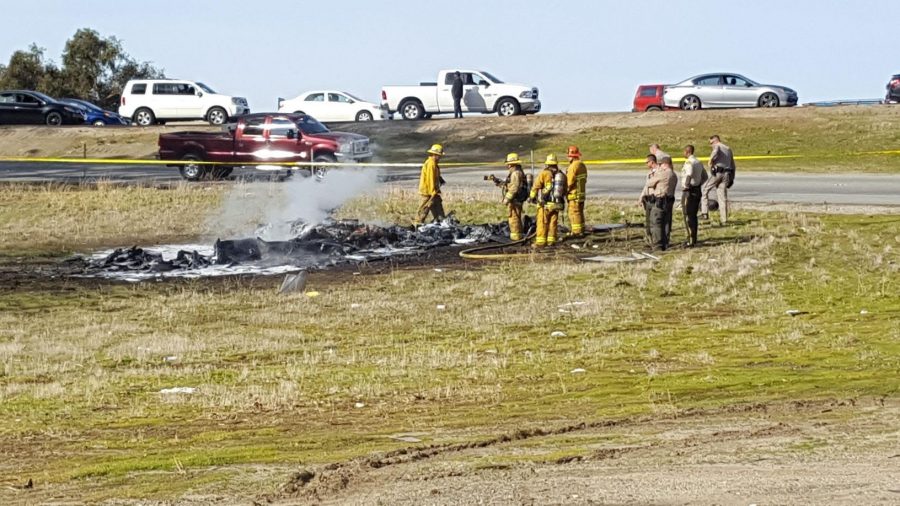 The pilot of a home built single-engine plane died after it crashed near Newhall Avenue and the 14 Freeway in Santa Clarita.

The Los Angeles County Fire Department was dispatched to the scene around 10:12 a.m. and reported at 10:28 a.m. that it was a single-engine plane which caught fire had been completely destroyed.

The plane was a homebuilt TM-1 Thunder Mustang, according to Gregor.  It is believed the pilot was the only person on board. There are no reports of injuries to anyone or damage to any structure on the ground.

Witnesses’ video showed a large plume of black smoke rising above the scene. The mangled wreckage was seen in a grassy area surrounded by the cloverleaf off-ramp, which was closed after the incident.

“It typically takes the NTSB a year or more to determine a probable cause of an accident,” the FAA said.

The cause of the crash and the identity of the pilot, who was pronounced dead at the location, were not immediately known.

This is a developing story

You Know It's Going to Be a Rubbish Day When…

Read Article
Airlines such as TUI and Wizz Air plan to increase their number of flights from Leeds-Bradford Airport (LBA)…
Read Article
Hawaiian Airlines expands its reach across the United States. With new nonstop routes from Honolulu to Austin, Ontario…