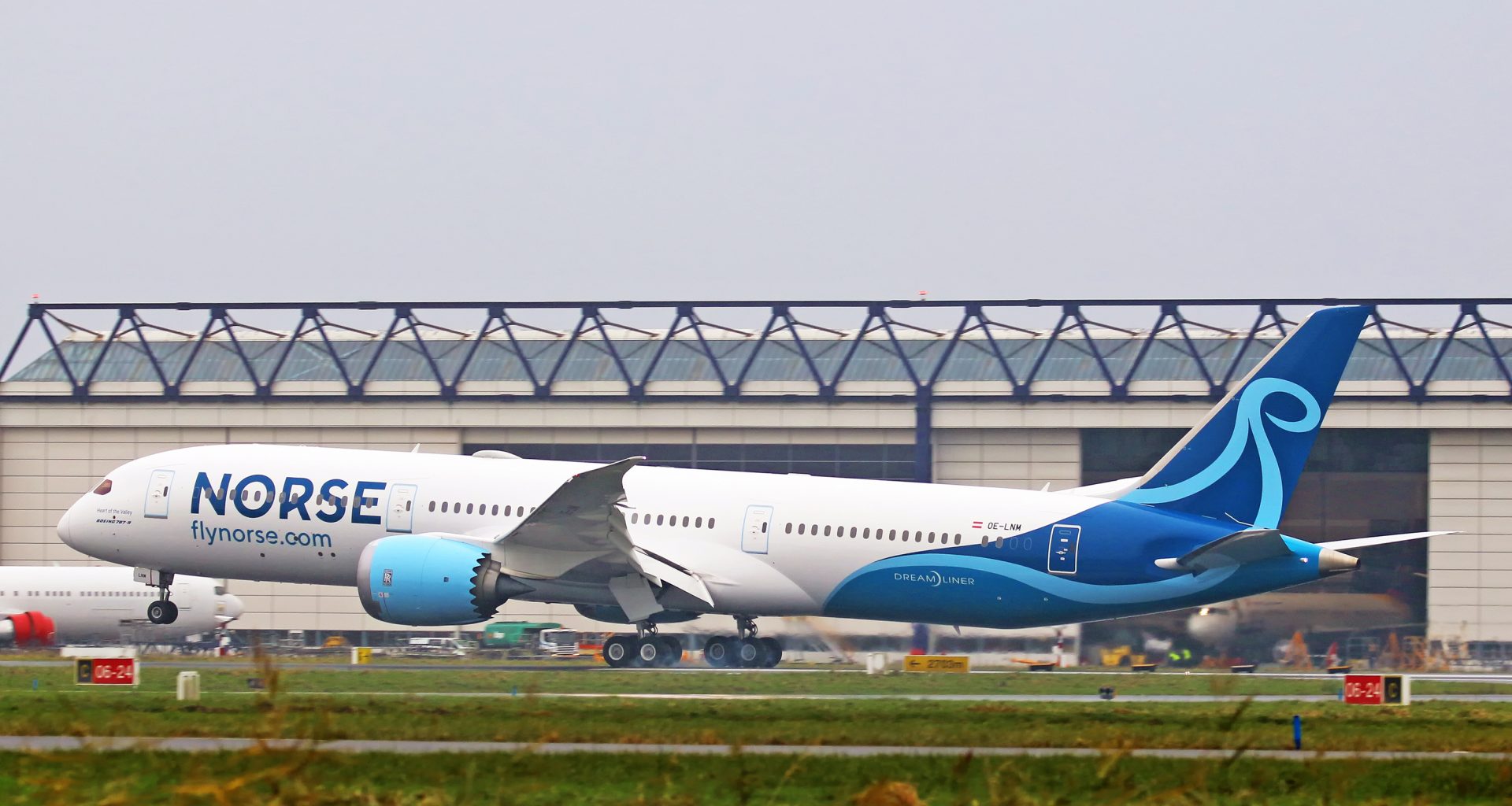 Norwegian newcomer Norse Atlantic Airways has been issued an air operator’s certificate (AOC), as the airline is poised to take to the skies in the spring of 2022.

Planned as a low-cost, long-haul airline, Norse was founded in 2021 by Bjørn Tore Larsen. The airline’s first aircraft was delivered in Oslo on December 20, 2021.

The AOC, issued on December 29, 2021, is a significant step forward for the airline as it prepares to begin commercial operations in 2022.

“We would like to thank Norway’s Civil Aviation Authority for a constructive and professional process. We are now one important step closer to launching our attractive and affordable flights between Europe and the U.S. in spring next year,” – Bjørn Tore Larsen, CEO & Founder, Norse Atlantic Airways

Norse Atlantic Airways worked with Norway’s Civil Aviation Authority to secure the AOC, which requires the airline to have personnel, assets, and various safety systems in place to be able to successfully operate aircraft commercially.

“We’ve had a good and constructive dialogue with Norse throughout the process of issuing a Norwegian AOC. We wish them the best of luck and look forward to a continued fruitful relationship going forward,” – Lars E. de Lange Kobberstad, Director General, Civil Aviation Authorities of Norway

Norse Atlantic Airways will offer transatlantic flights between Europe and North America with a fleet of Boeing 787 Dreamliners. The airline’s first aircraft, a 787-9, was delivered to Norse in December, with an additional 11 on order. Three of the 787-8 variant are also on order.

According to Norse’s website, the choice of the Dreamliner is inspired by state-of-the-art longships historically used by Norsemen and Norsewomen for travel and exploration. The aircraft is also favoured by Norse because of its fuel efficiency and more environmentally friendly impact.

With the airline set to begin commercial operations in the spring, several destinations have already been announced. Norse’s website currently shows plans for point-to-point services from Europe (Oslo, London, and Paris) to the United States (New York, Florida, and Los Angeles).

Will you be flying with Norse Atlantic Airways? Let us know in the comments below!

Read More
Flypop, a new international long-haul, low-cost airline which plans to launch in 2021 with scheduled flights from the…
Read More
As airlines modernise and adapt during this difficult time, they have one more area to worry about: 5G.…