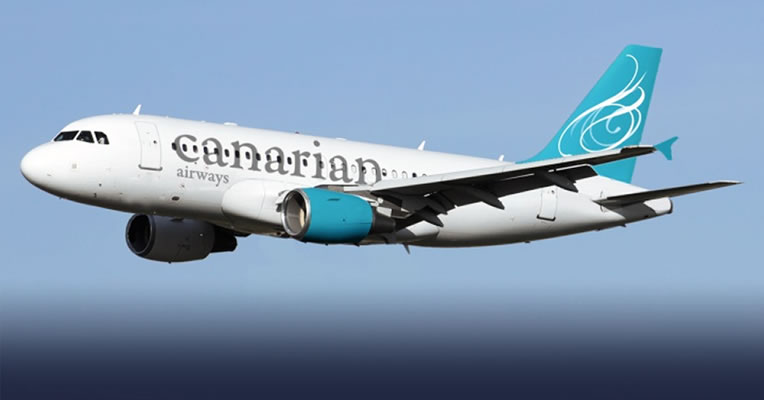 A brand-new startup airline has formed on the sunny island of Tenerife, Spain! Through this write-up, you will learn all about this new airline and its hopes for the future!

What is Canarian Airways?

Canarian Airways is a startup short-haul carrier in the Canary Islands of Spain! Based in Tenerife, the airline aims to launch flights to many popular destinations such as Barcelona, Berlin, Madrid, Glasgow, and many other destinations!

The airline was formed by a group of tourist entrepreneurs in Tenerife and became a reality after five long years!

The first airplane to be delivered to a startup is a 9 -year old Airbus A319, with registration EC-NMO. The airplane also flew previously for Atlantic Airways under the registration OY-RCG and is currently being re-fitted to an all-economy cabin with 144 seats.

When will operations begin?

The founders of Canarian Airways have not set a specific date yet for the start of operations. However, they are aiming to start selling tickets in March 2021 and commence operations in June 2021.

Does Canarian Airways stand a chance?

Yes, Canarian Airways does stand a high chance of succeeding and becoming the Canary Islands’ leading airline because its competitor, Binter Canarias, does not operate to most of the destinations Canarian Airways does! Also, the Canary Islands is a top-rated tourist destination during winter. This is due to the islands’ warm temperature, making it a place to escape the cold mainland European winters.

In a nutshell, Canarian Airways is likely to succeed, unlike most startup airlines. The airline has many plans for the future but did not go all-in at first. They went into the market gradually with a few planes and a small market. This is a sign that the owners know what they are doing because patience always leads to success!

Read More
Swiss International Airlines, part of the Lufthansa Group, is now planning to downsize both its fleet and workforce.…
Read More
A Qatar Airways A350-900 jet scheduled on a route from India to Qatar was diverted to Pakistan’s largest…