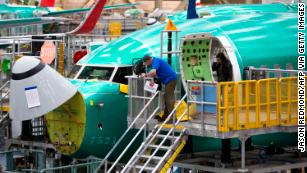 After Dennis Muilenburg’s unceremonious departure from the Boeing CEO position late last month, the new incumbent David Calhoun takes over in a week’s time and has yet more difficulties to grapple with.

Yesterday, Sunday 5th January, it emerged that the FAA has uncovered ‘previously unreported concerns’ with wiring on the 737-MAX. It appears that two sections of wiring that control the tail of the aircraft are too close together, presenting a potential short-circuit hazard. A spokesperson for Boeing said that it is ‘premature to speculate’ if the discovery would lead to a redesign of the electrical system or simply further extend the timeline for re-introduction of the aircraft.

This latest revelation raises yet more questions about the previous reliability of the FAA inspection process and simultaneously is yet another blow to the reputation of the American manufacturer and potentially not just with the MAX.

In a related development, the engine manufacturer for the MAX, CFM International, is reported to have adjusted its production of the LEAP engine towards the Airbus variant, the LEAP-A away from the Boeing LEAP-B. The LEAP-B (for ‘Boeing’) is the only engine available for the MAX and whereas CFMs production was equally split 50/50 between the two, CFM will in future produce at a ratio of 58% for the -A and 42% for the -B. While CFM is careful to say that it will be able to satisfy demand for either engine the danger is that at least in the short term, there will be insufficient power plants when Boeing renews the production schedule for the MAX.

The CFM decision is a strong indication that the resumption MAX production isn’t going to happen anytime soon.

You Know It's Going to Be a Rubbish Day When…

Read Article
American Airlines and leading British aerospace manufacturer Vertical Aerospace have jointly confirmed the incoming delivery of 50 VX4…
Read Article
Airbus has redesigned the interiors of its A320 family of aircraft. The new cabin concept is called Airspace,…