Malaysia Airlines Puts Airbus A380 Superjumbos up for Sale

Malaysia Airlines has put its entire fleet of Airbus A380 fleet up for sale. The airline intends to sell its six A380-800 superjumbos. The airlines posted the news on its LinkedIn page. Offers can be made until noon on August 12.

The selling of the Malaysian Airlines Airbus A380s isn’t something that came out of the blue. The Malaysian flag carrier was planning to sell these jumbos as early as six years ago. However, now as the pandemic hit, the airline finally bids farewell to its superjumbo jets.

Commenting on this decision back in May earlier this year, Group Chief Executive Captain Izham Ismail said:

“We are cognizant of the challenges to selling this aeroplane, but we are still looking at ways and means to dispose of our A380 fleet. At the moment, the management is convinced that the A380 doesn’t fit the plan.”

However, these superjumbos aren’t actually old. The entire Malaysian fleet of A380s was delivered simultaneously, and the oldest one is less than ten years old. 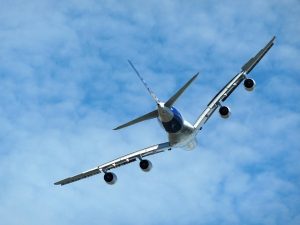 Malaysia Airlines has a fleet of six A380s with an average age of 9.2 years. All of these were delivered within a year, so they don’t have a big age gap. The 100th Airbus A380 was also delivered to Malaysia Airlines. As of now, the entire fleet is in storage in Kuala Lumpur. Four of the older A380s have a market value of $44.89, whereas the remaining two can be sold for up to $46.89. This would make the entire fleet valued at $273.34 million.

Even though multiple airlines aren’t planning to return the superjumbos in service, British Airways and Qantas have plans on bringing back their A380s in service once the situation gets back to normal.

What do you think of Malaysia Airlines’ plan? Let us know below.