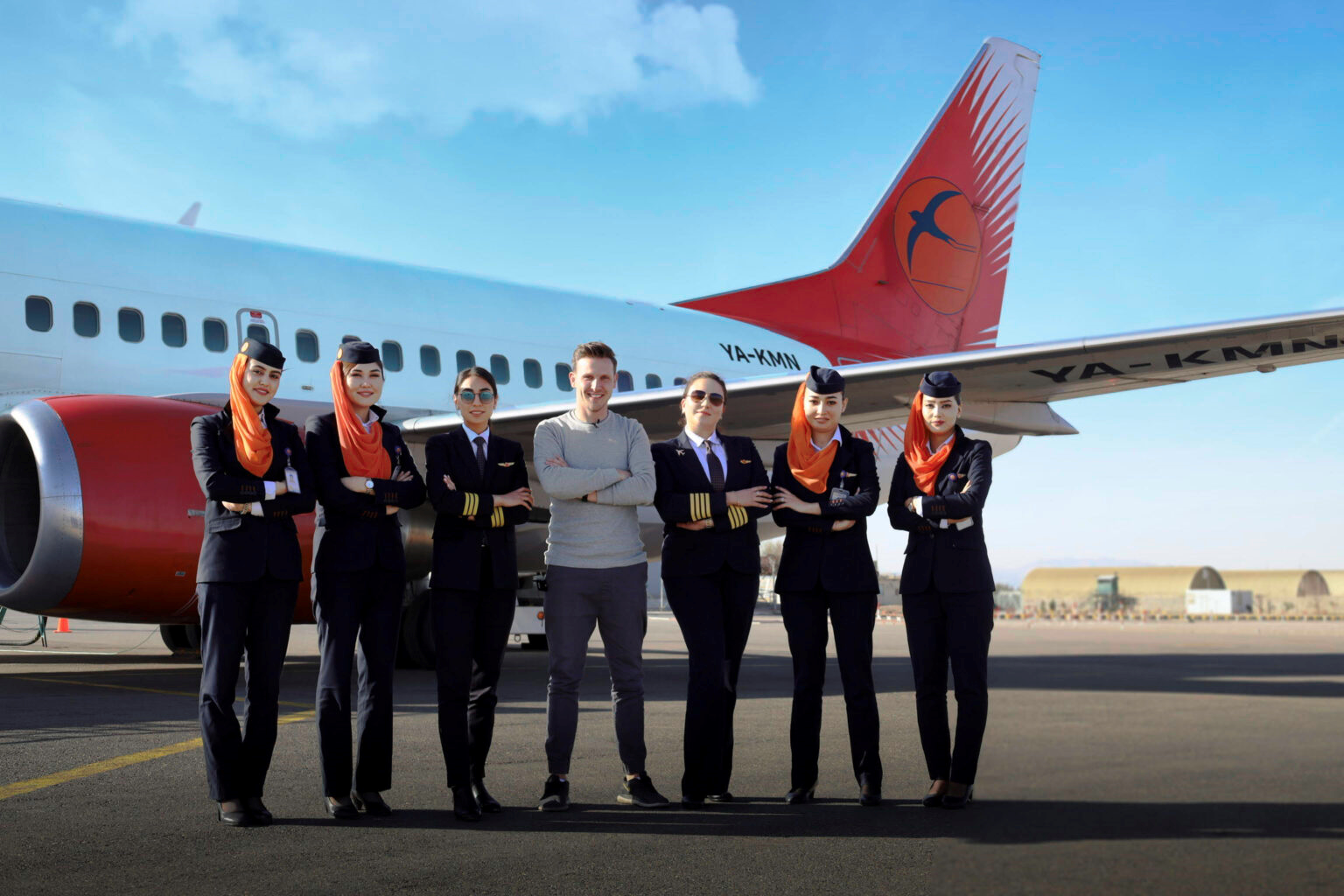 Afghanistan airline Kam Air has made history as it operated its first flight commanded by an entirely female flight crew.

International women’s day is an excellent way to celebrate and recognize women in the aviation industry, from pioneering female pilots to encouraging more women to join the industry. The festivity also often sees a frenzy of all-female flights flown worldwide, and Kam Air became the latest airline to join the trend.  However, Kam air’s flight is particularly ground-breaking, as it is the first exclusively female-commanded flight for the airline and Afghanistan.

Although many worldwide will celebrate this historical event, Kam Air itself could not praise this flight too wildly due to heightened security in the country. Kam Air, therefore, invited one of Youtube’s most famous aviation enthusiast and flight reviewers, Josh Cahill, to travel on the flight.

Speaking of the flight afterward, Cahill said: “it has been the honor of my life to be part of such a historic flight. It sends a strong message to the world that Afghanistan is more than just a war-torn country, given that during the Taliban occupation, Women had absolutely no rights”.

Upon arrival at the airport, Cahill met the women who would be in charge of the flight. He was introduced to Kam Air’s first female Afghan pilot, 22-year-old Mohadese Mirzaee. She acted as First Officer, accompanying 32-year-old Captain Veronica Borisova, the second female pilot to join Kam Air. The pilots were accompanied by four female flight attendants, who looked after passengers in the cabin.

The flight departed from Kabul’s Hamid Karzai International Airport and traveled 350 nautical miles to Herat, in the West of Afghanistan. The flown aircraft was a 23-year-old Boeing 737-500, amazingly making the plane older than its First Officer onboard.

Kam Air is a young airline which established in 2003. The airline also wants to continue breaking down barriers, as it plans to begin offering flights to Frankfurt. Although the airline is currently not allowed to travel in EU airspace, it hopes to be removed from the blacklist via its recent certification under the IATA IOSA scheme. Kam Air has more impressive things in store.

The flight is a historic achievement for both Kam Air and Afghanistan. As a country with not many women’s rights over the years, this is a massive indicator of how far it has come in recent years.

Read More
German politician Karin Strenz is reported to have died after becoming ill on a flight between Cuba and…
Read More
On 1st October 2020, Entebbe International Airport reopened for commercial flights after six months of closure and restrictions…
Read More
STARLUX airlines, Taiwan’s youngest airline celebrated the graduation of their first batch of cadets earlier in the week.…