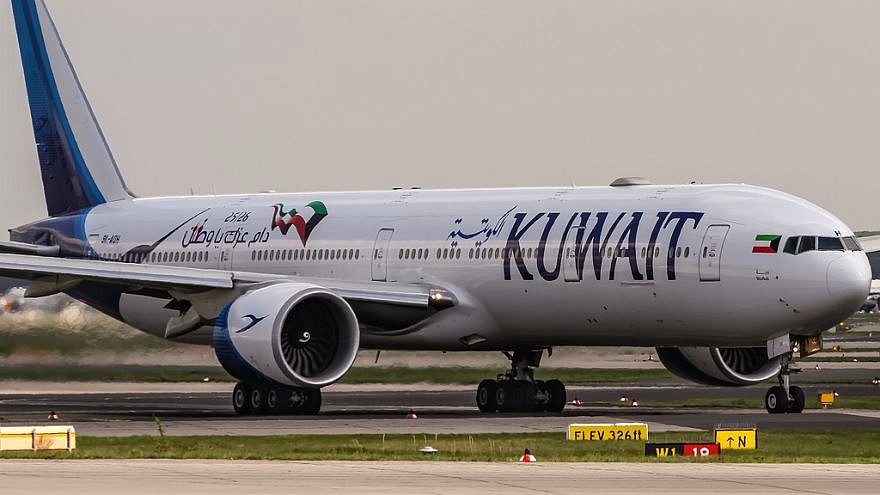 Kuwait will suspend all commercial flights from the Kuwait City International Airport from today, Friday 13th until further notice the state news agency KUNA has announced. On Wednesday 11th the Gulf state had reported 72 cases of the coronavirus, two having recovered. No fatalities have been reported.

Only arrivals carrying Kuwaiti nationals and ‘first-degree’ relatives will be allowed. Cargo flights are exempt from the suspension. In order to contain the spread of the virus, a public holiday from 12th to 26th March has been announced, as well as bans on meetings in restaurants, cafes, and commercial centres.

‘All flights will be suspended from mid-Friday and operational regulation and evacuation plans will be issued later,’ Kuwait Interior Minister Anas al-Saleh said. ‘All decisions made in connection with the new coronavirus are temporary and will change on a daily basis according to circumstances and repercussions,‘ he added.

The suspension affects at least 319 weekly flights by Kuwait Airways, including service to Doha, Jeddah, Mumbai, and Frankfurt. 156 weekly flights by Jazeera Airways, 70 by Qatar, 34 by Etihad, and 26 by Emirates are also suspended.

Within the region served by Kuwaiti Airways, by far the most affected is Iran with over 10 000 cases reported and almost 430 fatalities. The region as a whole has over 11 000 reported and 445 fatalities.

Introducing the NEW Air Force One!

Jet2 Flights to Spain Cancelled and Turning Back Mid-Air

Read Article
Portugal’s aviation regulator has rejected plans to build a second airport in Lisbon. The National Civil Aviation Authority…
Read Article
Many travelers are happy enough to catch some shut-eye on a flight; others prefer to bring their “office”…