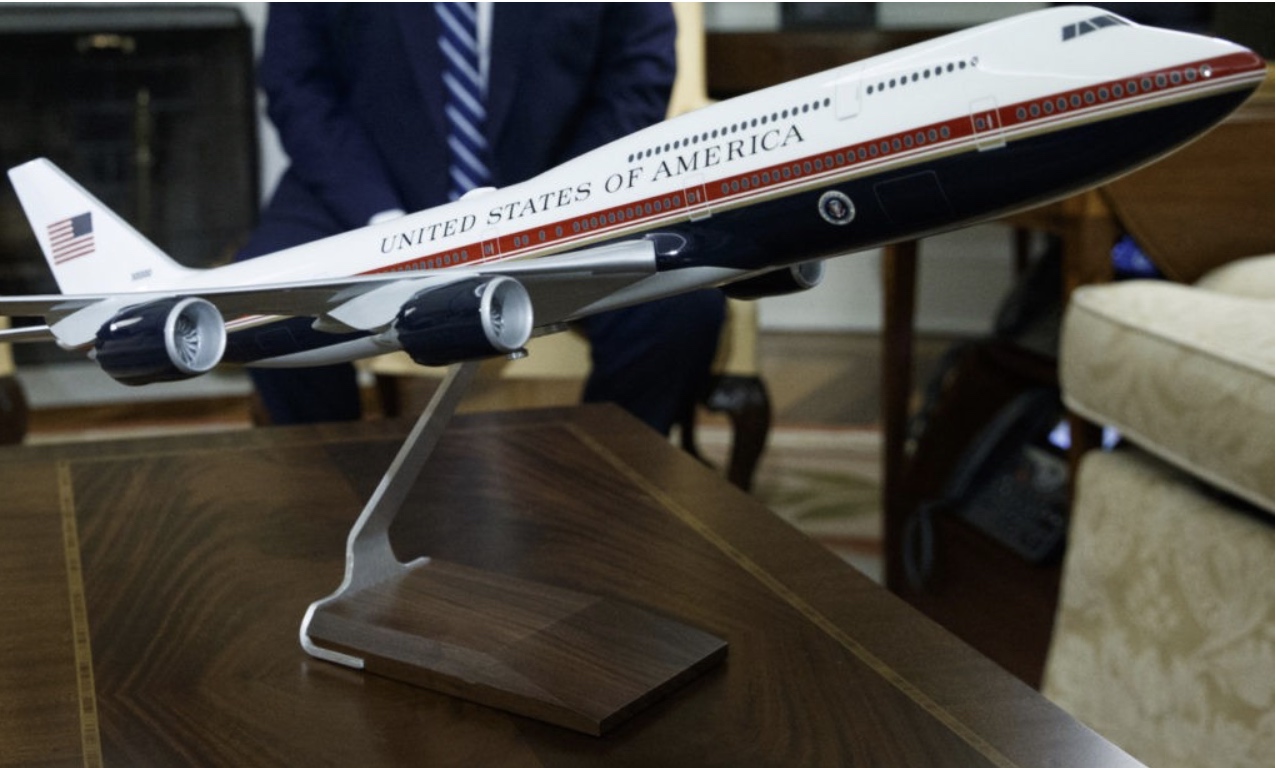 Introducing the NEW Air Force One!

it takes well over a year for heavy maintenance to maintain compliance with Federal Aeronautics Administration airworthiness standards,”

Earlier this week, the US Air Force announced that the first 747-8 aircraft had began it’s modification process to meet military standard to become a VC-25B- the next Air Force One.

During Spring 2019, the Boeing 747-8 aircraft, originally purchased from Boeing by a Russian airline but never actually delivered, was shuttled to Boeing’s modification facility in Antonio, Texas, having resided at a ‘boneyard’ in California for over a year. Rumoured to have started on February 25 2020, the modification process began with the removal of commercial cabin interior, engines, APU (Auxiliary Power Unit) and other commercial system components. It is thought over the next four years the aircraft will undergo a radical modification process including cutting out parts of the aircraft skin for new doors, structural ‘enhancements’ dubbed as “superpanel walls”, electrical power upgrades, installation of mission communication systems, an onboard medical facility and ‘executive cabin’ fit for the US President and staff.

To combat issues of FOD faced by the company’s KC-46 tanker conversion, Boeing have installed a jack and crib system to reduce stress to the aircraft during installation, and are carrying out daily FOD-Plods (Foreign Object Debris Sweeps) through the facility to ensure there is no risk of damage to the airframe during it’s maintenance work. The entire process is expected to take just under four years, with two VC-25B’s being delivered by 2024 to replace the existing two 747-400 (Or VC-25A) aircraft; Once in service the aircraft are expected to operate for thirty years. The entire project is also expected to cost a staggering $5.2billion to US Taxpayers, including an $800million allocation for ‘research, development, test and evaluation’ funding.

While the modification process press-releases have not yet detailed a new livery for the aircraft, Pentagon speculation (including papers and models at the White House in Washington) suggests it will feature a new striking red, white and blue livery, ditching the iconic light blue and white livery that has been used on Air Force One aircraft since it’s introduction by President Kennedy in 1962.

Read More
Turkish low-cost carrier Onur Air has been declared bankrupt following an unusual series of events.  A former pilot…
Read More
Putin has signed a law that will give Russian firms new powers to operate foreign leased aircraft, according…