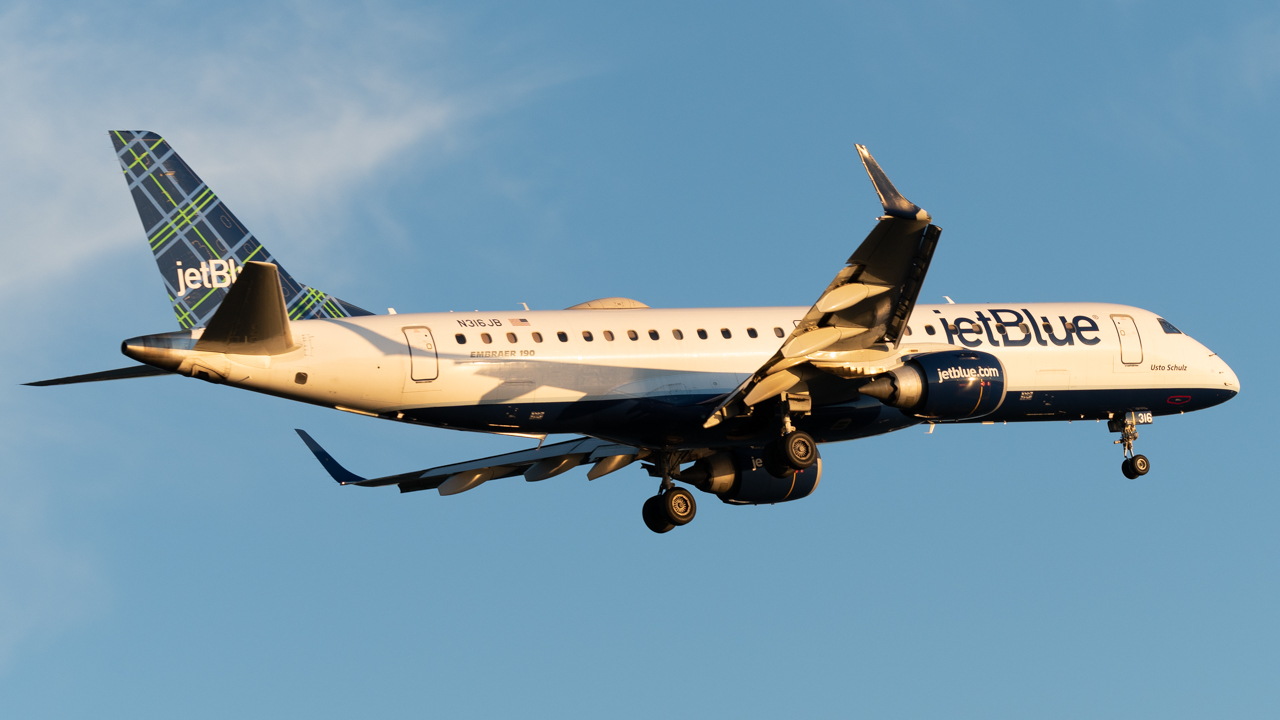 The American Low-Cost carrier JetBlue (B6; JBU) has announced yesterday (Tuesday, 21st December 2021) that its transatlantic flights between New York J.F. Kennedy (JFK) and London Heathrow (LHR) will run through the whole summer season. The flights are now on sale until 31st October 2022.

The flight will operate on a daily basis, with JetBlue’s flagship Airbus A321neoLR (Long Range), according to the following schedule:

Additionally, the airline will keep flying once a day between JFK and London Gatwick Airport (LGW), and it also remains committed to launching service between Boston Logan International Airport (BOS) and London in summer 2022.

A success for JetBlue

With the route officially announced in May 2021, after some years of rumours, JetBlue was finally welcomed at Heathrow in August 2021 with temporary slots, made available by several larger airlines which had to reduce their services to LHR during the pandemic. Ever since the launch in August 2021, JetBlue has worked hard with the local authorities to ensure operations out of the most wanted airport in the World.

JetBlue is extremely proud of its transatlantic operations, claiming that its entrance into the market has introduced badly needed competition between New York and London and has set new standards in travel. The airline estimated that since the beginning of its LHR flights, the competition has been largely stimulated, especially on the premium demand, with B6’s fares on the city pair being 50% lower than its rivals.

“The response on both sides of the Atlantic has been overwhelmingly positive, and it’s now widely recognized that losing JetBlue on this route would be a major setback for travelers who enjoy low fares and great service – we are committed to collaborating with regulators as well as the U.S. and U.K. governments to identify a pathway to staying at Heathrow for the long-term. There’s so much more good we can do as we grow this route if we are allowed to stay and compete.”

JetBlue is well known in the American market for providing an excellent customer experience, with the most legroom in Economy class, live television and on-demand entertainment on every seatback, free and fast onboard Wi-Fi, complimentary snacks and soft drinks and excellent customer service. The promise of the airline is to bring the same on its transatlantic services: JetBlue wants customers to enjoy a boutique-style experience, both in Economy and in Business (the well known Mint class) cabins.

What is in for the future?

Therefore, with a future fleet of 28 long-range aircraft, the airline is eyeing more destinations in Europe, as announced last October during the World Routes 2021 event in Milan, Italy. Jetblue’s expansion plans are obviously held back by the pandemic, but the company is confident for the future.

For the time being, JetBlue can count on a strong network of partnerships on both sides of the Atlantic Ocean, such as its Northwest Alliance with American Airlines and its recently announced partnership with Icelandair, along with its codeshare agreements with, among others, Aer Lingus and Emirates.

Where in Europe would you like to see JetBlue land next, with its amazing Mint class? Let us know in the comments!

Runway Extension And Golf Course Meet At A Crossroads