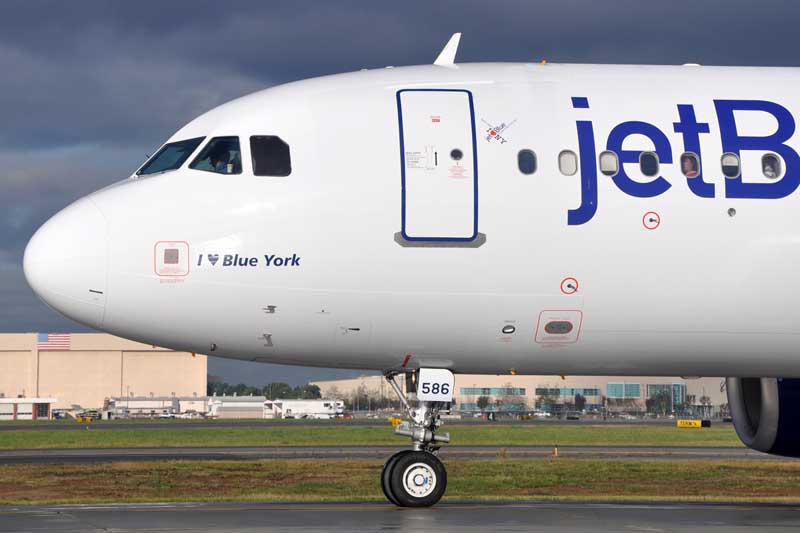 The Northeast Alliance, a strategic alliance formed by JetBlue and American Airlines, has announced a major network expansion that will see the two carriers strengthen their combined position in New York City and Boston.

JetBlue is planning on adding seven new destinations from New York JFK and Boston Logan. and more than triple its size at La Guardia Airport by 2022.

Expansion at La Guardia airport will start from an increase in frequency of their New York-Boston shuttle that will have up to 15 daily frequencies in 2022. There will also be an increase in frequencies to all existing markets in Florida, and six new destinations will be launched: Jacksonville, Florida; Sarasota, Florida; Savannah, Georgia; New Orleans, Louisiana; Nashville, Tennessee and Portland, Maine.

JetBlue and American Airlines are planning to increase their offering of premium seats on transcontinental flights: JetBlue will offer its Mint Product on service so to five destinations on the East Coast: Los Angeles, San Francisco, San Diego, Seattle and Las Vegas. American Airlines will also introduce its Airbus A321T (Transcontinental) aircraft with featuring its Flagship First and Flagship Business class on the route between Boston and Los Angeles.

American Airlines has also decided to retire the 50-seat regional jets from both New York La Guardia and Washington Reagan in order to offer its customer a choice in class of service on all flights from these airports. It will also codeshare with JetBlue on more than 40 destinations from La Guardia, and the two combined carriers will offer more frequencies than any other airlines between New York and Florida and will operate to 46 out of the Top 50 markets from Boston.

“With the Northeast Alliance, we are finally able to give our customers in New York and Boston what they’ve been asking for years – more JetBlue service and more JetBlue low fares,” said Scott Laurence, head of revenue and planning at JetBlue.

“By connecting with American’s large customer base and international network, we can add new markets that we have been eying for many years. The alliance quite literally gives us room to grow as we get greater access to airports that we’ve been locked out of for years,” Laurence continued.

The two carriers will also envisage a solution so that their passengers connecting on code-sharing flights at New York JFK will be able to connect airside without having to through an extra security screening after changing terminal. In fact, at JFK JetBlue operates out of its exclusive Terminal 5, while American Airlines flights are all located at Terminal 8.

The European Union Will Soon Open To Vaccinated American Tourists