JetBlue has been allocated 270 London Heathrow slots for the summer 2021 season, according to Airport Slot Coordination Limited (ACL), the slot administrator for the airport.

JetBlue has secured 180 slots for New York-JFK flights and 90 slots for Boston flights. JetBlue could fly daily between New York-JFK and London Heathrow with these 14 weekly slots starting August 2nd.

In addition to these 14 weekly slots, JetBlue has been awarded additional eight weekly slots for a total of 22 slots from September 13th. The New-York based carrier can operate twice-daily service starting September 20th.

Back in November, JetBlue’s request for 96 weekly slots at Heathrow was denied.  JetBlue has also secured 270 slots at London-Gatwick Airport, so it remains unclear whether these slots at Heathrow are permanent or temporary. 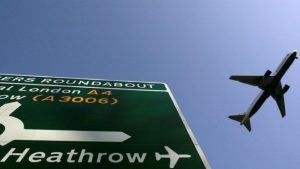 JetBlue will fly its A321LR aircraft on these routes. These A321LR’s feature a premium heavy configuration with 22 Mint Suites onboard, plus two Mint Studios.

In a statement, JetBlue said:

“We can’t wait to launch transatlantic service later this year and love all the enthusiasm and speculation for where JetBlue will touch down. We can only expect this speculation will increase as we get closer to an announcement, and we won’t comment on our specific plans until we have made a final decision on our initial London airport.”

“We have always said that we have a viable path into more than one London airport and that over the long term we expect to serve multiple airports in London – just as we do in New York, Los Angeles, South Florida, and Washington, D.C. JetBlue has applied for multiple slots at various airports, and we are discussing the availability of various permanent and temporary slots with the slot coordinators. Those discussions are continuing, and we will evaluate what each London airport is proposing before making a final decision that best supports our transatlantic strategy. We believe JetBlue’s incredible service and low fares would be welcomed in all of London’s area airports, and we look forward to sharing official news once we have completed the process with each airport.”