Have you ever boarded a plane and noticed you have never been allocated a seat on row 13? Only to realise that row 13 is missing altogether? This is a practice followed by many airlines worldwide, acknowledging the unlucky superstitions surround the number. Read on to find out more.

We all have our superstitions in life. Having a cocktail or cup of tea in the airport before our flight, before then going on to browse duty free, are traditions many of us follow when at the airport. Passengers aren’t the only people to abide by certain rituals however, as a large majority of airlines skip row 13 on their aircrafts, acknowledging the widespread belief that the number is unlucky.

It seems strange that airlines will avoid implementing a row based on a superstition, jumping straight from row 12 to row 14. Considering how many safety protocols are strictly adhered to on a flight, there would be no reason row 13 would not be as safe as its neighbouring rows. However, if superstitious passengers feel slightly more secure knowing they will not be allocated a seat in this row, it does no harm to make such a small change to the aircraft’s design.

The official term for the fear of the number 13 is triskaidekaphobia. There are several theories that attempt to explain why the number is unlucky. Some attribute its negative associations to Jesus’ last supper, where there were 13 disciples, and Judas, his betrayer, was the 13th to be seated. 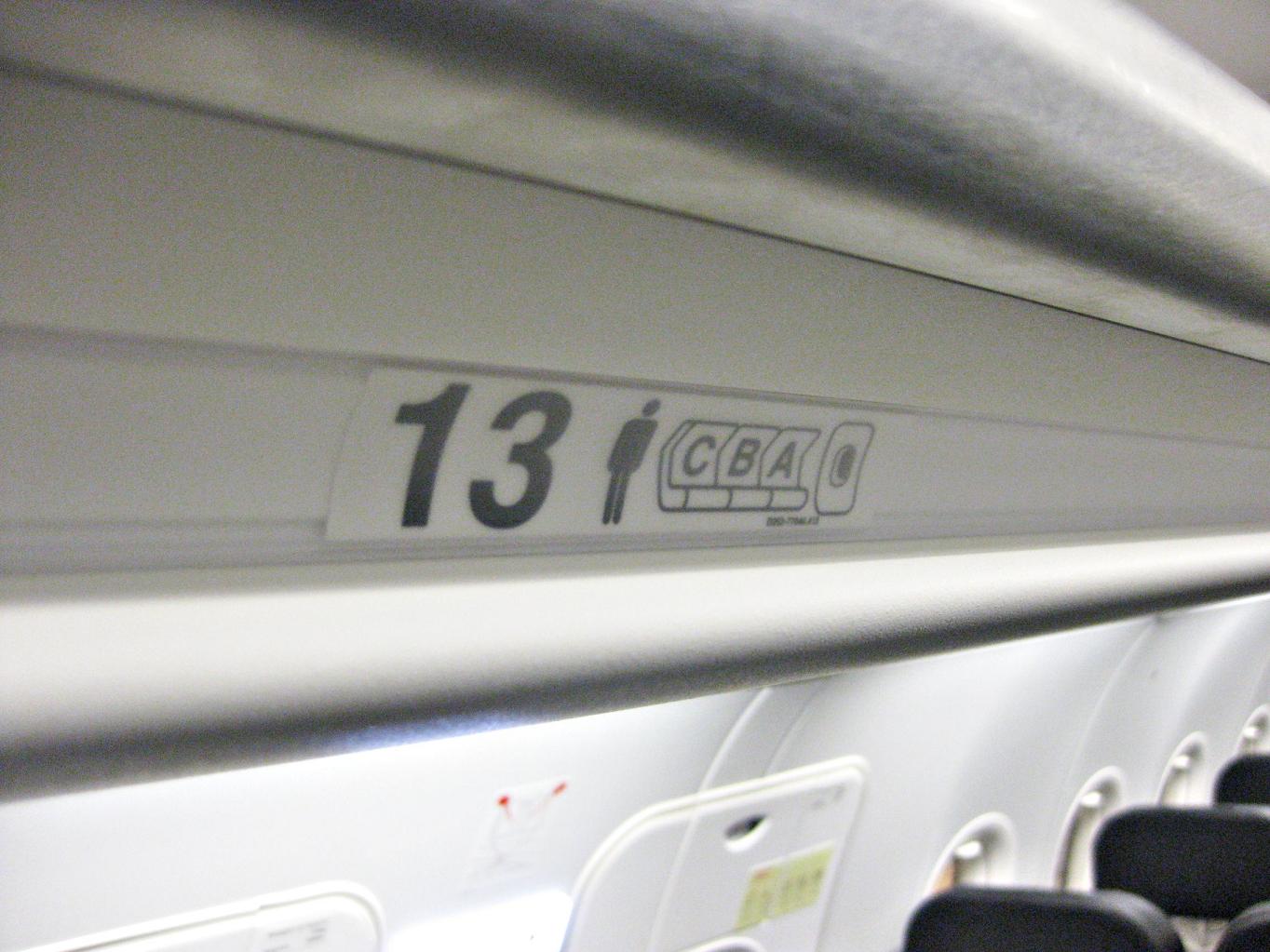 [Many airlines do not pay any attention to the superstition] | © ]Wittyfeed]

Despite the possible explanations, not all airlines abide by this superstition-come-tradition. Whilst many airlines go ahead and skip row 13, like Ryanair, Alitalia, Cathay Pacific, United Airlines and Emirates, plenty of their fellow airline do not, including British Airways, EasyJet and Southwest Airlines.

Alongside some of the airlines mentioned above, there are plenty of other industries that adhere to the superstition, with many hotels and office buildings skipping the 13th floor.

Of course, superstitions vary across countries and cultures. In countries like Italy, China and Brazil, numbers 14 and 17 are also considered unlucky and will also be excluded from some airlines’ aircrafts, including Lufthansa and Cathay Pacific and Alitalia once again.

[Travellers may have other priorities on their minds however, with the slow resumption of flights amidst the Covid-19 pandemic] | © ]SkyNews]

Superstitious or not, these small rituals become have become tradition across some airlines, and some passengers are appreciative of the small comfort. Although, with the slow and steady return of travel after the Coronavirus pandemic, worrying about their row number will probably be the last thing on passengers’ minds.

What do you think of these airlines’ superstitious practices? Would you feel safe sitting on row 13? Share your thoughts below!