When the European Union (EU) re-opened its borders to travellers from a list of “safe countries” on July 1st Italy decided to opt out of this agreement.  It kept in place its quarantine regulations for all arrivals from non-EU or Schengen Area countries.  A few days ago Italy went one step further and banned all arrivals from thirteen COVID-19 ‘high risk’ countries. 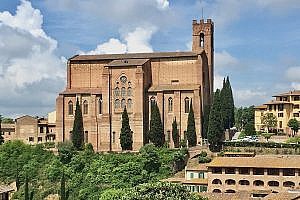 Italy has banned entry to citizens from the following countries: Armenia, Bahrain, Bangladesh, Brazil, Bosnia & Herzegovina, Chile, Kuwait, North Macedonia, Moldova, Oman, Panama, Peru and the Dominican Republic.  This travel ban affects anyone who has stayed in or travelled through these countries during the previous 14 days.  Residents returning to Italy from these countries will have to self-isolate for 14 days.

Roberto Speranza, the Italian Minister for Health, stated that Italy was not prepared to “nullify” the sacrifices its citizens had made during the past few months.  Two days earlier Italy had temporarily suspended flights from Bangladesh.  This was due to a spike of coronavirus cases traced to people arriving in Rome from Dhaka.  Airports in Rome and Milan have returned Bangladeshi passengers to their own country on the same planes they travelled in.  The Italian region of Veneto has introduced a €1,000 fine for anyone found violating the quarantine rules.  This was because an Italian businessman started a new outbreak of COVID-19 when he returned from Serbia.

Italy has, however, decided to reverse an earlier ban on the use of overhead lockers on flights into Italy.

Use of Overhead Lockers on Flights Arriving in Italy

On June 26th, the Italian Ministry of Health issued a declaration banning the use of overhead lockers on all flights arriving in the country.  It optimistically suggested that airlines would not charge for luggage consigned to the hold as only small bags, that fitted under the seat in front, would be permitted.  On July 13th, La Repubblica, the Italian newspaper, announced the reversal of the ban.

Border Management within the EU

Border management is a matter for each member of the European Union and they can, as Italy has, decide not to follow the advice of the EU regarding ‘safe countries’.  Italy reopened its borders to travellers from the EU and Schengen area countries on 3 June, without mandatory quarantine.  La Repubblica has stated that this will not change.  But, the situation regarding the spread of the coronavirus remains fluid.  Travellers to all EU countries including Italy can find country-by-country travel information on the Reopen Europa website.

Calls for an EU Testing Protocol for Travel...