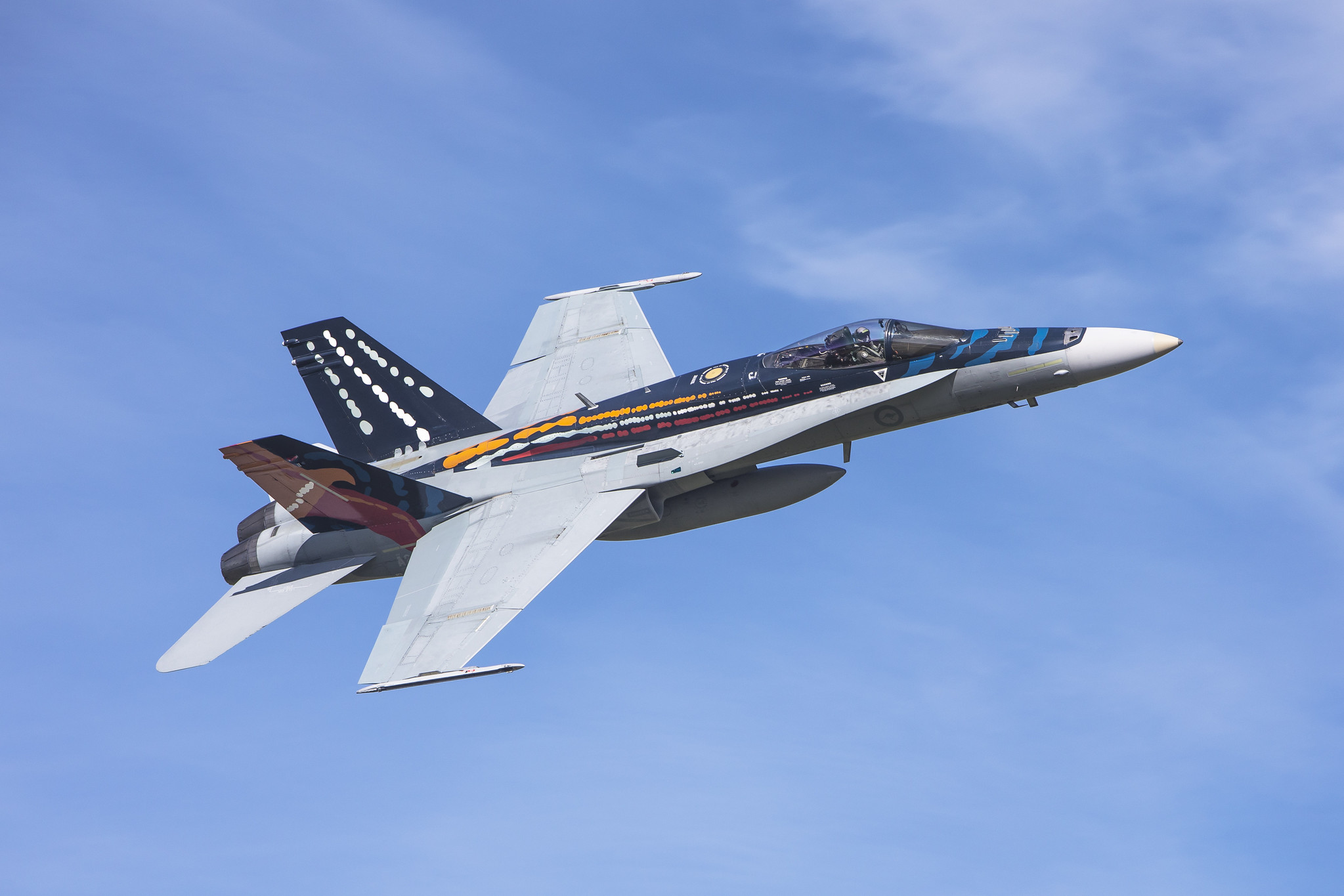 Very few twin-engine fighters in the world have collected the same fame and admiration as the F/A-18 Hornet. The 4th generation fighter was instrumental in multi-role missions throughout its long history; quickly shifting between attack and fighter modes according to the situation.

Initial prototypes of both the F/A-18 Hornet and the F-16 Fighting Falcon emerged from the U.S. Air force’s LWF competition (Lightweight Fighter Program), held in the early ’70s. Although the YF-17 (Hornet prototype) lost the contest, it’s twin-engine configuration appealed to the U.S. Navy and fit perfectly into its vision of a next-generation multi-role carrier jet.

Northrop began developing the ‘Cobra’ and was later joined by McDonnell Douglas (later acquired by Boeing) to finalize the design. Surprisingly, tensions grew between the two U.S. aerospace companies over ‘selling rights’. The spat was finally settled in a $50mn agreement that gave McDonnell Douglas complete selling privileges of the fighter.

The Hornet was top of the class when it came to maneuverability and multi-role performance. Its twin, 16000 lb. thrust generating turbofan engines provided plenty of juice for it to cruise at supersonic speeds.

You could also mount just about any armament –missiles, bombs, rockets- on the aircraft which complemented its dreadful 20mm six-barrel Vulcan cannon. This made the F/A-18 a fierce rival in both fighter and strike roles.

A distinctive feature of the jet was its excellent ability to fly at high angles of attack. This was made possible by the onboard stabilizers and the plane’s leading-edge extensions.

The legendary multi-role fighter has proven its might in many historical combat missions and is now ready to pass on the crown to its newest variants. Among them, the F/A-18 Super Hornet and the EA-18G Growler have both gathered acclaim from existing users; whereas Boeing still receives many orders from international clients. The Super Hornet has even found its way to Hollywood, as the new ‘Top Gun’ movie will feature the jet as flown by Tom Cruise.

Clearly, the Legacy Hornet’s popularity has outlived its service life, and to this day it is respected for its air superiority and prowess.