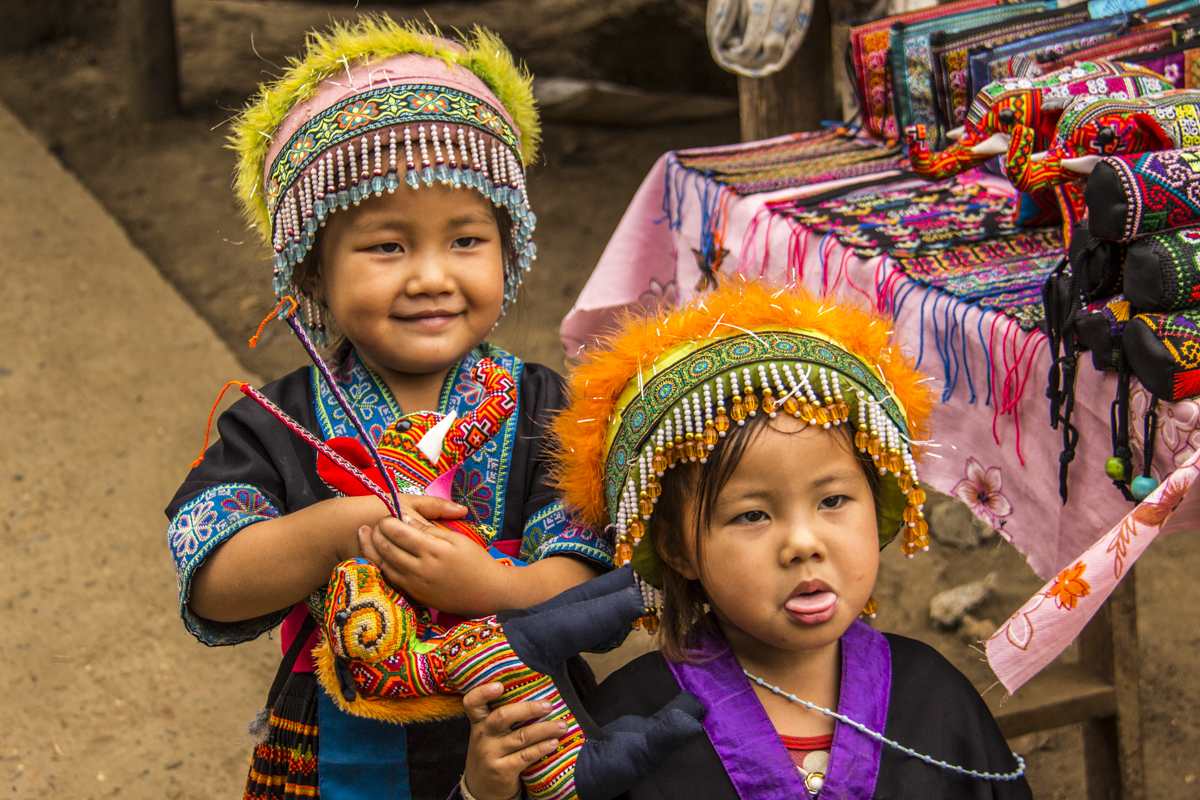 Tempted by the thought of a whisky tasting in the Whisky Village on the Mekong River in Laos I decided to find out more.

I joined a small group already aboard one of many long-tailed boats lined up at the water’s edge.  As we nosed our way through the muddy brown waters I had time to enjoy the agricultural landscape on either side of me.  For the next hour we floated past fields and forests dotted with temples and one working elephant.

Ban Xang Hai Village on the Mekong River in Laos

When we arrived at Ban Xang Hai also known as the whisky village, I followed a path up to a small clearing.  Here I found a large table laden with bottles of different sizes and surrounded by large clay jars.  The villagers have used clay pots like these to ferment wine for hundreds of years.  They are also ideal for the production of Lau Lao rice whisky.  A mixture of rice, river water and yeast is put in the jars and left to ferment for three weeks when it is ready to drink.  The taste was just what one would expect it to be – but it was fun trying the different flavours.  I left the tasting early to explore the rest of the village and found some market stalls selling a colourful mixture of hand-woven and imported fabrics.

Pak Ou Caves on the Mekong River in Laos

Back on board our boat we chugged across the Mekong River to the famous Pak Ou Caves.  These caves penetrate the steep face of a limestone cliff.  I climbed the steep, narrow steps to the open mouth of one of those caves.  Below me was a fabulous panorama of the two rivers, Mekong and Nam Ou that join together here.  Looking back, I could see a small selection of the thousands of Buddha images on display inside the caves.  The Buddha in every imaginable shape, style, colour and size.  It was an amazing sight. A huge collection that has grown over centuries with donations from locals and pilgrims.

Back on land I was driven to the Hmong Village which is named after the Hmong, a minority tribe from China that now lives here.  They moved here in the eighteenth century during a period of political unrest.  A group of very small children were waiting to welcome me when I arrived.  Some of them were wearing traditional costumes and all of them were waving woven bracelets and screaming “one dolla.”  I avoided eye contact, hurried along the one street lined with identical stalls and found the heart of the village and the workers.  A genuine snapshot of village life.

Kuang Si Waterfall was the last place I visited that day.  This stunning series of azure pools and cascades of water linked by footpaths was a real highlight of my day and my time in Laos.

Read Article
After winning the title of “best airport,” Hamad International Airport (HIA) wants to become an artistic airport. This…
Read Article
Qantas has announced today that it will further cut its domestic flights in response to the rising cost…