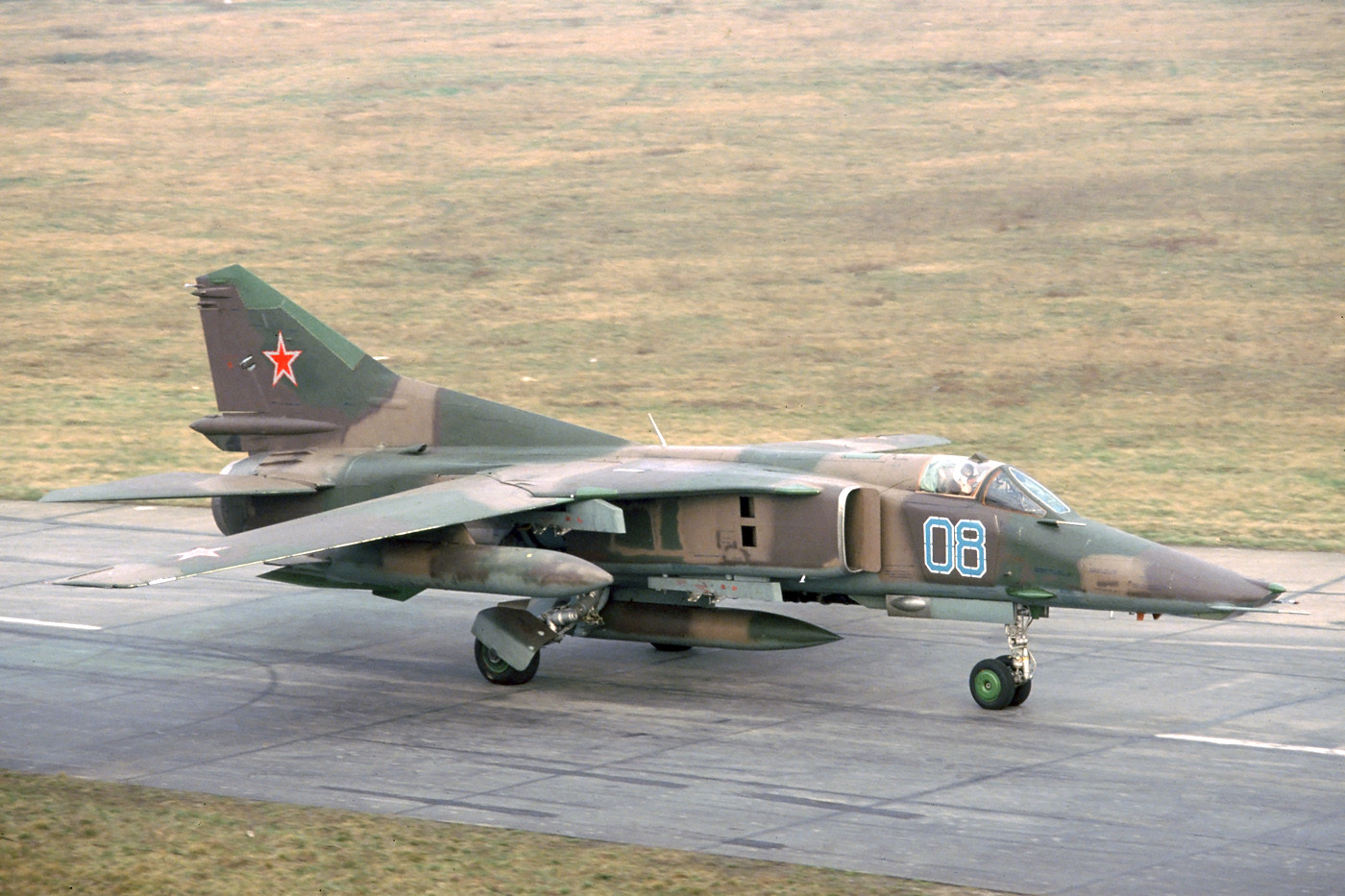 If you have ever looked into military aircraft used by the Soviet Union before, you must have noticed the name “MiG” come up quite a bit. One variant in the MiG lineup is the MiG-27 (commonly known as “Flogger”). The supersonic fighter bomber aircraft was primarily used to engage ground targets and was developed by the Soviet aerospace manufacturer Mikoyan.

The Flogger-D was a result of the Soviet air force’s discontent with some features of its predecessor, the MiG-23. They wanted a ground-attack aircraft that could also fly at low altitudes and at high speeds. For this purpose, several changes were incorporated into the MiG-27 design such as simpler intakes and a shorter exhaust nozzle.

Its maiden flight was in 1970 and it was fully adopted into the Soviet fleet in 1975. The Soviets used it during the Afghanistan conflict in 1987-1989 for bombing ground targets and providing close air support.

While the MiG-27 design is mostly inherited from its predecessor, some modifications have been made to the nose. This is why some pilots referred to it as “Platypus”. One key improvement over the MiG-23 design is its increased cockpit visibility due to a wider field of view.

A prominent feature of both the MiG-23 and MiG-27 was the “swing-wing” mechanism. It allowed the wings to be swept backward to reach higher velocities.

As a result, the plane could cruise at 1250 km/h and even reach speeds of up to 1800 km/h. Moreover, the powerful Khatchaturov R-29B-300 afterburning turbojet engine allowed it to climb at an impressive rate of 200m/s.

The flogger is equipped with a 30mm Sh-6-30 gun, which is useful for providing close air support. Additionally, it can carry a combination of bombs (KAB-500L, KAB-500KR) and unguided rockets (S-24, S-25, S-8, S5); which make it a lethal choice for air-to-surface missions.

Unlike its predecessor, the MiG-27 did not find much use in the Soviet Union and was soon retired in the 1990s. However, it was used extensively by many other countries such as India, that retired its last squadron only recently.

Currently, only a few countries (Sri Lanka, Kazakhstan) have kept the bomber operational.