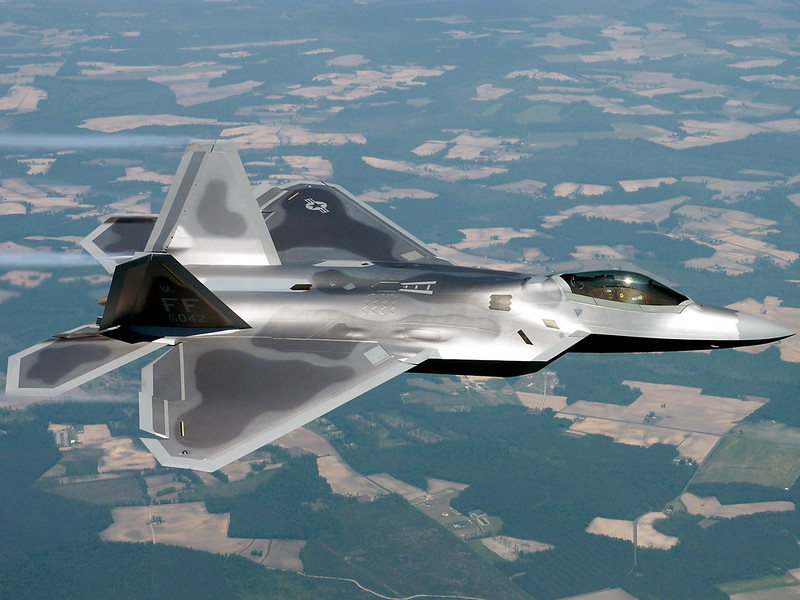 If you asked someone a few decades ago about the world’s greatest multi-role fighter jet, they’d probably say the F-16 Fighting Falcon, F-18 Hornet or the F-15 Eagle. But if you asked that today, the answer will most definitely be the F-22 Raptor.

The F-22 is undoubtedly a lethal air-to-air and air-to-ground 5th generation fighter. Its unmatched stealth, agility and firepower give it an intimidating presence in the skies.

The Cold War was a catalyst for many exemplary US-made fighters. However, its air force felt the need for a newer advanced tactical fighter to diminish threats posed by rival emerging jets such as the MiG-29 and Su-30.

In the early 1980s, it booted plans to develop a next-generation Advanced Tactical Fighter (ATF) with stealth capabilities. The US split the ATF’s development between two engineering teams. Lockheed, Boeing and General Dynamics forming one, delivered the YF-22 prototype. While the other comprising Northrop and McDonnell Douglas came up with the YF-23.

From the two initial prototypes delivered, the United States Air Force settled on the YF-22 design as its final ATF. The aircraft’s primary contractor, Lockheed, furthered its development by implementing many changes to the jet’s airframe and avionics.

It’s twin Pratt and Whitney F119-100 engines can each produce up to 35 000 lbs of thrust. This is more than enough to propel the F-22 to supersonic speeds and even cross Mach 2 with afterburners enabled; making it elusive to aerial threats.

Besides the engines, the jet boasts thrust-vectoring nozzles. In simple words, it’s the ability of the rear nozzle to move about its vertical axis to direct thrust for improved manoeuvrability and pitch control.

The jet’s designers also built it with the major goal of stealth. Its shape has many smooth curves and aligned edges, while the exterior is masked with radar-absorbent material. It also has far less radio emissions from the cockpit, and the horizontal flapped nozzles are designed to ward off heat-seeking missiles. Even if the jet gets detected, it can take off at blazing fast speeds and quickly manoeuvre to escape enemy threats, (not that many can threaten the raptor).

Put simply, the F-22 is a joy to fly. Take it from someone who has actually flown it. Major Paul Lopez, a USAF pilot shared his thoughts on flying the jet:

When the enemy is expecting a jab you are hitting them with an upper cut and that is pretty cool. There are things that we can do that no other aeroplane can do

You would think the world’s best fighter would have a long and action-packed life. But as of now, its production remains suspended, with only 187 units operational. This is just a fraction of what the USAF initially (750) had planned for the next-gen fighter.  Many factors like high-operating costs, a whopping per-unit cost, no carrier support and non-feasibility to routine missions, all contributed to a halt in production.

However, it still stands as one of the most capable fighter jets in the world. It also bagged the 2006 prestigious Collier Trophy; a true testament to its outstanding capabilities and air dominance.

Let us know your thoughts on the F-22 Raptor in the comments below!

Unidentified Person Killed by Southwest 737 on Ground at Austin

Read More
After Dennis Muilenburg’s unceremonious departure from the Boeing CEO position late last month, the new incumbent David Calhoun…
Singapore Airlines has been one of the world’s leading carriers for a very long time due to its…