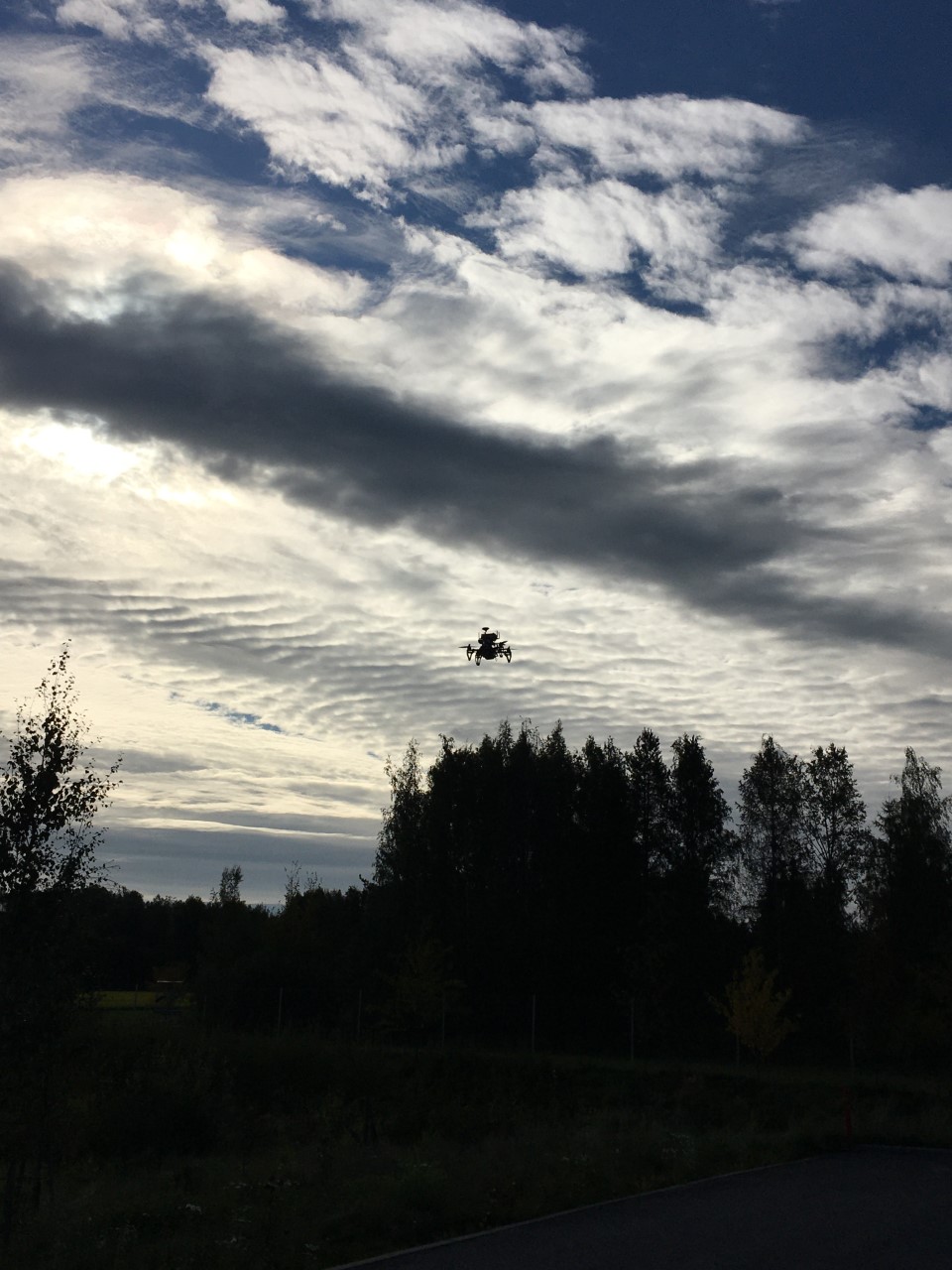 Yesterday (Tuesday, 20 September 2021) Travel Radar was in Helsinki (Finland), to attend a drone trial of the Gulf of Finland 2.0 project, an international collaboration working on the integrating Unmanned Aerial Vehicles (UAV) and drone technology in the airspace for commercial purposes.

While earlier this year, Seaplane Hong Kong announced their UAV air taxi operations, with no development announced so far, in Europe the practical assessments have started. The future of aviation looks closer!

Gulf of Finland 2.0 (GoF2.0) is a consortium of 15 partners, mainly from Finland and Estonia, working on a 2-year project about integrated urban airspace, supported and partly funded by the European Commission.
The final goal of the project is to secure a safe integration of UAV and air taxi operations in urban airspaces, also in densely busy areas.
The project is extremely relevant for the future of aviation and airspace; as the development of UAVs and air taxis is rapidly growing, and the drone technology is in constant evolution, a safe coexistence with manned aircraft needs to be integrated.
After some months of preparation, trials are being conducted between September and October, with a first evaluation of the results before the end of 2021. During next year, the trials will intensify and the project will be further integrated.

Yesterday, the consortium performed one of its very first trials, the first in Finland, in the surroundings of Helsinki Airport. The objective of the trial was to test and demonstrate communication and flight planning between drone operators and Air Navigation Services, for further integration of drone technology in urban airspaces.

For the trial, a part of the airspace around the testing premises had been reserved to safely operate the test flights. During the flights, a continuous monitoring and communication was happening between the testing location and the Air Traffic Control in Helsinki Airport, who previously approved the flight plans of the different flight exercises. A goal for the future is to configure the airspace automatically, according to the flight plans. The workers at the testing premises commented, “this would be a big step forward. However, today, we are already pushing boundaries with this trial”.

Integrating drone technology in urban mobility means that there needs to be cooperation with other transportation infrastructure, such as airports, harbours and warehouses. One practical example of integration would be the transportation of goods and cargo between an airport terminal and a logistics centre.

The Estonian company, Threod, is testing during the trials, its own UAV. With a wingspan of 5 meters, Threod’s UAV is currently able to fly for two hours at 36 knots (about 80 km/h), thanks to two rotors powered by electricity. During the first trial, the aircraft has flown around Helsinki Airport, while today (Wednesday, 22 September 2021) it will conduct its first test flight between Helsinki and Tallinn.

One of the main technology collaborators of this project is the Finnish company Vaisala, which hosted the trial in the premises of its headquarters in Vantaa (Finland), quite close to Helsinki Airport. The company is one of the global leading players for environmental, meteorological and industrial measurements.
In the GoF2.0 project, Vaisala is providing its expertise and products for weather analysis and measurement. “Weather is one of the key factors in air operations – said Tapio Haarlaa, head of Aviation and Business Development in Vaisala – and our company is contributing in the project with tools and products which will provide important data for safe operations in any weather conditions”.

Vaisala has shown, during the trial, two products: Beacon Station BWS500 and Windcube.
Beacon Station BWS is a compact weather station, powered by solar panels, able to analyse and monitor weather and pollutant gases in the air.
Windcube is used to measure wind directions and airflow up to 300 meters high, providing real-time data and information.

These innovative products will provide very beneficial insights to the project, especially in the urban context of the Baltic Sea, where the weather is quite inconsistent and tends to change quickly.

Are you excited to see these new technologies developing and becoming reality? When do you think we will see drones in urban airspaces? Let us know in the comments!

A Very Expensive "A"

Read More
The Boeing 747, more famously known as the “Queen of the Skies,” is finally nearing its end. The…
Read More
Last Sunday (31 October 2021), the IATA Winter Season 2021/2022 officially started. Airlines usually let many of their…
Read More
First out of seven of their planned deliveries, AirBaltic welcomed its 26th airbus A220-300 jet, registered as YL-AAZ…