Everything You Need to Know About the World’s Busiest Airport

Guangzhou Baiyun International has become the world’s busiest airport in air traffic figures released by the Airport’s Council International (ACI) last week. So where is this airport situated and exactly how many passengers used this airport in 2020? Travel Radar explores everything you need to know about the airport at number one.

Guangzhou Baiyun International Airport is located in Southern China and is about 85 miles from Hong Kong. It is the most major airport of the Guangdong province which is home to around 115 million people. 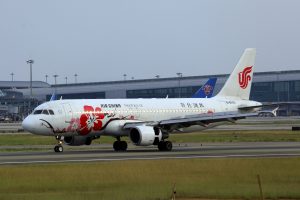 Despite Guangzhou Baiyun International taking the number one spot, this is the first time a different airport has come out on top in 22 years. Up until these latest figures were released, Hartsfield-Jackson International in Atlanta had been the busiest airport for over two decades. It has been dethroned due the pandemic with a decline in air travel having a serious impact on passenger numbers. 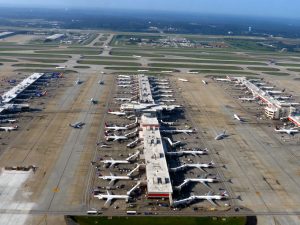 In 2019 Atlanta’s airport took a staggering 110 million travellers to their destinations compared with just 42.9 million last year. Despite this 61% decline, Hartsfield-Jackson still sits closely behind Guangzhou Baiyun International Airport in the number 2 position.

ACI World Director General Luis Felipe de Oliveira said: “The impact of the COVID-19 on global passenger traffic pandemic brought aviation to a virtual standstill in 2020 and we continue to face an existential threat”.

The old Baiyun Airport initially opened up in 1932 but due to expansion in Guangzhou it could not grow to meet passenger needs and shut in 2004 whilst a new Baiyun Airport was reopened in the same year. It is nearly five times larger compared to the former airport. “Baiyun” means white cloud in Chinese and the airport was named after the Baiyun Mountain that was close to the original airport.

Last year, Guangzhou Baiyun had 43.7 million passengers leave its departure lounge which was enough to make it the world’s busiest airport but it is still a 40% decrease from 2019.

Guangzhou Baiyun has three runways, 66 aprons and normally flies to 100 destinations which are mostly domestic. A third phase of construction began at the airport in September 2020 in which it aims to add a third terminal and two more runways. The multi-billion pound project is expected to be finished by 2022 and will be able to handle 120 million passengers annually.

After an unprecedented year of grounded flights, it’s remarkable for any airport to become the world’s busiest airport given the circumstances of the global pandemic, but it’s got to go to somebody! Hats off to Guangzhou Baiyun International. Have you ever flown to this airport? Let us know below.