Earlier this month an Ethiopian Airlines Airbus A350 – 900 suffered extensive wingtip damage from a runway excursion during a rejected landing into Johannesburg. Unfortunately, the incident damaged the just one-year-old aircraft, registration ET-AYB. The jet was operating flight ET-809 from Addis Ababa Bole International (Ethiopia) to OR Tambo International Airport (South Africa), and upon touchdown the aircraft aborted landing and performed a go around to later land safely without incident about 20 minutes later.

Images from the accident where later revealed on twitter showing the extent of damage to the aircraft’s right wingtip. 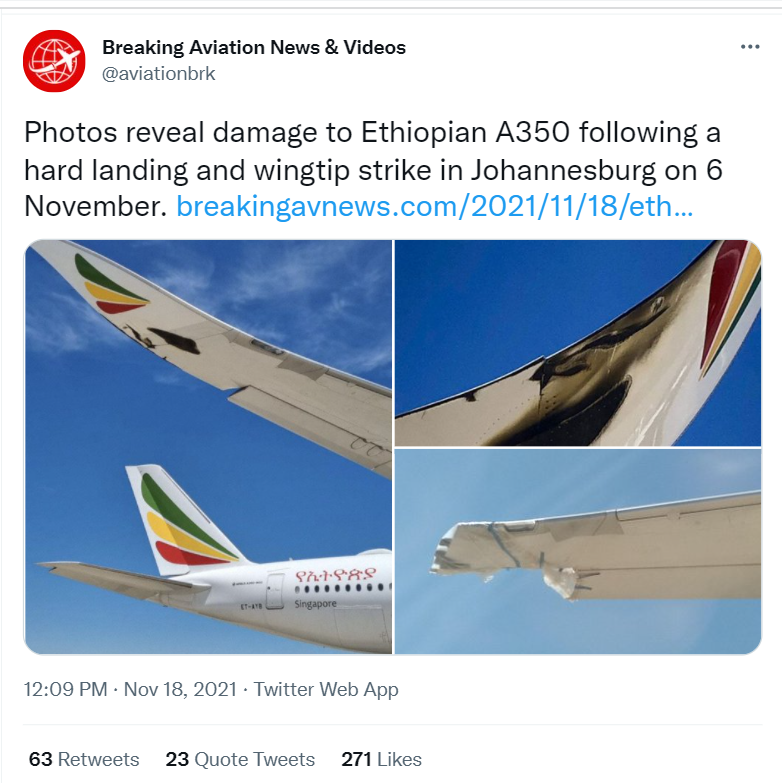 ADS-B data transmitted by the aircraft indicates the Airbus was descending at 500 plus feet per minute upon touched down. The Ethiopian jet landed approximately 120 meters / 400 feet past the runway’s threshold but before the first touchdown zone marker. ET-AYB then veered 12 degrees to the right then climbed through 400 feet AGL around 460 meters / 1500 feet to the right of the runway centerline and overflying the hangars east of the runway.

The Accident and Incident Investigations Department of South Africa’s Civil Aviation Authority (SACAA)later reported they had been notified of the incident on the same day and have initiated an investigation. A preliminary report will be published within 30 days.

Pilots operating out of Ethiopia’s main international airport, one of Africa’s busiest airports. Have been issued a warning from the United States as they could be “directly or indirectly exposed to ground weapons and/or surface to-air fire”. If on going conflict between Ethiopian forces and fighters from the Tigray People’s liberation Front (TPLF) spiral into the capital.

“The international airport in Addis Ababa is the hub for state-owned Ethiopian Airlines, a symbol of Ethiopia’s former status as one of the world’s most rapidly growing economies before the war” 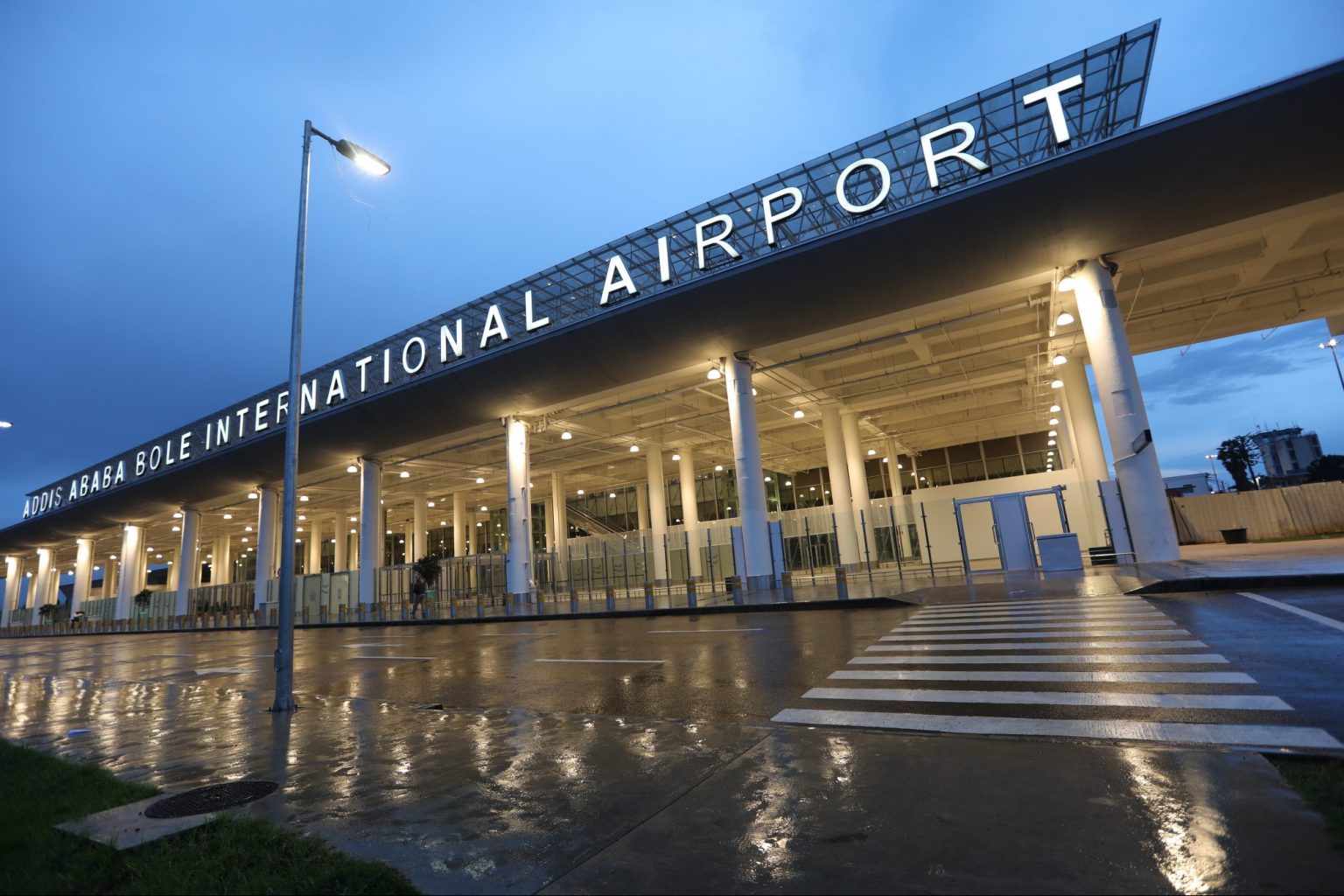 Fighting in Ethiopia began during the height of the pandemic in November 2020 when Prime Minister Abiy Ahmed sent troops to the Northern Tigray Region. Government forces have been accused of blockading the area and inhibiting the flow of international aid. The Tigrayan fighters have advanced in recent months and have formed a coalition with other rebel groups in the surrounding area. After a year of conflict, the coalition threatened to march in to the capital early November as tension rises. The FAA advisory said there had been no reports of disruptions at the airport and “no indication of an intent to threaten civil aviation”. However, the warning was issued on Wednesday, a day after the US urged its citizens to leave the country immediately as the fighting risked further escalation.

Growing conflict and a series of notable accidents and incidents, has shadowed the airlines previous success as being Africa’s largest and best-managed carrier. Ethiopian Airline became Africa’s leading airline turning Addis Ababa into a major gateway to the continent.

What are your thoughts? Let us know below in the comments or tweet us @thetravelradar.