On Monday, Easyjet celebrated their first flight from Manchester Airport to Newquay in Cornwall. The new route comes at a perfect time to Brits eager for a holiday amid Covid travel restrictions at popular tourist destinations abroad including Spain and Italy.

As more Brits than ever consider staycations this summer, the domestic route connects the North with the South for holidaymakers looking for some Cornish sunshine. Speaking about the new route, Ali Gayward, EasyJet’s UK Country Manager said: “We are really excited to be celebrating the launch of our new route from Manchester to Newquay today (Monday). We know that people across the UK want to travel this summer, so we’re delighted to offer even more direct domestic routes, reuniting customers in the North West with family and friends or taking them away on a long-awaited break.

At EasyJet, we remain focused on strengthening our UK network, as well as providing customers with more choice, great value fares and unrivalled customer service.” 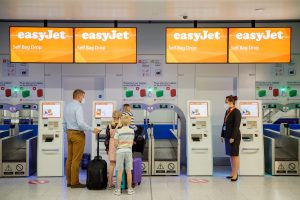 Karen Smart, Managing Director at Manchester Airport added: “We are thrilled to see EasyJet expanding its offering from Manchester with this new service. Greater connectivity and more choice for passengers travelling to the South West is good news for the North, whilst this route will also ultimately give travellers in the South West access to an extensive range of destinations from Manchester, as international travel resumes.”

Not only is Newquay a popular tourist destination, next month it will be host to several world leaders around the world including US President Joe Biden and German Chancellor Angela Merkel who will be flying there for the G7 Summit. In March it was announced that the airport would undertake a £7.8 million upgrade funded by the government as it increases flight operations.

Yesterday Easyjet announced they were further enhancing covid testing making it easier and more affordable for customers looking to fly this year with test centres located at EasyJet airports across the UK. Will you be flying with the airline this Summer? Let us know below!

Will Business Travel Return After Covid-19?