While the commercial aviation industry is slowly trying to recover from the difficulties faced during the pandemic, demand for private jets has steadily risen.

Since the start of the pandemic and alongside the introduction of various travel restrictions, the private jet sector has seen a steady increase in demand from people everywhere. Throughout the pandemic, private jets have increasingly been turned to as a means of travel, from offering a solution to footballers traveling to play matches to assisting travel for students and passengers otherwise stranded away from home. As a result, there has been a steady increase in demand for private jet companies, with 2020 being a more profitable year for many private jet companies than 2019.

Although the US is the largest market for private aviation, with around 21000 private aircraft compared to Europe’s 4000, private companies worldwide have seen an increase in both demand and profit for their services. In August 2020, in the UK, private jets’ order was back up to 93% of normal levels, whereas commercial flights were down by 65%. Meanwhile, Swiss-based company, LunaJets, ended the year having sold 15% more flights than in 2019. Likewise, Dubai’s private jet industry saw a 20% growth in 2020 compared to the previous year.

A Safer Way to Travel

Alongside being a more convenient way to travel during the pandemic, many travelers also feel it is a safer way to travel in the current climate. With most private aircrafts offering a significantly smaller number of seats and larger aisles than commercial aircraft, people opted to travel by private jet as a way to minimize the risk of exposure to Coronavirus. 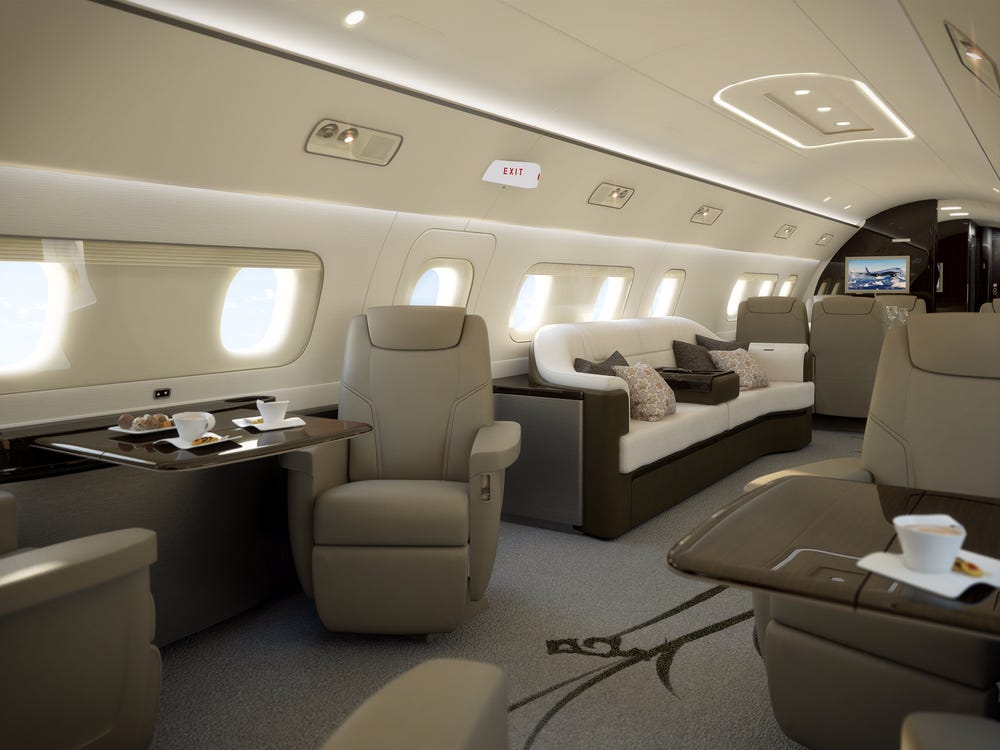 Speaking on the matter, Patrick Gallagher, president of sales and marketing for NetJets, stated: “It’s people’s health concerns…people are fearful of a commercial terminal with hundred-plus strangers. They don’t want to deal with the protocols involved in that”.

While the risk of transmission is still present in a private jet, the risk can be minimized by controlling passenger numbers and onboard more easily.

Whilst many private jet companies have been able to step in and resolve many travel-related issues for many people, there has been some criticism that travel by means of a private jet is “tone-deaf.” Throughout the pandemic, one of the priorities for all governments has been to restrict travel as much as possible to control the spread of the virus. Many people traveling in the form of private jet have therefore received a lot of backlash for their choice to do so in light of current advice against travel.

In addition to the controversy surrounding the appropriateness of traveling altogether, traveling by private jet comes with a large price tag, significantly more expensive than traveling on a commercial flight. Whilst a flight from Los Angeles to Las Vegas would cost around $400 with United Airlines, the same route on a private jet could set you back around $9000.  As a result, it seems that, although restrictions are in place, these can be undermined by those who can afford to fly by private jet.

Bad for the environment

Amongst other concerns regarding travel by private jet, there is also the issue regarding the sustainability of traveling by this means. According to an analysis by the Guardian, a traveler flying alone in a private jet is responsible for up to 20 times the carbon emissions of an economy passenger on a commercial flight. This somewhat combats the efforts being made by commercial airlines, such as the introduction of Sustainable Aviation Fuel (SAF) as the preferred fuel in Japan. Although private jet companies like NetJets are following in the footsteps of commercial airlines in working towards more sustainable means, such as the implementation of SAF.

Despite the chosen means of transport and its impact, however, travel restrictions look set to be in place for the foreseeable future regardless.

Why Israeli Airports Have the Most Impenetrable Airport Security