Quarantine measures still apply to all arrivals in the UK from “red list” countries including the United States.  But COVID-19 testing may be a way of beating quarantine.  The UK Transport Secretary, Grant Shapps, has indicated he supports a proposal for a pilot scheme that could result in quarantine-free air travel.

Pilot Programme to Test Arrivals at Heathrow Airport for COVID-19 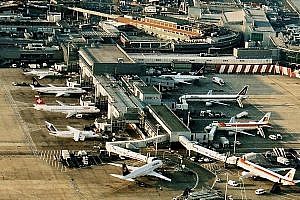 Swissport International, a cargo and ground handling service working with Collison, the travel assistance group has developed a private testing programme.  Passengers taking part will have to pay.  The cost will probably be around £100 – £190.  Nurses from the Collinson Group will take swabs at a facility run by Swissport International at Heathrow.

Passengers who have taken the test the proceed to the place designated for quarantine when they booked their flight.  The results of the test should be available within 24 hours.  Passengers with a negative result will be free to leave quarantine (subject to government approval).  A passenger with a positive result has to remain at their quarantine address for 14 days.

How the Testing Will Take Place at Heathrow Airport

According to a press release from Collinson, the “Test-on-Arrival” programme will only be available to passengers arriving on a flight landing at Heathrow’s Terminal 2.  Passengers requiring the test must set up an account and book the test before their flight.  But, the success of this pilot depends on the agreement of the government that those with a negative test are free to leave quarantine if the test proves to be negative. 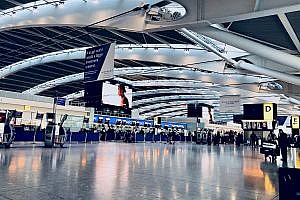 When the British government introduced quarantine for all arrivals in the UK on June 8 there was widespread opposition.  British Airways, EasyJet and Ryanair launched a legal challenge.  On July 10 the UK government issued a list of countries they had designated as quarantine-free.  For countries not listed, airport testing could provide a much-needed solution.  The Daily Telegraph reports it has already been introduced in 21 countries.

David Evans, Joint CEO at Collinson has given assurances regarding the accuracy of the tests.  He states: “PCR testing is the gold standard of Covid-19 testing, used by the NHS and Public Health England, as it is able to detect the virus even when someone is asymptomatic.” 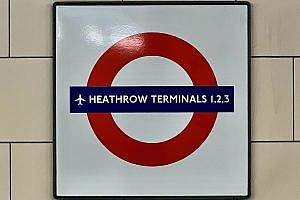 John Holland-Kaye, Heathrow CEO, fully supports the scheme as a safe solution for passengers travelling to and from high risk countries.  He says “This trial with Swissport and Collinson will provide a much-needed alternative to quarantine … and should add further momentum to the Government’s push for Common International Standards which are needed for the resumption of global travel.”