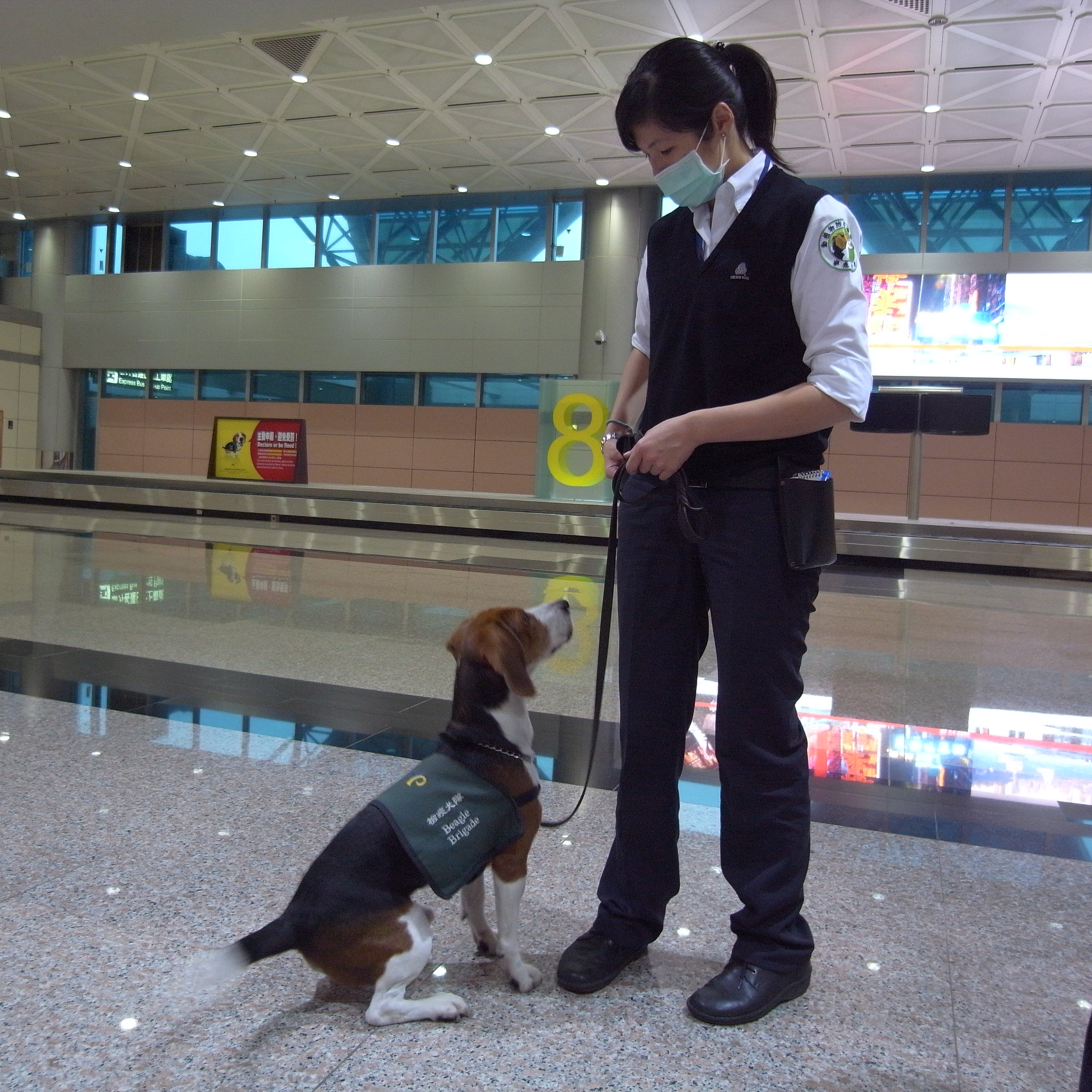 A study from the London School of Hygiene & Tropical Medicine (LSHTM) has discovered sniffer dogs could be used to detect people infected with Covid-19, with a 94 per cent accuracy.

As part of the trial, it took between eight to ten weeks to train the sniffer dogs to identify a distinctive odour produced by the cells of people carrying the virus, using 3500 samples of clothing such as socks, face masks and t-shirts, which had been donated by NHS staff and members of the public who had been infected with the virus.

Dogs have up to 100,000 times olfactory scent receptors in the nose than humans and have long been used to sniff out drugs and explosives. Some breeds of dog can also detect the unique scents of diseases including cancer, Parkinson’s and malaria. The Covid odour is undetectable to the human nose but can be identified by trained sniffer dogs, which could prove to be essential at airports as more people start travelling again.

The BBC said in a recent report that the sniffer dogs were able to sniff out the disease even when it was caused by different variants, and when the person had no symptoms or only had very low levels of the virus in their system.

Researchers conducting the study found that whilst the sniffer dogs had correctly detected 88% of coronavirus cases, the dogs also incorrectly flagged 16% of people from the trial who didn’t have Covid. This suggests that there is need for further trials and testing for more conclusive evidence.

Claire Guest, Chief Scientific Officer at charity Medical Detection Dogs, which trained the animals, said “These fantastic results suggest that sniffer dogs are one of the most reliable biosensors for detecting the odour of human disease. However, if one person on a plane of 300 passengers had coronavirus, the dogs are likely to correctly identify that person, but may also wrongly indicate that another 48 Covid-negative people are infected,” which means a proportion of infections will still be missed.

As things stand, the researchers do not believe sniffer dogs alone are effective enough to detect positive cases but will certainly be an additional asset and diagnostic tool towards successful screening to help prevent the further spread of Covid-19, along with swab testing, which can pick up 91% of infections.

Another benefit of using sniffer dogs to detect coronavirus is speed. At present, later flow tests take at least half an hour to show a result but sniffer dogs would be able to sniff out a potential passenger with Covid in a matter of seconds. Passengers could be screened by  dogs as they stand in line to board a flight. If the dogs suspect a passenger to have the distinctive odour, the passenger can instantly be pulled from the queue and tested on the spot before they board the flight. Such measures would reduce the spread of the virus.

The next step of the study will be testing the sniffer dogs’ ability to sniff out the disease on infected people in real-world settings rather than infected material like clothing. “We would need to train more dogs for Covid-19 detection and we are currently in discussion with a number of experts in the relevant fields to deploy Covid-19 dogs,” says Dr Guest.

Other countries have also been using trained sniffer dogs to test people for the virus. Finland carried out the Corona dog study at Helsinki’s international airport in Vantaa and found the use of dogs to be a fast, easy and cost effective method of screening, which could be effective enough to facilitate mass testing in places such as airports and train stations. Although, the Ministry of Social Affairs and Health said there wasn’t enough evidence to support the canines’ ability to detect the virus.

However, a French study found that sniffer dogs are better at detecting Covid-19 in humans than many fast lateral flow antigen tests and showed the sniffer dogs were able to detect the presence of the virus with a 97 per cent accuracy, presenting huge optimism, with two dogs being able to screen 300 people in 30 minutes.

Dr Guest added, “Our robust study shows the huge potential for sniffer dogs to help in the fight against Covid-19.”

What do you think about using sniffer dogs to detect Covid-19 at airports? Let us know in the comments below.

Read More
St Helena is another island that has become isolated due to the COVID-19 global pandemic, and thus has…
Read More
Vietnam’s LCC Vietjet signs a USD 10 billion long-term partnership deal with France’s multifunctional aircraft system corporation Safran.…
Read More
Emirates is currently going through the biggest financial crisis of its 35-year history. And with no immediate relief…