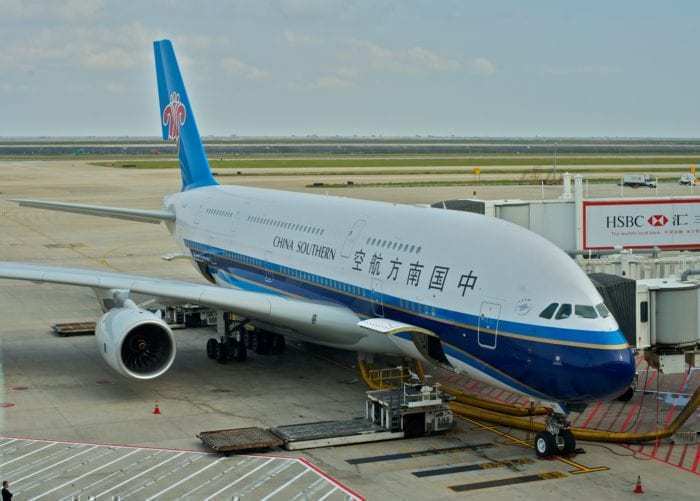 China Southern Airlines will be initiating a new route using their Airbus A380s from the massive new Daxing airport in Beijing to London Heathrow commencing in June this year.

We’ve previously reported on the impending retirement from service of the A380. Despite being a triumph of technology and heavily supported by Emirates the aircraft has been a commercial failure. As per the business model of the Gulf carrier (and a few other huge operators) it was designed to operate on the hub-to-hub model being fed from ‘spokes’ So, for example, you might fly from Kathmandu to Dubai, pile onto a A380 with another 400 people from smaller centres, fly to Frankfurt and make the connection to say Bremen.

But…with its four engines, the A380 is thirsty. Very thirsty. And expensive to buy and maintain. It must be almost full to make money and needs specific facilities at airports. As such, it’s limited to a relatively small number of very busy routes and is highly inflexible as regards route planning. With rapid recent improvements in-amongst others-engine technology, the value of the A380 has collapsed, and operators are ordering hundreds of the smaller, cheaper and more flexible A350 and Boeing 787 Dreamliner variants.

Carriers in the two biggest airliner markets; the US and China have largely ignored the massive Airbus.

Even so, there remain many routes where the economics of super-jumbo still makes sense. Guangzhou-based China Southern, Asia’s biggest airline (and third in the world!) with more than 850 aircraft, has given a vote of confidence in the economics of the A380 to London. The operator has just five A380s, using them on two domestic routes and internationally to Los Angeles and Sydney.

The airline currently uses a mix of A330 and B787 on its services to London. Significantly they will deploy the A380 not from Guangzhou but from Beijing’s brand-new mega-airport at Daxing. (PKX) Seats will be offered on the daily flight in first, business and economy classes as from 18th June.

China Southern has had a codeshare agreement with British Airways for ten routes dating from 2017 but signed an agreement in December last year to coordinate on a further six major destinations in China and this new Daxing-London route will allow greater flexibility for passengers on both carriers.

Read Article
2019 was a lousy year for commercial aviation. The business was shaken by events such as the China/US…
Read Article
To the delight of many airlines across the globe, Boeing has resumed the deliveries of its classic and…