On Friday, June 5, British Airways began their legal challenge of the UK quarantine measures that became effective on Monday, June 8.  The airline has sent a pre-action letter to the Procurator General, the Government’s most senior legal official.  This is the first stage of a judicial review. Easyjet and Ryanair also signed this letter.  It states: “In our view, the Government has failed to identify a valid justification for the blanket nature of the regulations, especially given the extremely severe nature of the self-isolation provisions that apply.”

The Rules of UK Quarantine

Most people arriving in the UK will have to declare travel details, a contact and an address where they will stay in quarantine for two weeks.  This must be done using an online form, before travelling.   Failure to comply will result in a fine or refusal of entry to the UK.   The rules for quarantine are the same as those for people who are self-isolating with coronavirus symptoms.  Individuals in quarantine can shop for food essentials and medicines, but only if reliance on others is not possible.  They will be able to take public transport from the point of arrival to their designated accommodation. 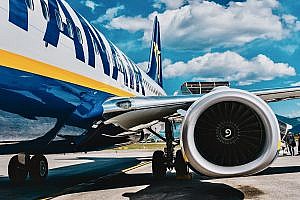 The penalties for breaches of self-isolation rules include notice of a £1,000 fixed penalty fine or potential prosecution and unlimited fines in England.   Scotland, Wales and Northern Ireland will be introducing their own enforcement procedures.  Scotland have already indicated that breaches will incur a fine of £480.  One in five of the people in quarantine people can expect to be subjected to a spot-check

The Exemptions from UK Quarantine

Travellers from Ireland, the Channel Islands and the Isle of Man coming into the UK will not have to go into quarantine.  Other exemptions include road haulage workers, registered health or care professionals travelling to the UK to provide essential healthcare, Eurotunnel drivers, anyone on Government or defence business, foreign diplomats, regular international commuters and fruit pickers.

The Justification for UK Quarantine 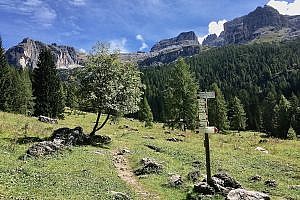 There is widespread concern that compulsory quarantine for visitors and returning citizens to the UK will cause a lot of damage to the travel and aviation sectors.  But the Home Secretary, Priti Patel, insists quarantine is necessary and “backed by the science” and “essential” to save lives.  Other countries are opening their borders.  But, despite this, the UK Government insists now is the right time.  Quarantine is vital to prevent a second wave of infections brought in by visitors from other countries.

The Government has promised to review the measures in three weeks.  By then other alternatives may be on the table, for example, the creation of air bridges and testing at airports.  But, for now, we have to abide by the rules.