British Airways A350 Collides with Emirates 777 at Dubai International

British Airway’s newest Airbus A350 aircraft, registered G-XWBA, has collided with an Emirates Boeing 777 aircraft at Dubai International Airport. It is thought the Airbus 350 was being pushed back from stand when it made contact with the tailplane of the triple seven. 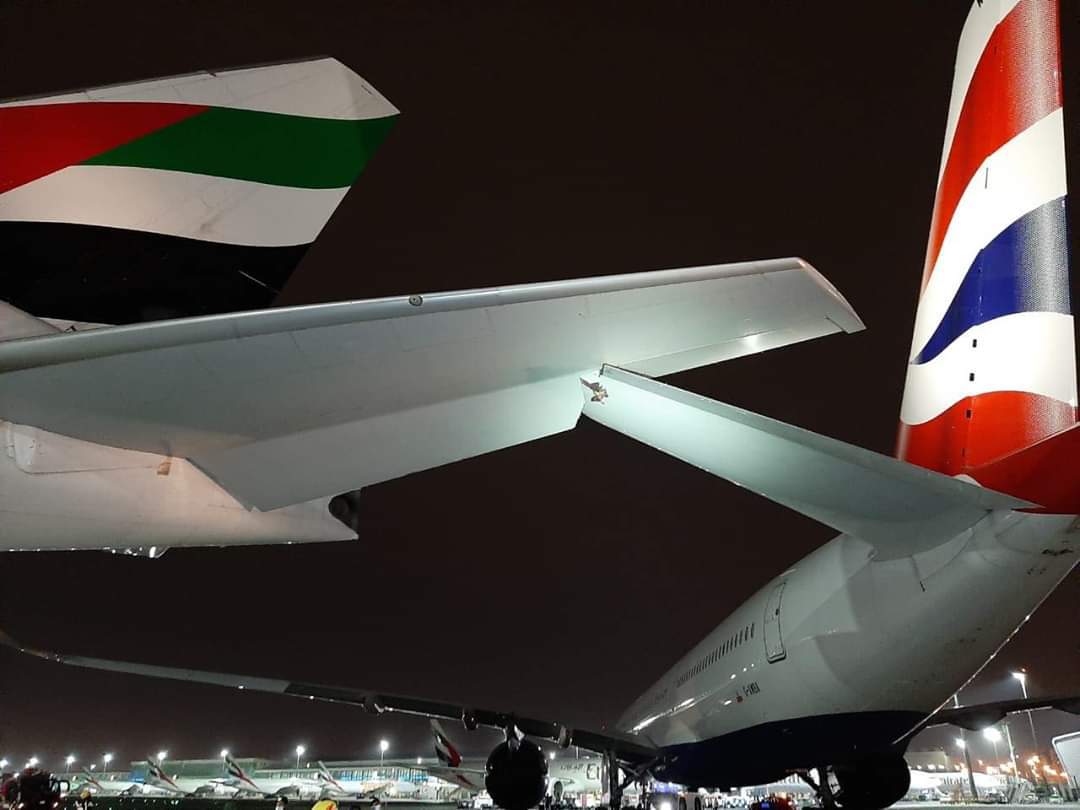 The Airbus A350 aircraft are the newest addition to the British Airways fleet, aimed at replacing the ageing Boeing 747s and some of the 777s currently operating long-haul routes. The first of these, G-XWBA was delivered in late July 2019, and is utilised on routes from London Heathrow to many far-flung destinations: Including Toronto, Washington, Tel Aviv, and Dubai during this April alone! Despite the mass grounding of various BA aircraft, the Airbus A350 has remained in constant service operating essential repatriation and cargo flights between world-hubs and London. 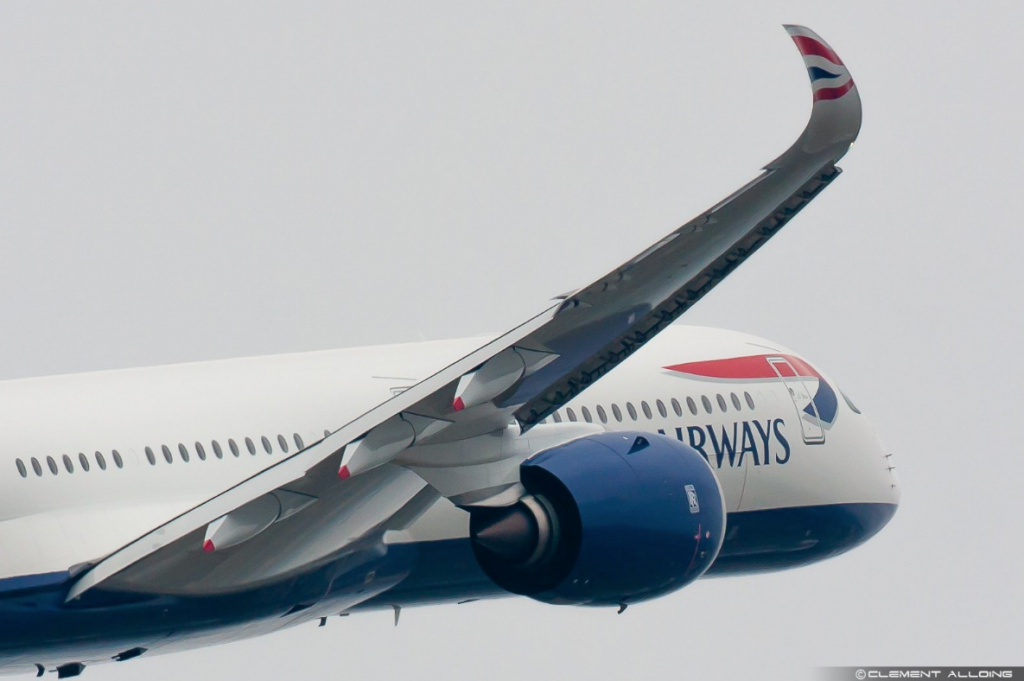 The aircraft’s horizontal stabiliser is thought to have collided with an Emirates Boeing 777 registered A6-EBR – a thirteen-year-old example that has flown with the carrier – during pushback. It is believed the A350 was due to operate the 01:30 departure, to London arrival at 06:15 flight: BA106; The flight was due to be cargo-only and no passengers are believed to have been on board. The 13-year-old triple-seven involved last flew route EK9706 from Riyadh to Dubai yesterday, Monday 13 April, and was parked on-stand with no passengers, crew or cargo onboard when the incident occured. Being one of the newest additions to the fleet, BA will likely be prompt to repair the damage – speaking to the press a British Airways spokesperson said:

“Safety is always our highest priority. The aircraft will be fully assessed before it is cleared to fly.”

When did the A350 join British Airways?

Delivered in July 2019, the Airbus A350-1000 is the newest addition to the British Airways fleet. It began service in August 2019 between Madrid and London – to prepare and train crews on the brand new type – before beginning long haul routes to Dubai, Toronto, Tel Aviv and Bangalore in the 2019-2020 period. The aircraft is configured in a two-class layout – Club World/Business-Class (the first aircraft featuring the new Club Suite) and World Traveller/Economy. The Club Suite is a one-of-a-kind suite, featuring a sliding door, fully lie-flat bed, and spacious storage compartments. 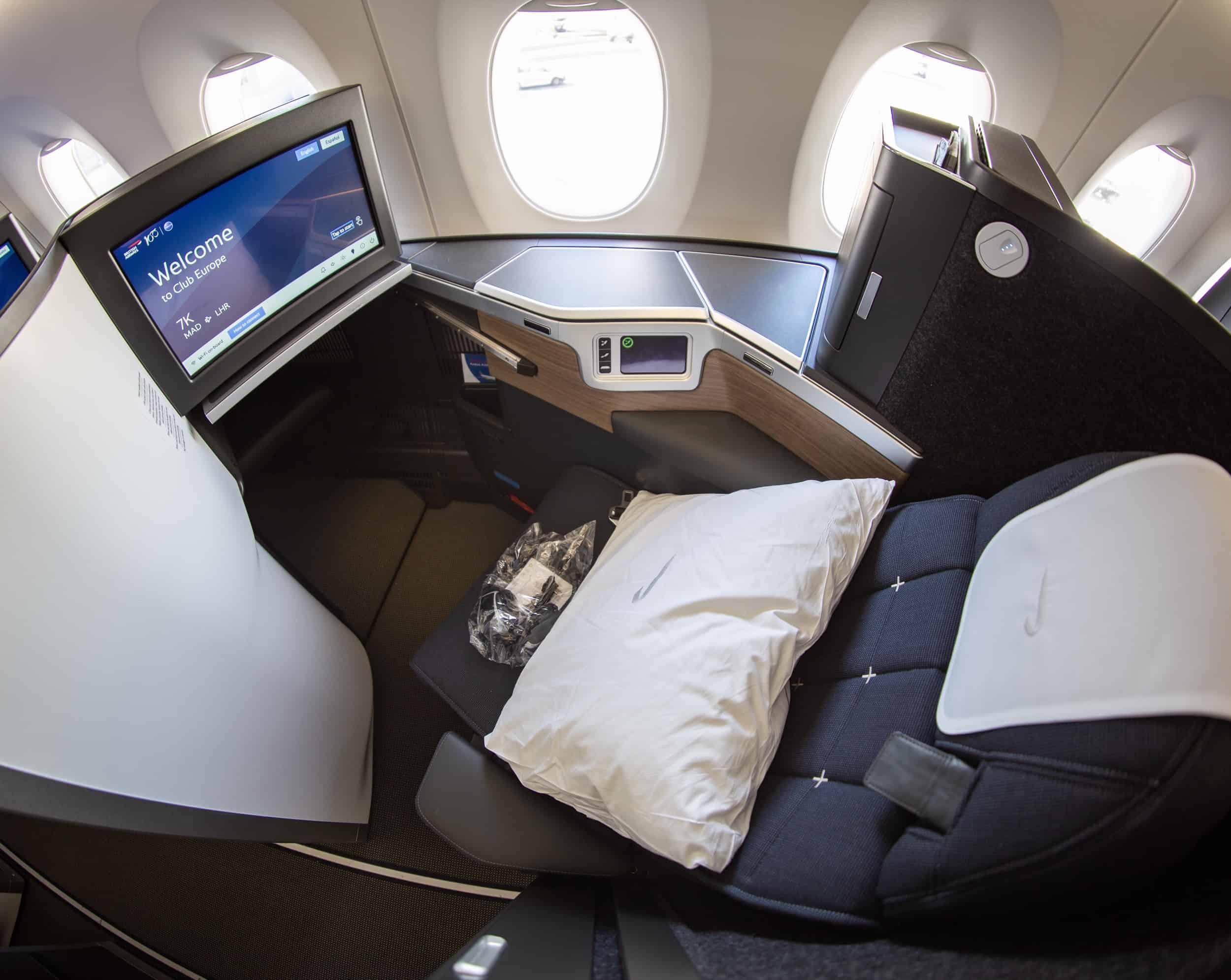 The airline has subsequently received four of the type and was planning on launch A350 services to the US in March 2020, before the Coronavirus Pandemic led to a mass reduction of routes.

What are your thoughts on the incident? Let us know below!