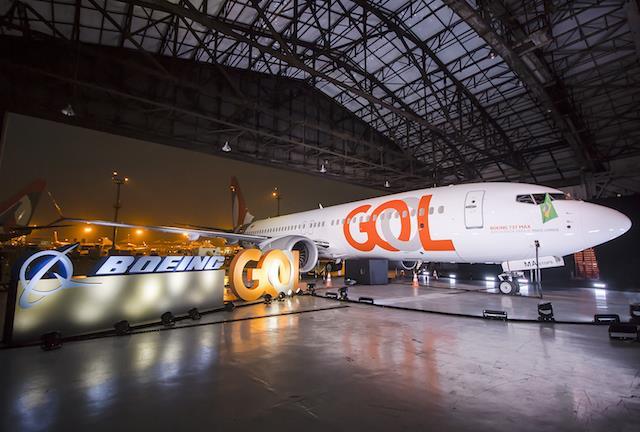 Another milestone was reached today in the return of the Boeing 737-MAX aircraft to commercial service, after the Brazilian Aviation Authority (ANAC) cleared the type to return to revenue service following a period of 20-months of grounding in Brazil.

ANAC made an announcement late yesterday evening, 25 November 2020, withdrawing the airworthiness directive (AD) that was put in place to prohibit the type’s operation in Brazil. The lifting of the directive comes following the US’ Federal Aviation Administration’s (FAA) evaluation that technical improvements to the aircraft were sufficient to address safety concerns.

The statement issued by ANAC stated:

“We concluded on Wednesday to reauthorise the operation of the aircraft model Boeing 737-8 Max in Brazil,” the regulatory body writes on its website. “With a process of approximately two years, the validation of the modifications of the project was made by ANAC after the approval of the certifying authority.”

And Boeing’s President & CEO, David Calhoun, also added his congratulations, and relief, at the recertification:

“Boeing worked closely with the FAA and ANAC to meet their expectations to safely return the 737 Max to commercial service in Brazil. In the past 20 months [we have] conducted more than 4,400h of testing, including more than 1,350 flights”

The past twenty months have been turbulent for the Boeing 737-MAX program. Following two fatal crashes in Ethiopia and Indonesia, which killed 346 people in 2018 and 2019, a multitude of investigations were launched against the type, subsequently grounding it across the world and costing Boeing more than $20 billion in total.

Good news came from the US’ FAA earlier on November 18th, with the authority issuing a directive declaring the type safe to return to commercial operations. Adding onto this, European Agency – EASA – said earlier this week that it expects to publish a final airworthiness directive on the type by mid-January 2021 at the latest. Canadian authorities are expected to make a similar AD notice early next-year also.

Whilst the last few authorities confirm the safety of the type, the start of the type’s recertification in Brazil is a great step forward for the program and hails a global return to operations in the coming year. According to data by Cirium, Brazil’s GOL Airlines – which exclusively operates a fleet of Boeing 737 aircraft – will bring seven of it’s current examples out of storage back onto commercial routes and has 95 further examples on-order.

What are your thoughts on the 737-MAX? Will you feel safe flying on it once it returns to service? Let us know in the comments below.