Eastern Airways marks its return to Birmingham Airport with the launch of its new service British Overseas Territory of Gibraltar. The route will be operated by the airline’s Embraer E-Jet fleet, providing a twice-weekly service, all year round.

The popular route was previously served by Monarch but has since been unserved from Birmingham Airport for four years, following Monarch’s collapse in 2017. This new route will once again re-connect the Midlands region to the sunshine destination of Gibraltar, located on the Iberian Peninsula, which is currently open for travel after being placed on the green-list for international flights. It is thought the new route will also connect business and leisure markets to give a much needed boost in tourism to the Gibraltar area. 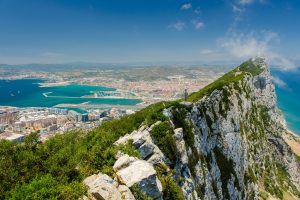 Vijay Daryanani MP, Minister for Business, Tourism, Transport & the Port for the  Government of Gibraltar said,

“We warmly welcome Eastern Airways new service, opening up another catchment area for Gibraltar. The service will be another boost to our tourism and business communities. We look forward to working with the airline on more opportunities for the future.”

“What a welcome sign of summer and return to enjoying the sun in the Mediterranean this first service from Birmingham to Gibraltar route marks. Being on the green list of destinations with a wealth of quality hotels, beaches, water-sports and heritage, this British Overseas Territory offers an exciting short-break destination aside from its role in UK business.”

There are exciting times ahead for the airport who was recently awarded Airport Health Accreditation status in recognition of its best health and hygiene practices during the pandemic. In April, Birmingham Airport recently announced the launch of its new summer 2021 routes with EasyJet and EasyJet Holidays by offering new flights to popular beach destinations such as Majorca, Málaga, Alicante, Faro and Corfu to give Midlands customers even more choice for booking a summer holiday. In the same month, the airport also launched two new Italian flight routes to the stunning islands of Sicily and Sardinia, and later added new low-cost flights to Turkey with Turkish Airline, AnadlouJet.

“It is great news to have Eastern Airways as a partner airline at Birmingham Airport again offering customers the chance to fly direct to Gibraltar.  We look forward to working with Eastern Airways to offer customers more destinations direct from their local airport.”

Would you fly to the new Gibraltar route from Birmingham Airport? Let us know in the comments below.