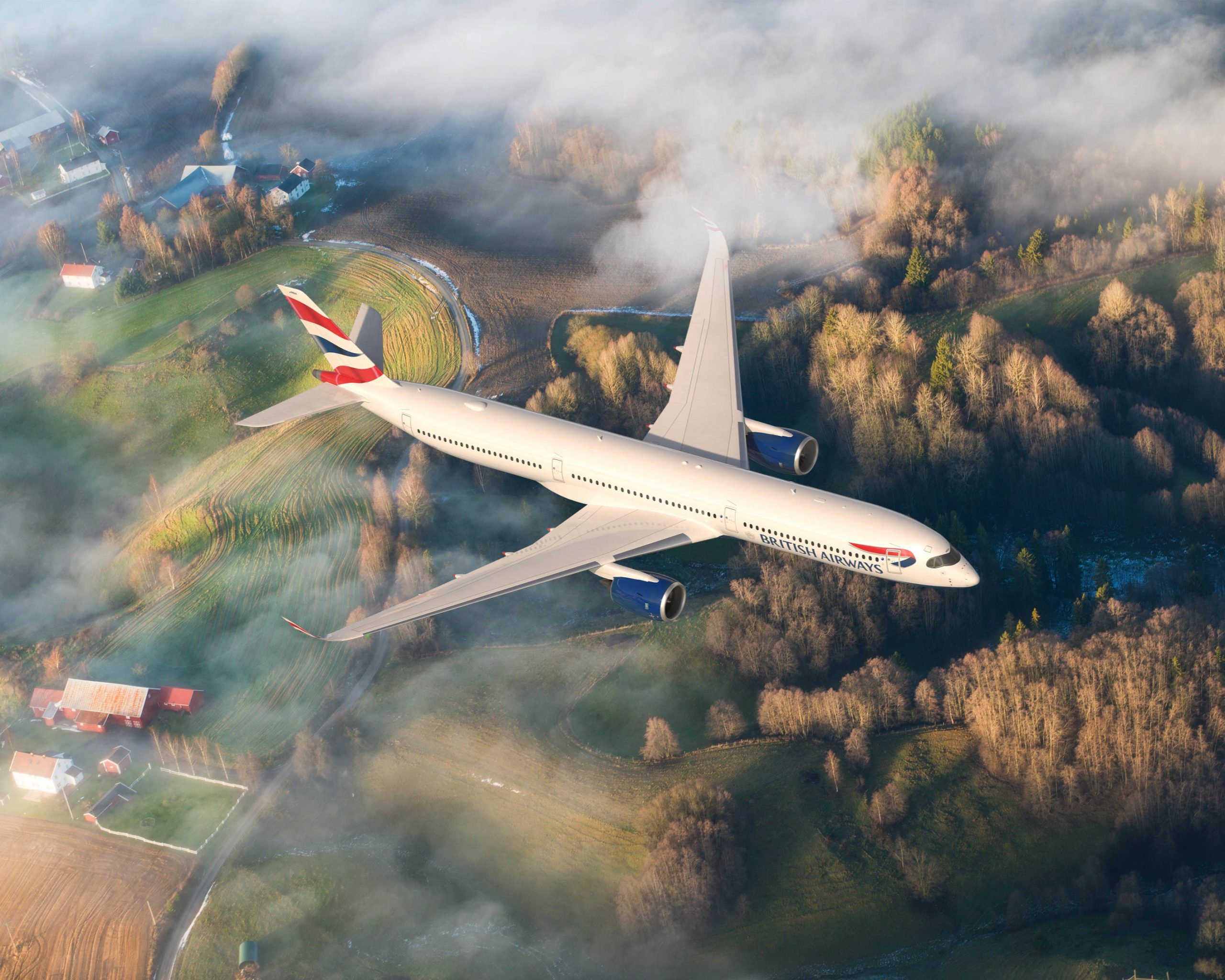 BA has a rigorous carbon offsetting plan, with the aim of Carbon Neutrality | © Conde Nast

Details of the LanzaJet Partnership

The partnership will see British Airways invest in LanzaJet’s first commercial scale Freedom Pines Fuels facility in Georgia, USA and acquire cleaner burning sustainable aviation fuel from the plant. It expects the fuel to be available to power a number of its flights by the end of 2022. In addition, the partnership will involve LanzaJet implementing early stage planning and design for a potential commercial facility for British Airways in the UK.

The plant in Georgia is due to begin construction this year. It will convert sustainable ethanol (a chemical compound widely blended with petrol to reduce its carbon intensity) into sustainable aviation fuel using a patented chemical process. The fuel produced at the plant will deliver a reduction of more than 70 per cent in greenhouse gas emissions compared to conventional fossil jet fuel, equivalent to taking almost 27,000 petrol or diesel cars off the road each year.

The sustainable aviation fuel produced by LanzaJet is made via the LanzaJet™ Alcohol to Jet (AtJ) Process, which can use any source of sustainable ethanol, including, but not limited to, ethanol made from non-edible agricultural residues such as wheat straw and recycled pollution.

The development and use of sustainable aviation fuels is a major focus for British Airways and forms part of the airline’s commitment to achieving net zero carbon emissions (Carbon Neutrality) by 2050 through a series of initiatives, both short and long-term. The airline has an existing partnership with sustainable fuels technology company Velocys, with the goal of building a facility to convert household and commercial waste into renewable sustainable jet fuel in the UK. Fuel could be produced by 2025. British Airways’ parent company, International Airlines Group, will be investing US$400 million in sustainable aviation fuel in the next 20 years.

Speaking about this landmark partnership for the airline, CEO Sean Doyle said:

“Despite the crisis in global aviation, it is vital for our future that we continue to address climate change and we remain focused on playing our part to reduce the impact we have on the planet. For the last 100 years we have connected Britain with the world and the world with Britain, and to ensure our success for the next 100, we must do this sustainably.

Progressing the development and commercial deployment of sustainable aviation fuel is crucial to decarbonising the aviation industry and this partnership with LanzaJet shows the progress British Airways is making as we continue on our journey to net zero.”

British Airways has a clear roadmap to meet its net zero 2050 target. In the short-term, the airline is improving its operational efficiency, flying more fuel-efficient aircraft and introducing carbon offset and removal projects. The airline currently offsets emissions on all flights within the UK and offers customers the option to voluntarily offset their emissions if travelling further afield. In the medium- to long-term, in addition to the airline’s investment in the development of sustainable aviation fuel, it is also looking at technological solutions such as zero emissions hydrogen aircraft and carbon capture technology.

The UK Government has made bold plans for carbon neutrality and sustainability in the UK, with the country’s Green Revolution being announced in 2020 by Prime Minister, Boris Johnson. Speaking about LanzaJet’s aims to meet this, the company’s CEO Jimmy Samartzis said:

“Our world is at a crossroads on climate change and our industry is at inflection point, prepared to accelerate the energy transition that is needed. We are delighted to welcome British Airways to the LanzaJet family. Low-cost, sustainable fuel options are critical for the future of the aviation sector and the LanzaJet process offers the most flexible feedstock solution at scale, recycling wastes and residues into SAF that allows us to keep fossil jet fuel in the ground. British Airways has long been a champion of waste to fuels pathways especially with the UK Government. With the right support for waste-based fuels, the UK would be an ideal location for commercial scale LanzaJet plants. We look forward to continuing the dialogue with BA and the UK Government in making this a reality, and to continuing our support of bringing the Prime Minister’s Jet Zero vision to life.”

British Airways and LanzaTech are also part of the Jet Zero Council, a partnership between government and industry to drive forward the UK Government’s net zero-emission ambitions for the aviation and aerospace sector, with a focus on sustainable aviation fuels.

LanzaJet was launched in June 2020 and is a spin-off from leading biotech company LanzaTech. British Airways will be joining LanzaTech, Mitsui and Suncor Energy as investors in LanzaJet. With the addition of British Airways, LanzaJet now plans to develop a further four larger scale plants operating from 2025, producing a pipeline of sustainable aviation fuel and renewable diesel made from sustainable feedstocks, to support and enable the global decarbonisation of the aviation sector. It’s hoped that some or all of these plants will be built in the UK subject to improved Government policy support for waste-based sustainable aviation fuels.

Founded in New Zealand, LanzaTech is based in Illinois, USA and employs more than 170 people, with locations in China, India and Europe.

What are your thoughts on this announcement towards sustainable fuels? Let us know in the comments below!

London Southend Airport to be carbon neutral by 2027