South Africa’s new domestic carrier LIFT has made a bold entrance to the region’s aviation market since launching in December. The carrier says COVID-19 has proven that a supply-driven‚ high-debt airline model is not a sustainable approach and the time is now right for a demand-driven, flexible and agile business.

The carrier’s mission is ‘to demonstrate that South Africa can compete with the best while keeping customers at the centre of our operations’. The airline is a joint venture between Gidon Novick, Jonathan Ayache and South African-based ACMI (Aircraft, Crew, Maintenance, and Insurance) specialist Global Airways. It currently operates one of the world’s busiest domestic routes, Capetown–Johannesburg, and has a number of other routes under consideration, including international destinations such as Zimbabwe.

Jonathan Ayache‚ CEO of LIFT who was interviewed as part of AviaDev Africa’s thought-provoking programme during the first day of the event, says the carrier’s flexible and agile business strategy that utilises the ACMI model means that it is only paying for aircraft when it is actually flying. It has an all-Airbus fleet available when required and the airline’s customers also reap the benefits of this flexibility – they can change or cancel flights as and when necessary and get a 100% refund to their LIFT Wallet to use at a later date. Currently, LIFT’s customer base consists mostly of leisure travellers but Ayache says that as business travel recovers, this will bring that market segment into the carrier’s focus too. 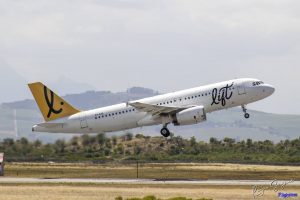 Turning a challenge into a success

Ayache was previously Head of Operations for Uber in Sub-Saharan Africa. Having launched Uber in Africa in 2013, he says the experience he gained at the company gave him invaluable insight into how to make a huge challenge into a success. “Just because something is a crazy idea, it doesn’t mean you can’t do it”, he stated, explaining that after launching the completely new concept unheard of in the region previously, today, millions of people use Uber in Africa and this is the sort of experience he brings into the table at LIFT.

Ayache says the teams working across the carrier’s operations are a massive part of its success so far. The airline has been very fortunate to employ highly experienced people from a big pool of talent that has been created due to job cuts caused by COVID-19 at other airlines.

The carrier’s focus is on its customers and sustainable growth, Ayache says. However, he stresses that one of the biggest risks is to try grow too quickly. “This is something larger players have done – and they have taken on huge debt to achieve it.” Regarding customers, they are in the heart of the carrier’s strategy: “I want to make sure we keep pushing the boundaries when it comes to creating the best possible customer experience.”