Australian Prime Minister Scott Morrison has announced a A$ 1.2 billion (£670 million) aid package called “Ticket to recovery” that will provide up to 800,000 subsidized domestic flights to 13 Australian destinations to kick start tourism after more than a year of travel restrictions and closed borders.

The tourism industry in Australia, that employs 5% of the nation’s workforce, has had to rely very heavily on the country’s wage-subsidy scheme after its A$60 billion (£33.3 billion) a year turnover has been almost eliminated due to the anti COVID-19 restrictive measures. And since the scheme is due to end at the end of March, the Government has launched a sector-specific domestic package to help tourism get back on its feet while international borders will remain closed until 31 July. 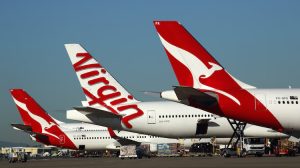 Virgin Australia and Qantas may be receiving a government subsidy. ©Rob Finlayson

The scheme will subsidy 50% of the airfares to some tourist destinations that are heavily reliant on air travel, such as Alice Springs, north-west Tasmania and some other popular destinations in Queensland, while airlines will ensure there will be enough connections to the main urban centres in Australia so that people will be enticed to take a trio there.

Six of the initial 13 locations are in Queensland, including the Gold Coast, Cairns, the Whitsundays, Prosperine, Hamilton Island and the Sunshine Coast. Other destinations include like Merimbula in NSW and Devonport, Launceston and Burnie in Tasmania

Remote locations Broome in Western Australia, Alice Springs and Lasseter region in the Northern Territory are also on the list, as well as Avalon airport in Melbourne and Kangaroo Island in South Australia.

“We need Australians to do their patriotic duty and book a holiday this year,” trade minister Dan Tehan said as the Government announced the initiative which includes also a plan to offer loans of up to A$5 million to tourism businesses such as tour companies, with a two-year repayment holiday to allow them restart their operations, Reuters reports.

Prime Minister Morrison also announced that new subsidies will come once international borders are opened again next August: Qantas and Virgin will be receiving more cash injections to keep 8,600 workers employed, so that planes are kept in “flight-ready conditions” and international services are being maintained at pre-pandemic levels.