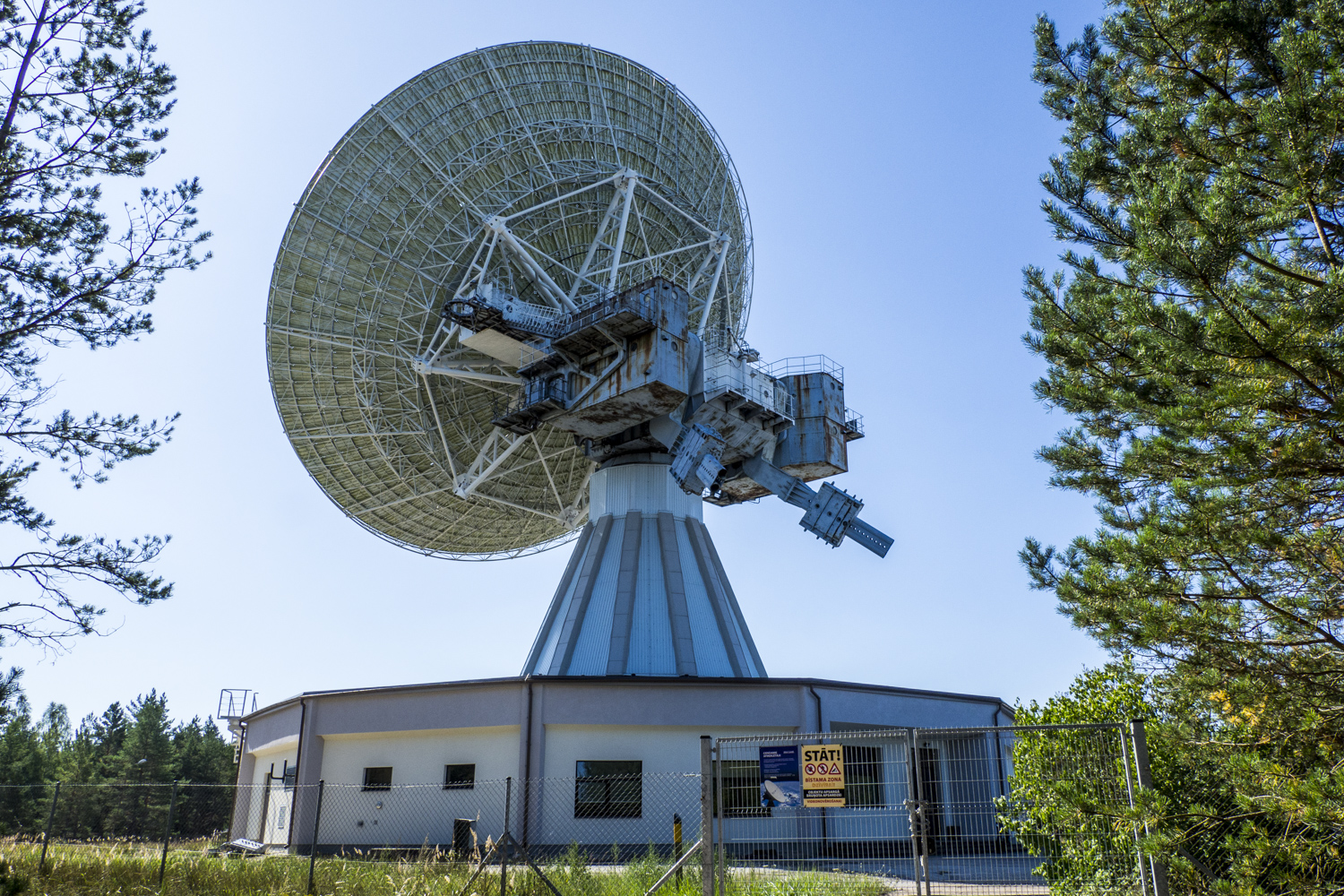 An Adventure in an Old Soviet Radio Station in Latvia

Since Latvia, one of the Baltic Countries, emerged from Russian domination in 1991 it has been acquiring a reputation as an interesting tourist destination. This is partly due to some ingenious transitions of secret Soviet installations to intriguing attractions such as Ventspils International Radio Astronomy Centre

A Soviet Listening Station in Latvia

In 1974 the Soviet military established a secret listening centre in the woods near Irbene. It consisted of three radio telescopes. The largest one, a 32-metre telescope, was known as the Starlet.  This one, it is thought, was used to listen to conversations between Europe and the United States during the Cold War. It remained secret until the 1980s when the Americans became aware of their presence.   The entire operation which included a large population of workers and their families moved out when Latvia regained its independence in 1993. The Latvian Academy of Sciences took over the facility.

Although the Soviets did a lot of damage to the radio station when they left they did not completely destroy the antenna dishes.  The Latvian Academy has been able to repair and renew two of the radio telescopes. Today they use them to observe and study outer space. Members of the public can enter the site to see the high-tech astronomy centre amongst abandoned Soviet apartment blocks and military installations. Guided tours are available.

A Tour of Ventspils International Radio Astronomy Centre in Latvia

Arnis, a technical worker at the radio station, was my guide. We started with a six-hundred-metre walk along the cable tunnel. This tunnel housed the cables that went from the technical building to RT-32, the largest of the radio telescopes.  In the unlit sections, I had to use the torch on my mobile phone.  I emerged from the tunnel in front of RT-32 that towered above me. We walked back to the astronomy centre across the empty and desolate space that surrounds it.  I followed Arnis inside the radio tower.

The radio tower has four floors linked by iron ladders. It was a fascinating tour.  There is rusting

equipment scattered around its small rooms.  And bright drawings done by school children who have visited the site cover some of the walls.  When I reached the top floor I went outside to climb up to the roof.  I used a metal ladder that clung precariously to the outside of the building.  RT-8, the smallest of the three radio telescopes, once stood here. The middle-sized one, RT-16 was sitting on the ground below me.

It was a real adventure and there was more to come; a jeep ride through the huge forest that surrounds the radio station.  It has returned to its natural state and today it is popular with lovers of outdoor pursuits.

Read Article
On the occasion of Breast Cancer Awareness Month, Qatar Airways is providing its passengers with a unique experience…
Read Article
Nigerian aviation requires $5 billion to upgrade the efficiency of its airport infrastructures, a necessary investment for its…