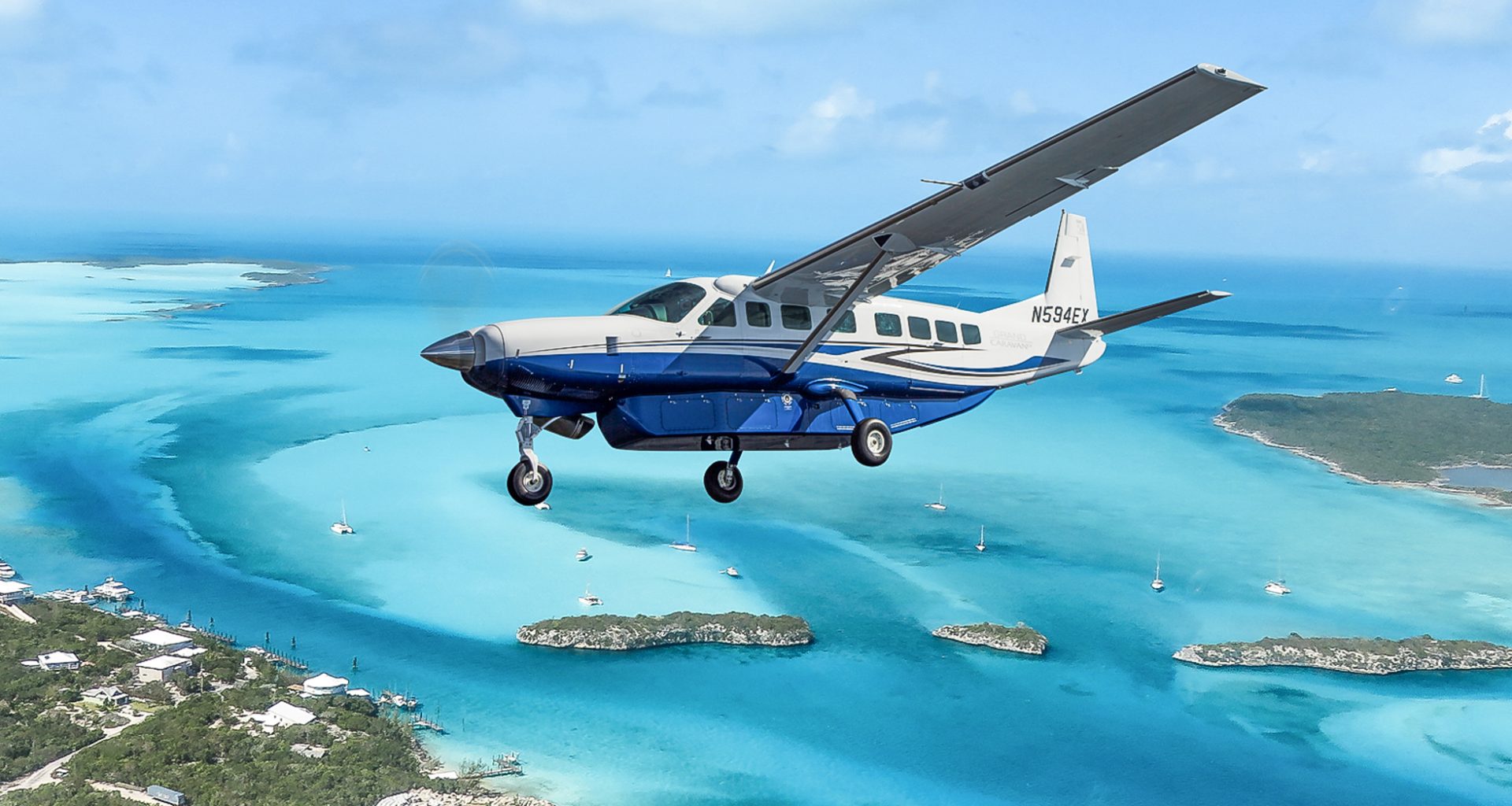 There are two reasons you visit the Bahamas. The first is for the sumptuously styled resorts and postcard beaches. The second is for tax evasion. Seeing as we are all about aviation, we want to streamline your holiday experience through the power of aviation. As for the latter, we’ll leave it to your accountant.

After our first article exploring airports that lie within spitting distance of a world-class beach, I’m travelling to the Bahamas (virtually, sadly) to explore commercially-active airports that come with their very own Bahamian beachfront paradise. Thankfully, given the size of most islands, there’s a lot of airports that fit the bill. However, getting to them may not be as easy as hopping on a bus! Some beaches are nestled away in coves only accessible by boats, some are on desert islands, and some are obstructed by the airport itself. But if you just can’t wait to hit up a Bahamian beach when you touch down, these are the airports for you!

We start our Bahamian airport-beach search in the outer lying islands where fish outnumber humans, and the landscape has remained virtually untouched since the dawn of time. Spring Point Airport serves Acklins Island, one of several tiny islands situated on a large shallow lagoon called the Bight of Acklins. The island is so remote that it is closer to Cuba than its own capital, Nassau. The airport is served by a sole airline, Bahamasair, with routes to and from Nassau and Colonel Hill.

Within just three minutes of the tarmac is your first beach, an unnamed stretch of white sand sitting on pristine, transparent Bahamian water. Its only landmark is quite literally the end of a sandy road and a concrete fishing pontoon. If you’re feeling adventurous, a ten-minute drive to Abraham’s bay on the east side of the island will be sure to impress you. With beaches stretching beyond the horizon and water so shallow you can count scales on the fish, the last thing you’ll be concerned about is finding your hotel.

If the constant barrage of paradisiacal beaches and flawless shorelines get boring, Acklins Island is famous for another recreational pastime. Boating is very popular. The 500-square-mile lagoon is a haven for water activity from snorkelling, diving to bonefishing. For most of the 1000-square-foot lagoon, water fails to surpass knee height making Acklins Island an aquatic playground.

Another fun fact about Acklins & Crooked Island is that it does, in fact, have a beach runway. Colonel Hill airport serves Crooked Island, which runs a service between the two islands. While having a runway that spills over onto the beach is impressive, the beaches don’t compare to Acklins Island.

Island life is the phrase that comes to mind with Cat Island. Its unspoilt beauty and charming local character are the highlights, but this remote, unassuming spot in paradise is more than just a traditional Bahamian beach destination. There are two commercial airports serving the island—Arthur’s Town Airport in the north and New Bight Airport in the south. However, just one has access to a truly iconic beach within five minutes drive of the runway.

Fernandez Bay, a shallow water haven hugged by flawless white sand, is just a five-minute drive from the airport. Once there, you can kick back on the beach or hit the Fernandez Bay Village Tiki bar for an ice-cold beer. For the intrepid explorer, a short drive across to the deserted east side of the island will reward you with red lagoons and miles of Bahamian beach all to yourself.

The Exumas may be known for their sapphire-blue waters, super-exclusive resorts and privately owned secret islands. However, above all else, the Exumas are known for being the birthplace of the Bahamian swimming pigs. Staniel Cay Airport, while not directly next to Pig Beach, is just a quick boat trip to Big Major Cay, where the famous four-legged swimmers reside.

The airport serves Staniel Cay, a small inhabited island among a chain of 365 islands that make up the Exumas. Flamingo Air is the main airline running a frequent service between the island and Nassau. However, Makers Air and Titan Air also have offices at the airport. Within minutes of the runway lies a boat service that will whip you away to some tourist-friendly swimming pigs. However, if you are in the market for something a little bit more private, a ten-minute drive will take you to the northeast side of the island to secluded footprint-free beaches.

Whether you prefer a fishing island, a laid-back secluded island or an island made famous by swimming pigs, there’s something for everyone in the Bahamas. Better yet, it’s rarely more than ten minutes from the airport!

Which Bahamian island airport are you travelling to? Let us know in the comments!

Mandatory Home Quarantine For All Foreign Visitors in India