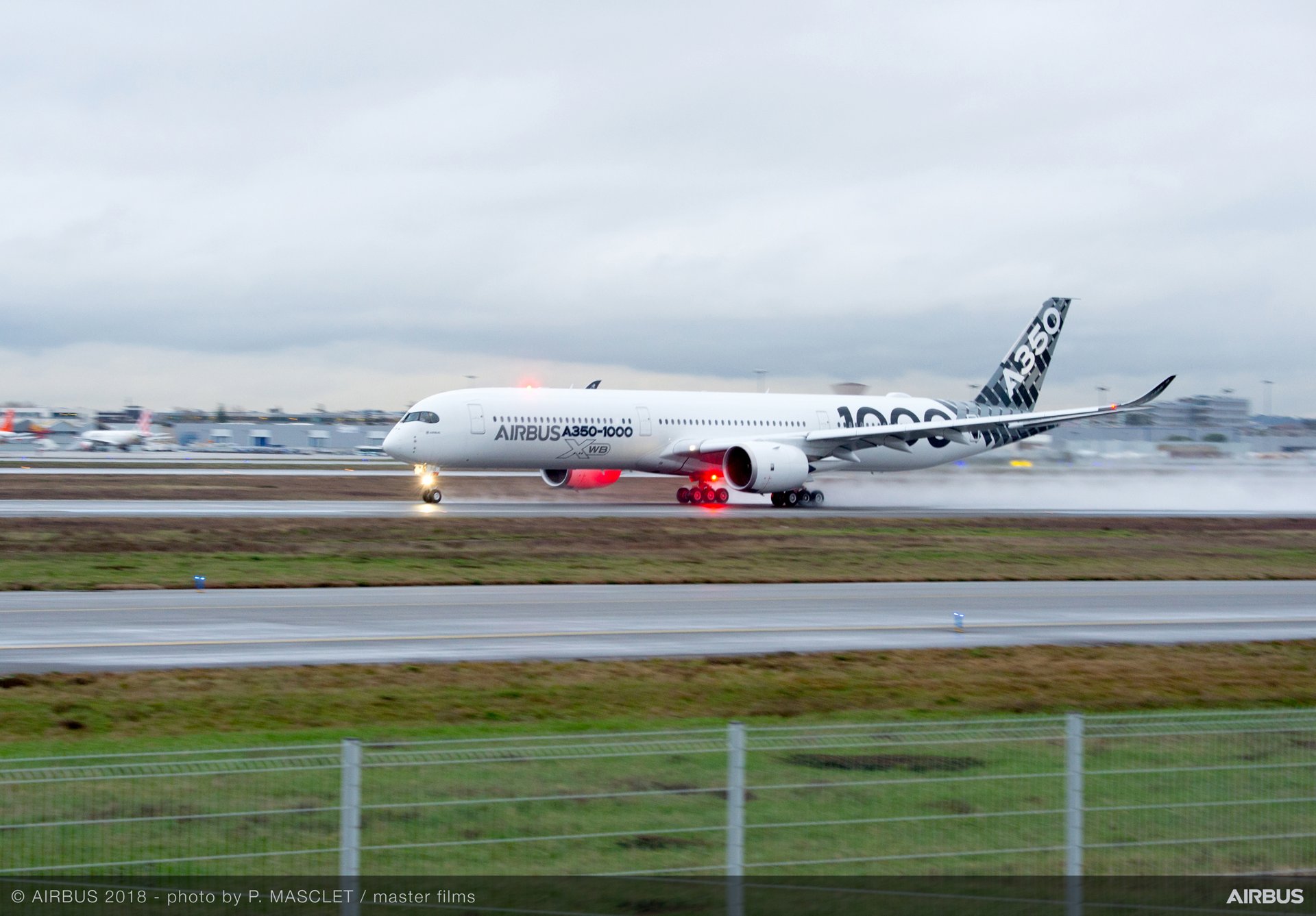 As part of the Autonomous Taxi, Take Off and Landing (ATTOL) project, an A350-1000 with two pilots, two flight test engineers and a test flight engineer conducted a series of eight take offs over a four-and-a-half-hour period from the company base at Toulouse in France.

While automated landings using the Instrument Landing System (ILS) have been used since 1938, that system relies on ground-based transmissions, whereas the Airbus automated take off is entirely internal to the aircraft.

The chief test pilot, Captain Yann Beaufils reported that the system operated as expected. ‘We moved the throttle levers to the take-off setting and we monitored the aircraft. It started to move and accelerate automatically maintaining the runway centreline, at the exact rotation speed as entered in the system. The nose of the aircraft began to lift up automatically to take the expected take-off pitch value and a few seconds later we were airborne‘, he said. The system uses image-recognition technology to maintain the runway centreline.

The next stage will be automatic vision-based taxi and landing sequences later this year. The company says that the technology is not an end in itself, but a means to improve safety, air traffic management and to address pilot shortages. They emphasise that these technologies are intended to support not replace pilots.

Nevertheless, the Swiss bank UBS has suggested single-pilot commercial and cargo aircraft could be available in the next five years, their calculations indicating single pilot operations could save as much as $15 million in salary, training, fuel and insurance costs.

Read More
Isn’t it frustrating to switch off your phone and not stay connected with your friends through social media…
Read More
An in-flight experience would not be complete without in-flight entertainment. A collection of movies, music, and more to…
Read More
A Passenger Confidence Tracker undertaken by Inmarsat Aviation was a central feature at the recent FLIGHTPLAN event.  The…