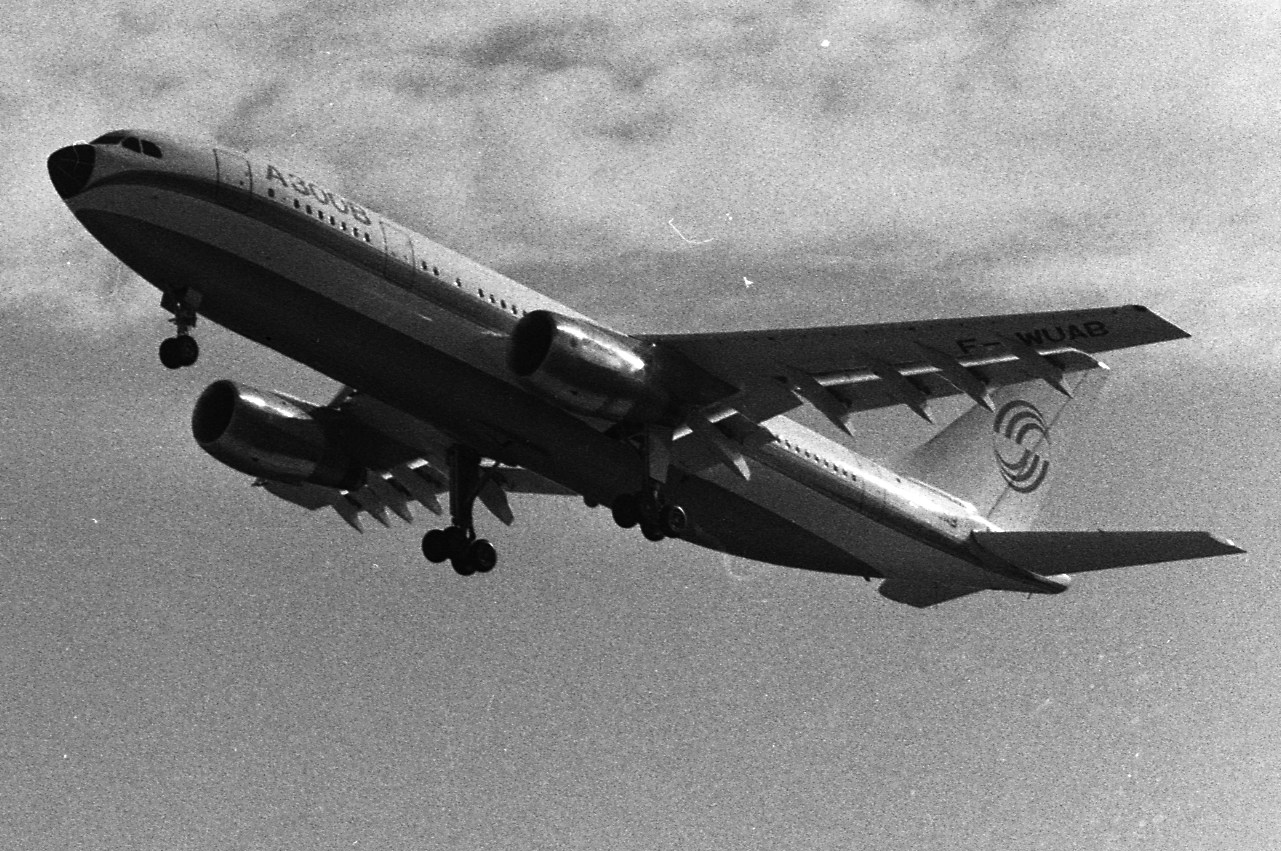 Home A300: The First Airbus

Four decades ago the Airbus adventure started to produce an innovative aircraft-the A300–to challenge the then market best sellers. The A300 was the world’s first twin-engine wide-body and the first Airbus model built. Back in the 1960s,  a small number of European countries came together to bring the best technology none of them could exploit alone, producing a jet that could carry between 200-250 passengers. Germany and France reached an agreement in May 1969 to formally create Airbus Industrie, resulting initially in the A300.

The story behind Airbus A300

Post World War II, American companies dominated the global aircraft manufacturing business. So, in 1969 Airbus decided to produce a challenger leading to the design of 300-seat A300. The project intended to build a smaller, lighter and economically viable aircraft better than the industry standards McDonnell Douglas DC-10 and Lockheed L-1011 TriStar.

The construction of the A300 was a pan-European exercise. The United Kingdom manufactured wings and transported them to Germany. Germany built the fuselage and control surfaces and fitted the wings before transporting it to Toulouse in France for the final assembly. Engines came in from the US. France designed and produced the aircraft’s nose. Spain which joined the consortium later and sent the tail assembly.

Many parts were moved across Europe via rail, water and road transport, and long road convoys carrying aircraft assemblies were transported across Europe attracting huge crowds – a custom followed even today by Airbus.

Airbus revealed the A300 to the public in September 1972 in a joint ceremony with another marvel that created history – the supersonic Concorde. A month later the A300 performed its first test flight undergoing stringent tests by pilots Captain Max Fischl and aided by Bernard Ziegler. The first test flight was awe-inspiring as it landed in heavy crosswinds.

The aircraft entered service in 1974 with Air France. Initially, it gained a reputation as a reliable jet although it faced difficulty in getting orders due to the oil crisis in the 1970s. Three-engine powered aircraft was an industry-standard back then leading to scepticism whether the A300 could fly long-range with just two engines. Airbus wasn’t sure if they would survive due to limited funds, but it gave them a boost when US-based Eastern Airlines ordered 19 A300s.

Few innovations make this aircraft a special one. The A300 also became the first aircraft to receive ETOPS certification due to its performance and safety standards. The cabin floor on this aircraft was raised to accommodate cargo and passengers at the same time – helping airlines make more money. The A300 spawned many models. One model that gained much interest was the Airbus A300-600ST.

With more than 600 aircraft sold, (production now discontinued ) A300s operated as passenger, cargo, military and VIP jets. Today 200 out of the 650 A300 that operate could fly until 2025. As the world moved forward, later models were sold with upgraded technology such as electronically controlled slaps, flaps, and glass cockpit displays.

To read more about aircraft that created history such as the Boeing 707, click here!

Wizz Air Fires 20% Of Its Staff

Read More
This month Birmingham Airport launched its new onsite Covid-19  ExpressTest Drive-through service.  The Fit to Fly testing service…
Read More
The US Air Force has confirmed that an F-15C Eagle crashed into the North Sea around 9.40 am…