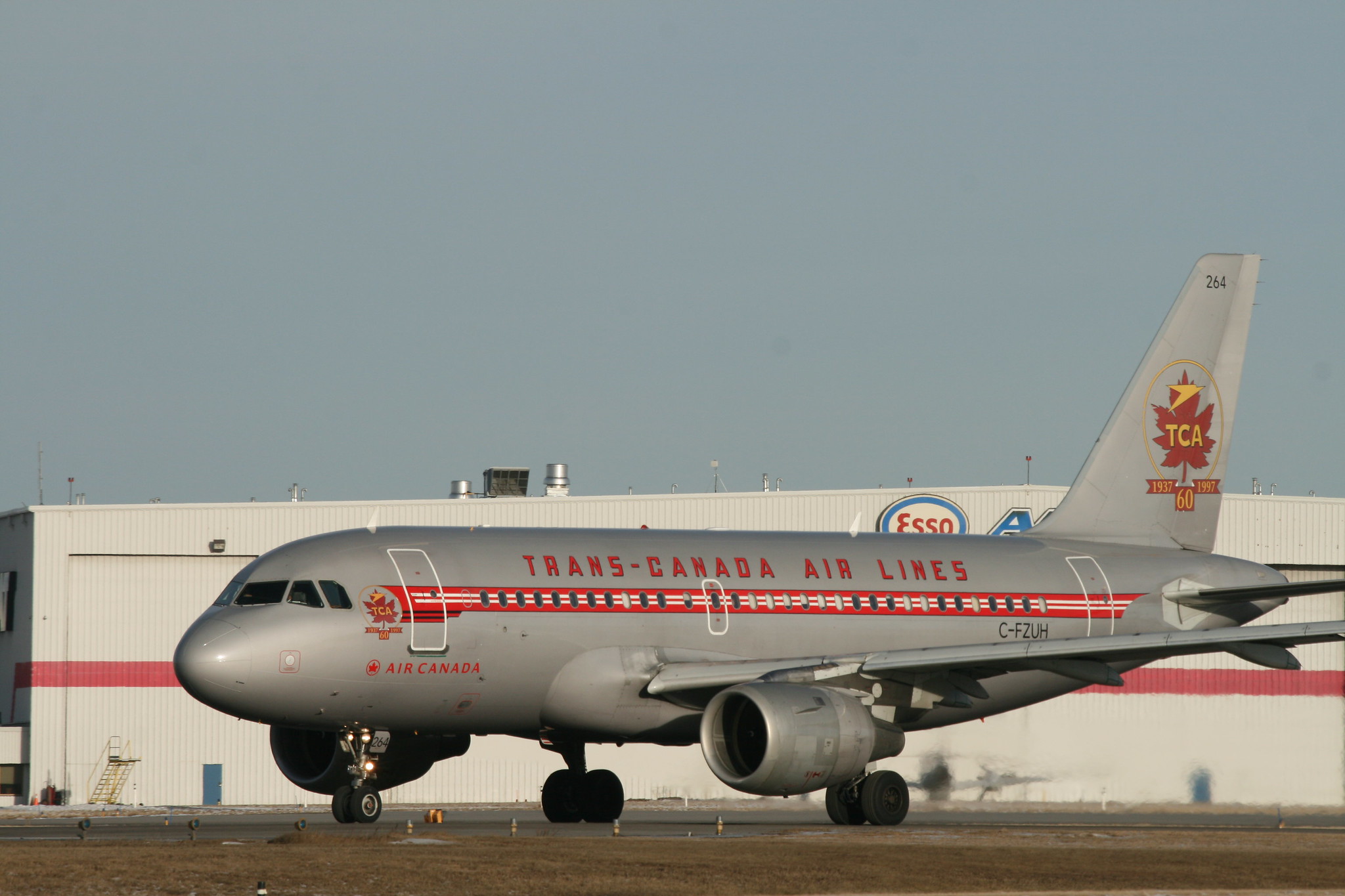 Air Canada recently welcomed the new A220-300 RetroJet to its official service. Over the past couple of weeks, the aircraft has made several impressive flights around Montreal’s Mirabel Airport, which has delighted airport passengers and aviation enthusiasts.

The new A220 aircraft has been transformed in the original livery of grey and red stripes to commemorate the airline’s former carrier, the Trans-Canada Air Lines (TCA), founded in 1937. In 1965, it was re-branded as Air Canada, which it is still known as today. Then in 1997, an Airbus A319 was painted in the same livery as the original aircraft to celebrate Air Canada’s 60th anniversary.

The A319s officially retired from service in January 2021 after 24 years of service. Just a few months later, it was revealed that the new A220 RetroJet would also be decorated in the same livery as the former TCAs in tribute to the airline’s proud heritage.

The latest RetroJet will replace Air Canada’s pre-existing mainline fleet and has the capacity to fly to some of the country’s largest airports, including Montreal, and to the West Coast cities such as Seattle. The new A220 jets have come at the perfect time for Air Canada. They will enable the airline to operate more modern aircraft and move away from older, narrow and less efficient aircraft like the Airbus A319. The airline also hopes the latest RetroJet will attract new markets and generate more opportunities for growth.

It took nine days in total to paint the A220 and with the help of 75 employees of Air Canada to complete the distinctive and iconic look of the retro aircraft. In a step towards sustainability, the airline used 350 litres of paint using Socogel, a surface treatment solution that is chromium-free and has a low volatile organic compound (VOC) content. The new A220-300 RetroJet also has a 20% lower fuel burn per seat than industry standards, which supports the airline’s ambitions to create a younger and more fuel-efficient fleet.

The airline has big plans for the future of its newest aircraft and looks ahead to fully integrate the new A220 into the Canadian aviation scene and become a well-known flag carrier for Canada that is recognised across the world.

A spokesperson for Air Canada commented: “Designed and built in Quebec, the Airbus A220-300 is an integral part of Air Canada’s fleet modernisation, and each A220 includes parts from 30 companies that are based in or have activities in Canada, making this aircraft a true testament to the importance of the aviation sector in Canada.”

What do you think of Air Canada’s new A220-300 RetroJet? Let us know in the comments section below.

IATA Travel Pass Approved for Passengers Arriving in Singapore from May

Quarantine-Free Travel Between Australia and New Zealand From April

Read More
China Southern Airlines is retiring its fleet of five Airbus A380s. The airline has not formally announced the…
Read More
If you are planning on travelling soon and are seeking options, Etihad’s latest offering may interest you. The…