Air Canada is Canada’s national and largest airline. It operates from its primary global hub, Toronto (YYZ), and its corporate headquarters in Montreal. It carries millions of passengers each year to almost 220 destinations worldwide. 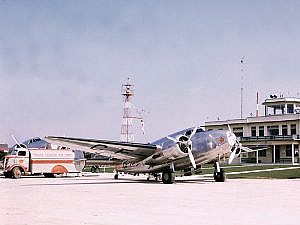 It began its journey in the form of Trans-Canada Air Lines (TCA) in 1937 with its initial fleet comprising of the Lockheed 10A Electra and Super Electra 14H2. Its maiden flight on 1st September 1937 carried only two passengers from Vancouver to Seattle. The young airline slowly developed its routes and fleet; began flying transcontinental routes in 1939 with its 12 Super Electras and six Lodestars.  It soon became the go-to choice for Canadians and thus renamed to Air Canada in 1965.

During 1945-1963, the airline operated the Douglas DC-3, the Vickers Viscount and the four-engine Canadair North Star DC-4M2.

Though the airline was progressing in the ‘70s with new aircraft, routes, and an increasing number of passengers; state agencies heavily regulated its operations and established a monopoly in the country. The Air Canada Act of 1978 placed it at a more equal footing with regional competitors; it became a fully owned subsidiary of the government but having limited control. Eleven years later, Air Canada was fully privatized. 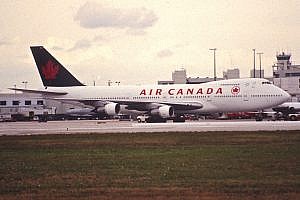 The year 1997 was a memorable one for Air Canada as it not only marked its 60th anniversary but it also registered record profits. The same year, it also founded Star Alliance alongside Lufthansa, Scandinavian Airlines System, Thai Airways International, and United Airlines; with the slogan:

The new century, however,  jostled the airlines into turbulent waters.  The airline filed for bankruptcy protection in 2003, and the German Deutsche Bank came to its rescue with an $850m bailout package. It emerged from the 18 month protection period, bruised but alive. It subsequently attempted to rejuvenate its fleet by purchasing many of  Boeing’s 777 and 787-8 aircraft. 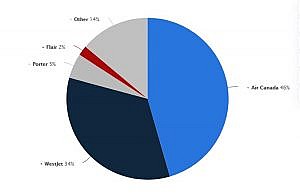 Air Canada –like all major airlines- has also struggled to cope with the ongoing crisis. In an effort to cope with diminishing finances, it plans to implement an extensive cost-cutting program.

On April 6th, the company extended its ‘Altitude Status’ (to provide relief) for members permitting them to gift their status to relatives/friends. It has also been operating charter flights for Canadian citizens who are stuck overseas.

If it fails to sustain itself, a government bailout will be the most likely outcome.

Best Seats? Here They Are..