Air Astana has announced it will be introducing a Meet & Greet service from 9 April for the airline’s passengers on arrival and departure at Almaty and Nur-Sultan airports, as well as a transit service at Frankfurt airport.

Air Astana, the flag carrier of Kazakhstan which was the first airline from Russia, the Commonwealth of Independent States and Eastern Europe to be awarded a four-star rating by SkyTrax at the World Airline Awards 2012, says the new service is going to smooth the passenger journey through the airport, with effortless completion of mandatory procedures currently required for international travel.

The departure and arrival escorts will meet passengers at designated entrance and exit points within the terminal in Almaty and Nur-Sultan and provide help with baggage handling, check-in and boarding and in Frankfurt, travellers will be met by escorts at the aircraft door or at the entrance to the terminal and provide expedited transfers for connecting flights for both passengers and luggage. 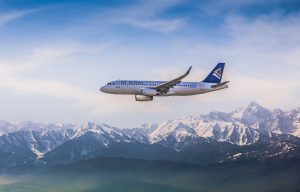 According to the carrier, the cost of the Meet & Greet service is 40 euros (tenge 20,000) per passenger at all three airports and can be booked at the Air Astana website.

Air Astana began operations in May 2002 as a joint venture between Kazakhstan’s national wealth fund Samruk Kazyna and BAE Systems. The carrier is a full-service international and domestic airline and also has a low-cost division, FlyArystan. Air Astana has been resuming operations recently, with direct flights between Almaty and Tbilisi, the capital of Georgia launched on 16 March in addition to flights to Moscow, Dubai, Tashkent, Frankfurt, Seoul, Bishkek, Kiev, Istanbul, Antalya, Sharm El Sheikh, the Maldives, Mattala in Sri Lanka and Hurghada in Egypt.

Have you used an airport Meet & Greet service? If so, let us know about your experience in the comments below!