A look at one of the world’s only beach runways

Of all the places in the world for there to be a beach runway, you wouldn’t expect it to be somewhere in the northern hemisphere. That’s why Barra Airport in Scotland is so special, exceeding all expectations of a stereotypical runway not just in the UK but anywhere in the world.

Opening in 1936, Barra Airport is one of the only places across the globe where scheduled flights use a beach as a landing strip. Famous for its beautiful scenery you may have even seen it in Martin Clunes’ 1994 film Staggered!

Located in the bay of Traigh Mhòr on Barra Island, the airport operates two flights a day transporting both tourists and residents to the mainland. Airline, Loganair uses De Havilland Twin Otters aircrafts to operate the flights to its only destination of the Scottish city of Glasgow. On average 8,500 passengers per year use this airport with 1,400 aircraft landings and departures a year. 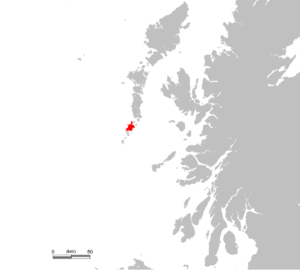 With such unpredictable beach conditions, the airport operates with three runways in the shape of a triangle. This is to ensure landings can be attempted in any direction of the wind. Flight times are also dependent on the tide which covers the runway twice a day. Wooden posts are used to mark the runway and survive against the daily battering of the sea.

During the day when the airport isn’t in use, the beach is open to the public and is popular for cockle picking. 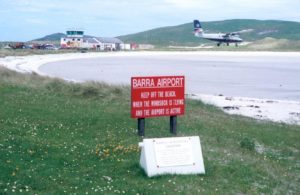 Barra Airport boasts one of the most surreal flight experiences and certainly serves as an important purpose for the community. I expect you’ve never thought of visiting this tiny island in the Outer Hebrides but it is surely one of the most unique places to land in the Western Isles if not the world…

Have you ever been lucky enough to land here or another beach runway? Let us know your experiences down below!

Boeing 737 Max to resume flights in Europe after two years