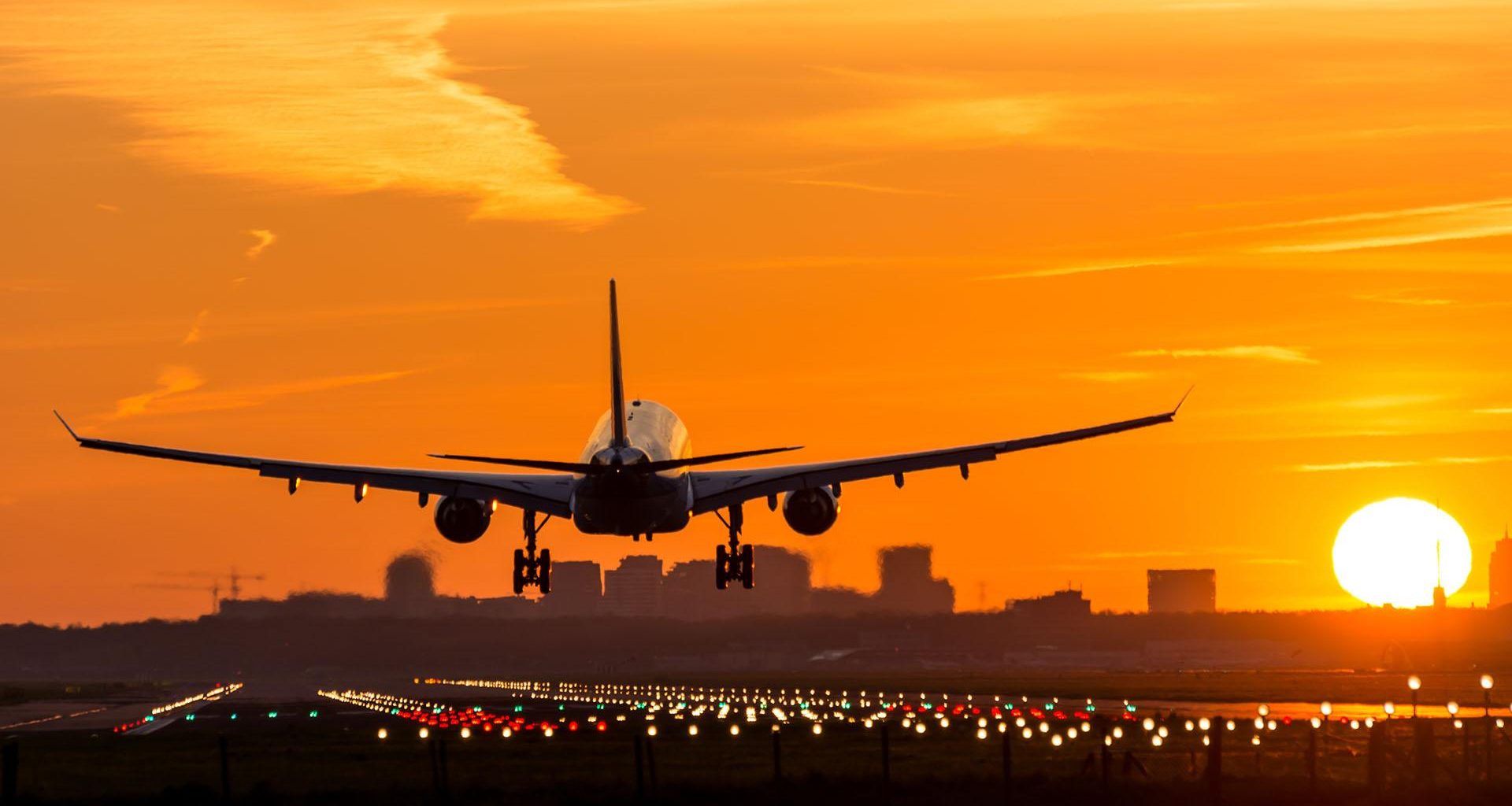 Today is the last day we ever fly in an aeroplane. Climate change is now irreversible. People will no longer be able to travel several thousand miles in half a day. The world’s largest economies will be irreparably damaged, and one of the largest industries in the world will crumble. Over 87 million people will lose their jobs, and around 4.1% of the world’s gross domestic product (GDP) will vanish overnight.

Cities reliant on travel will fall into disrepair. Major industries supported by international travel, such as finance, e-commerce and construction, will see a fallout greater than ever seen before. Families will be torn apart, and nations will be divided. The world would witness famine and poverty on a level never seen by today’s generation. Coronavirus was just a three-day free trial, climate change is the full programme with no refunds.

You might be thinking, why is an aviation publication saying today is the day we stop flying forever? We usually bring you the news, and we celebrate everything we love about aviation. But today is World Environment Day, and in honour of this day, we will be covering the most important issue the aviation industry faces, climate change.

Advances in aviation technology have connected the world like never before, created millions of jobs, brought communities and cultures together and proved pivotal in creating the world’s largest economies. Without aviation, the world wouldn’t have seen rapid advances in medical and telecommunication science. We wouldn’t have a wide range of food on our tables, and we would be significantly less intelligent.

But for many years now, aviation has provided us with a conundrum that no longer just threatens the existence of the industry but threatens our very existence. With greenhouse gases at the highest level in several millions of years, the earth is heading towards an unavoidable catastrophe. Those who deny climate change will inadvertently be unprepared when, not if, disaster strikes.

While aviation is not the single biggest cause of climate change, it certainly contributes negatively to the overall picture. By 2050, its thought that the aviation industry will contribute to 22% of all man-made carbon emissions. For decades, airlines and regulatory bodies have been introducing new ways the aviation industry can be kinder to the environment. So why does it feel like nothing has changed in the 30 plus years we’ve been talking about it?

What is climate change, and why should everyone be worried?

First of all, let’s debunk a myth. Yes, climate change is normal. You heard us say it. What isn’t normal is the rate at which climate change has accelerated over the last two centuries. Since the industrial revolution, man has been pumping out all sorts of toxic crap into the air. Over time, this has led to our air being polluted with gasses that let heat from the sun in and traps it within our atmosphere. However, it’s not as simple as that. Many other factors have contributed to climate change over the years, and it has left earth at the point of no return. Soon, we will be managing our demise rather than trying to reverse the effects of climate change.

How bad is climate change for the aviation industry?

Climate change isn’t just bad for us and the planet, but it will end aviation as we know it. So let’s go back to the opening line of this article, today is the last day we will ever fly in an aeroplane. Why is that?

Planes require highly combustible fuel. Fuel, when burned, emits byproducts which cause the type of climate change we are witnessing. Global warming, the type of climate change we are witnessing, causes the air to heat up, making it more difficult to fly planes. As the air heats up, planes have to burn more fuel, go faster and decrease their weight which effectively requires them to fly more frequently just to take off. In the last year, temperatures soared to new heights around the world. Canada saw a record heatwave which saw hundreds of commercial flights grounded. In London, it only took 35 degrees celsius to start grounding planes at London City Airport due to their shorter runway and heavy loads.

However, it’s not just the direct effects of climate change that will cause aviation to screech to an instant halt. As the world warms up and economies reach tipping point, fewer people will be able to afford air travel. Fossil fuels are running out, meaning conventional air travel already has an expiry date. But most of all, it’s becoming unpopular to fly with mass protest and shame groups targeting air travel.

If the problem is so obvious, why haven’t we solved it?

Like any major issue, there are levels to what we understand and the challenges we face to fix them. In the case of sustainable air travel, cost and time are amongst the biggest issues we face.

The cost of producing sustainable fuel far exceeds the returns in sales at this stage. New technologies such as hydrocarbon fuel cells will take an excessive amount of change, financial investment and time to roll out across the industry. Newer sustainable fuels currently being trialled such as biofuels also offer challenges such as the fact they are less energy-dense than traditional aviation fuel. This means planes can’t fly as many people and can’t fly as far.

Smaller initiatives such as carbon-neutral offsets for flights are helping airlines offset fuel emissions for select flights by using the extra fee to plant trees or contribute to environmental projects. However, in the long term, it will take a lot more for aviation to truly reach carbon neutral status.

While small efforts help, the answer to solving the impact of aviation on our climate lies within technology yet to be created. However, with the doomsday clock nearly at midnight, decisive action needs to happen now.

To honour World Environment Day, we have put together a list of ways you can help make air travel more sustainable while fighting global warming!

Most airlines now have a programme which aims to “give back” to the environment by charging you a small fee, usually no more than a few dollars. Your funds go to various projects around the world to offset your carbon footprint. Qantas are just one of many airlines offering this, with the flying kangaroo also offering incentives such as 10 Qantas points for every dollar spent on carbon offsetting. They also pledge to match your donation.

For shorter trips and casual journeys that are not constrained by time, opt for greener methods of transport such as electric powered trains, carpooling or economical ferries.

4. Attend meetings online rather than flying for a meeting

During Covid19, we saw a significant improvement in air quality where there were fewer daily flights. This was partially due to the fact we were working remotely every day for the first time. Less air travel meant less carbon dioxide was being emitted. So if you have a meeting that can be done online rather than flying to another city, you could be saving up to a metric tonne of carbon dioxide from entering the atmosphere.

5. Carpool or use public transport to get to the airport

Even getting to the airport emits greenhouse gasses. Consider options such as train, bus or ferry to get to your nearest airport. Also, consider flying from airports closer to your home where possible.

6. Reduce your luggage weight where possible

More weight onboard results in more fuel being burned during the flight. Every kilogram counts, so leave unnecessary things behind! Better yet, this option has a two-fold benefit. Not only are you reducing the amount of fuel being used, you save a lot of money by avoiding extra baggage fees.

In a world full of fake news and misinformation, it’s important you source your news about climate change from reliable places. Once you have learned the message, share this information with as many people as you can because saving the world is a 7.9 billion people job.

Make sure to do your part this World Environment Day and share the message as far and wide as possible. Use the hashtag #environmentday and tag us @thetravelradar in anything you post!

Embraer Pledges to Use 100% Renewable Electricity From 2024

Read Article
Ethiopian Aviation Academy (EAA) is a top aviation training academy in Africa and UTD Aviation Solutions. It is…
Read Article
Piedmont Airlines has come to the rescue for many pilots that worked for ExpressJet Airlines, which has recently…