Why Does My Airplane Ticket Cost So Much Money?

Airplane ticket prices are rapidly increasing. Once upon a time, tickets could be purchased for a mere $20 but now it would be almost impossible to find such tickets. Despite these being COVID-19 times, ticket prices are still rising as the costs of COVID-19 testing covers the discounts made by airlines to attract passengers. In this article, you will find out why ticket prices are so expensive and ways to find cheaper tickets.

Why is My Airplane Ticket So Expensive?

Here are some reasons for why your airplane ticket is so expensive:

Many Airlines are Disappearing

Due to the low demand for air travel,  many airlines are merging with others or going bankrupt. If they reduce their ticket prices, the prices will still be roughly the same for costs of COVID-19 testing will cover the discount. Since these airlines are disappearing, there is less competition and when that happens, there is less need for airlines to reduce their prices. For instance, Australia, one of the largest countries in the world, only has 4 main airlines- Qantas, Virgin Australia, Rex, and Jetstar. 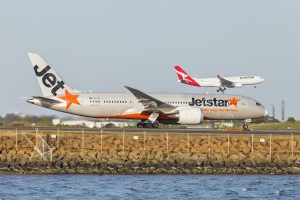 Ever since the 90s,  there has been a tremendous rise in fuel prices. For example in 1996, airline fuel costs around 60 cents per gallon. Now, it costs roughly $1.90 per gallon, but this rise in costs was bound to happen after 9-11 and the Great Recession.

Airline taxes and security fees have increased greatly. As a matter of fact, if you are intending on flying out of the United States, you will need to pay a September 11th Security Fee ($2.50),  Passenger Facility Charge ($4.50), US Immigration User Fee ($7) and many more. It is highly likely that almost half of your ticket cost comprises taxes. 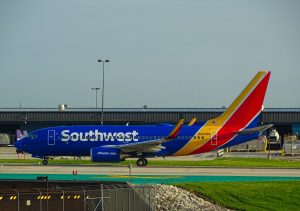 How Can I Find Cheaper Tickets?

Here are some ways you can find cheaper ticket prices:

Want to save money? Fly on a budget airline such as Ryanair, EasyJet or maybe even the new Breeze Airways, which recently started flying. Budget airlines typically have low prices around $40 for a round trip. However, do be sure that COVID-19 testing will be mandatory and may even be more expensive than the ticket, though it is still cheaper than flying on an international airline.

I highly recommend you to check multiple booking websites before you buy the ticket. Imagine the disappointment if you book the first ticket you saw, only to find one which is way cheaper. It is better not to take the risk and save your money by researching the many options that will be available.

Do you think airplane tickets are expensive? Comment below.