Based on ongoing cooperation in engine maintenance services with CFM International, this long-term collaboration agreement worth USD 10 billion will extend to services such as aircraft seats and interior supplies for the airline. Furthermore, Safran will also provide training and administrative advisory assistance to help Vietjet establish its MRO (Maintenance Repair and Operations) based in Vietnam.

Earlier this week, the airline had already sealed the deal with Rolls Royce for their services in engine maintenance on the newly acquired Airbus 330s. With the value reaching up to USD 400 million, the airline secures with the leading British multifunction aerospace provider, engine maintenance services for their Trent 700 engines to power their Airbus 330. Originally planned to start operation this year, the airline is set to operate from Vietnam to Avalon Airport near Melbourne, Australia as early as 2022.

Vietjet is Vietnam’s first privately owned airline with over 70 Airbus A320 and A321 in operation. The airline’s newly acquired A330s are currently waiting for approval from the Civil Aviation Authority of Vietnam. The airline is also the largest in terms of the number of domestic travelers carried, rivaling the country’s flag carrier Vietnam Airlines.

Safran S.A. is a leading French multifunctional aircraft engine and aerospace product manufacturer founded in 2005. Formerly known as Snecma, the company has been the pioneer in the designs and developments of aircraft and rocket engines throughout aviation history. Safran acquired Zodiac Aerospace back in 2018, further extending their product line to aircraft interior configurations such as galley equipment, cabin seat structures, and finishing. 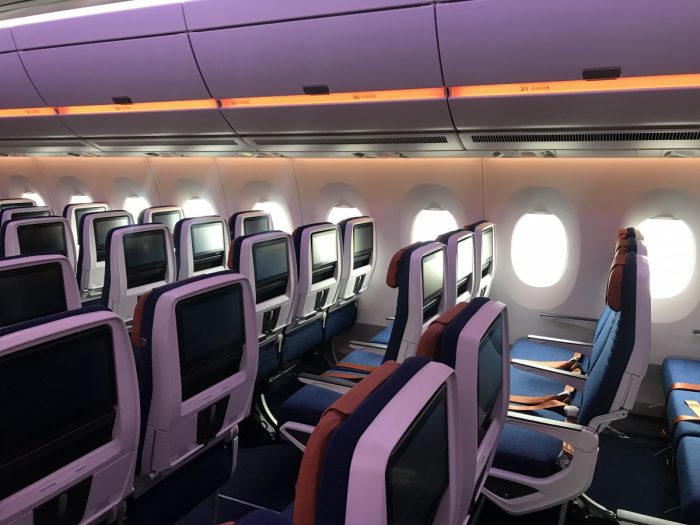 Safran is one of the leading aircraft interior providers © AP

Vietnam, which was recently released of lockdown, have their eyes on the rebound of the pandemic. The country has launched a four phase recovery plan to bring in international travelers. Find out more: click here

How Singapore Airlines Coped With COVID-19

Boeing 777X to Make its Debut at Dubai Airshow